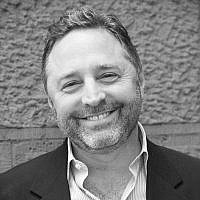 The Blogs
Daniel Sokatch
Apply for a Blog
Advertisement
Please note that the posts on The Blogs are contributed by third parties. The opinions, facts and any media content in them are presented solely by the authors, and neither The Times of Israel nor its partners assume any responsibility for them. Please contact us in case of abuse. In case of abuse,
Report this post.

The Biblical prophets knew how to get their message across. Thundering against injustice, reminding the children of Israel of their responsibilities and heritage, they established a tradition of speaking truth to power that is now, for our people, in its third millennium.

It appears that that tradition will need to be revived by those of us leading American Jewish institutions. What is happening in Israel, and what may happen now that Israel will apparently have a narrowly-based right-wing government that owes its election to ultra-nationalists, requires a very different set of responses from our community and our leadership.

Make no mistake, the Likud and its partners won a democratic election. Some analysts explain this as a product of the longstanding resentment of many Israelis for the Ashkenazi elite once embodied by the Labor party’s predecessors. Some remind us that the right’s meme of “managing the conflict,” when Palestinians are largely out of sight and out of mind, might seem reasonable to the average voter, given how Israelis construe their security concerns. And we ourselves, teamed with thousands of Israeli social-change activists, know that the progressive narrative in Israel is still at a disadvantage given the power and funding of the right, and that it will take time and resources to advance our values.

But neither the New Israel Fund nor other American Jewish organizations are going to have the luxury of waiting for the long term. The real focus should not be on the recent election but rather the shifting landscape in Israel that it reflects.

The truth is, the Prime Minister’s last-minute appeal to ultra-nationalism and exclusion and his seeming repudiation of a Palestinian state served to exacerbate an already polarized and ugly atmosphere that is very troublesome. No amount of patching up by the Likud’s political staff will erase a statement that posited good Arab voter turnout as a threat. No denial can erase Israel’s current Foreign Minister’s call to “behead” disloyal Arab citizens. No backtracking will disguise the Prime Minister’s rejection of the two-state solution, long the litmus test for mainstream Israel supporters here in the U.S.

Some Jewish organizations whose mantra is never to publicly criticize Israel may be able to hide behind the fig leaf of the Prime Minister’s post-election repentance. But looking at the larger picture, we all know better.

Among the first items on the agenda in the coalition contract between Likud and Naftali Bennett’s settler Jewish Home party is the revival of legislation to enshrine Israel as the country that privileges its Jewish citizens over every other citizen and resident, the so-called “nation-state” bill. It will be followed by re-introducing the bill that severely penalizes NGOs getting foreign government funding – all of which are social justice or human rights organizations and many of which hold a mirror up to the dreadful, anti-democratic nature of the occupation and settlement enterprise.

As veterans of previous battles for Israeli democracy, we believe that the worst excesses of an ultra-nationalist government may be headed off. Most anti-democratic legislation proposed in the 18th Knesset failed, and in the 19th Knesset centrist partners in the coalition forestalled serious threats. Many major American Jewish organizations spoke out last year against the nation-state bill, and we hope that they will remain outspoken when the Knesset political math is even more daunting.

But the outlook for minority rights and freedom of speech is still alarming. Although the Joint (Arab) List is now the third-largest party in the Knesset, our allies on the ground tell us that the new Admissions Committee law, which allows smaller communities to discriminate against new residents on grounds of “social suitability,” has hardened casual prejudice into legal precedent and is actively used to exclude Arabs from Jewish towns. The threats against Palestinian-Israelis, from the mobs roaming Jerusalem last summer calling for “Death to Arabs” to the Prime Minister’s divisive political strategy, have accelerated. This is going to require real grassroots work, among civil society organizations and others, taking on racism and incitement from the top down and the bottom up, and from across the ocean, when need be.

The challenges in building a truly shared society are not only coming from the ultranationalist right. The nasty remarks during and after the campaign from leftist spokespeople about religious Mizrachim and Russians make a mockery of what we think should be democratic, inclusive values. Making common cause with people who do not consider themselves progressive but with whom we share certain values, such as social and economic justice or religious freedom, is a much better way to change the power equation in Israel than contempt and dismissal. If we do not expand the camp to include those who do not currently relate to our goals and values, we risk remaining a minority voice for the foreseeable future.

Restoring the vision of a liberal, pluralistic Israel is only achievable if we acknowledge rather than hide our concern about trends in Israel that encourage incitement and the triumph of the narrative of fear. As President Rivlin said, while speaking out against racism and Israel’s disturbing societal trends last November, “…Israelis must realize that silence means renouncing the Zionist dream, forgetting why we returned to our homeland.”

When the Israeli Prime Minister declares himself to represent the Jewish people worldwide, speaking truth to power is not only a job for Israeli progressives. We Americans have an important role to play. Our love and support for Israel must be strong, but it cannot be uncritical. We have the right and indeed the obligation to speak up and make our voices heard regarding behavior that is antithetical to our American and Jewish values.

Silence about positions and policies we would condemn here in the U.S. does not benefit Israel. We must adhere to the prophetic tradition and speak out — for our sake, and for Israel’s sake.

The Jewish tradition, and the future of Israel, requires nothing less.

About the Author
Daniel Sokatch is the CEO of the New Israel Fund.
Comments