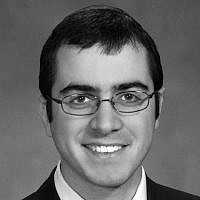 The Wall Street Journal is America’s most widely circulated newspaper. Since 1889, its editorial pages have had an authoritative voice in American politics.

But the newspaper has lost all credibility on the urgent issue of climate change.

Man-made global warming is an escalating disaster. NASA, NOAA, AMS, NAS, AGU, ACS, and APS all warn of its danger. A review of recent research in Nature Climate Change concludes, “The evidence is strong that anthropogenic, unprecedented heat and rainfall extremes are here—and are causing intense human suffering.” This is after warming of about 0.6°C over the last half-century. Depending on how much more carbon we burn, projections show the planet most likely warming between 2°C and 5°C over the next century, with catastrophic consequences for food security, extreme weather disasters, glacier loss, sea level rise, and mass extinction.

Meanwhile, here is a sample of editorials, op-eds, and opinion columns that The Wall Street Journal has printed over the last few years:

By the way, since some of those pieces embrace “Climategate” of 2009, I’ll mention that those charges were irrelevant to the big picture in the first place, and that since then eight independent investigations found the charges to be empty.

I know of three op-eds in The Wall Street Journal siding with mainstream climate science:

The Wall Street Journal’s latest offense is “Cooling Down the Fears of Climate Change,” by Matt Ridley, with the disclaimer that he “leases land for coal mining.” The column is an avalanche of misdirections and falsehoods.

For example, Mr. Ridley’s central claim is that, this coming century, “we are likely to experience a further rise of no more than 1°C.” I don’t think you will find a single peer-reviewed study out there, let alone a consensus, making such a claim. The studies that Mr. Ridley cites sure don’t. In fact, recent research supports the more pessimistic projections, with at least 4°C of warming this century. And Ridley’s claim that 1°C “will actually do net good” is indefensible.

Many Republican politicians live in an alternate reality where global warming isn’t happening. Their irresponsibility is tragic, but understandable. I expect more from of a newspaper of record. The Wall Street Journal ought to invite mainstream climate experts to explain mainstream climate science. The editors have a responsibility to inform their readers. Instead, their opinion section enables an alternate reality.

Over the next century, Earth will need to support around 9 billion people while enduring an environmental crisis. This is serious, serious business. Today’s decisions about fossil fuel use will have consequences for centuries to come.

The climate of our only planet is at stake.

Those who counsel inaction enable a grave moral failure.

Shame on The Wall Street Journal.