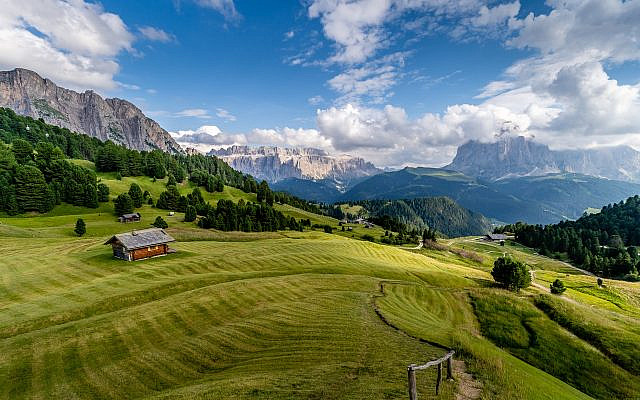 Fields - Is One of Them Mine? (Free-to-Use Photo by Chavdar Lungov from Pexels)

I was lucky. My grandparents met in England after their families had fled the violent anti-Semitism of Czarist Russia, or perhaps it was Poland; the border moved almost daily. Born in England’s green and pleasant land, I escaped the horrors of World War II that engulfed those who had stayed in Russia and Poland.

Unfortunately, my grandparents were followed. There was no escaping anti-Semitism. The land of hope and glory, mother of the free, was fine if your name was Kingsberry and not Kleinfeld. Anti-Semitism was there, looking for you. Swapping Kleinfeld for Kaye gave some relief, but not for long. From school to college to my first job there were the anti-Semitic remarks, some intentional some just out of habit. But while the English might look at you with disdain, at least they did not kill you.

Of course, even back then, England was hardly a homogenous nation.
Daniel Defoe, way back in 1700, had it right in his poem The True Born Englishman.

For Englishmen to boast of generation,
Cancels their knowledge, and lampoons the nation.
A true-born Englishman’s a contradiction,
In speech an irony, in fact a fiction.

Or, to put it in today’s terms – there ain’t no such thing as a True Born Englishman.

The incoming Jews got straight down to work, building communities, finding employment, opening businesses, then joining the professions. Trying, for the most part successfully, to blend in with the new environment.

But even for my generation, anti-Semitism was still there, mostly in hiding but popping out when least expected. The Jewish community divided into two. Many, like myself, saw the writing on the wall and opted for a new life in Israel. Others, hoping that it would not happen here, stayed. We have yet to find out who was right!

However, I do know that my forebears made the right decision in leaving Russia. Life has not improved very much for all its citizens and I have no desire whatsoever to go back, even though I might have a Small Field (Kleinfeld) waiting for me.

The world has grown smaller since great-grandparents escape. Physical distances have shrunk with faster and faster forms of transport. The internet has joined us together in ways that were unthought of just a generation ago.

But for those who are not “True Born” the same problems remain. It is not easy to find one’s place in a new county, often with a new language. It takes time and effort. We, long-established in our new homes, can only wish them well.