One week ago, Tuvia Yanai Weissman z”l was brutally murdered by a pair of Arab teenagers as he heroically, with his bare hands, charged at them in order to prevent further loss of Innocent lives. “You are a true hero. You didn’t have a gun, but still you ran without thinking twice,” his young widow Yael Weissman said in a tear-filled voice as she stood by her husband’s grave at Jerusalem’s Mount Herzl Military Cemetery last Friday morning.

It is not just the way that one lives one’s life, but the way one dies, that tells us about a person. Tuvia was 21, with his whole life ahead of him, newly married to Yael with a 4-month-old daughter Netta, and was shopping with his beloved family before Shabbat, when he was murdered in cold blood by hate-filled children who are the product of incessant incitement against Jews and who in their warped delusion think that they can “heroically” murder themselves towards a state.

This week, as I stood with my group at the fresh grave on Mt. Herzl, tears of sadness, anger, frustration and despair welled up as I thought about the young widow, and the daughter who will grow up and only know about her gently smiling father through stories. Yael sobbed as she eulogized her husband and thanked him for the,

…best present you could have given me, our daughter Netta. I couldn’t ask for something more perfect. I promise that Netta will know who you were and how much you loved her. We will never part from you. Give me the strength to look Netta in the eyes and tell her that everything will be fine.”

His mother cried out the name of her son as his flag-draped coffin was lowered into the ground as yet another “reverse order” funeral took place where parents bury their children in this land of agony. 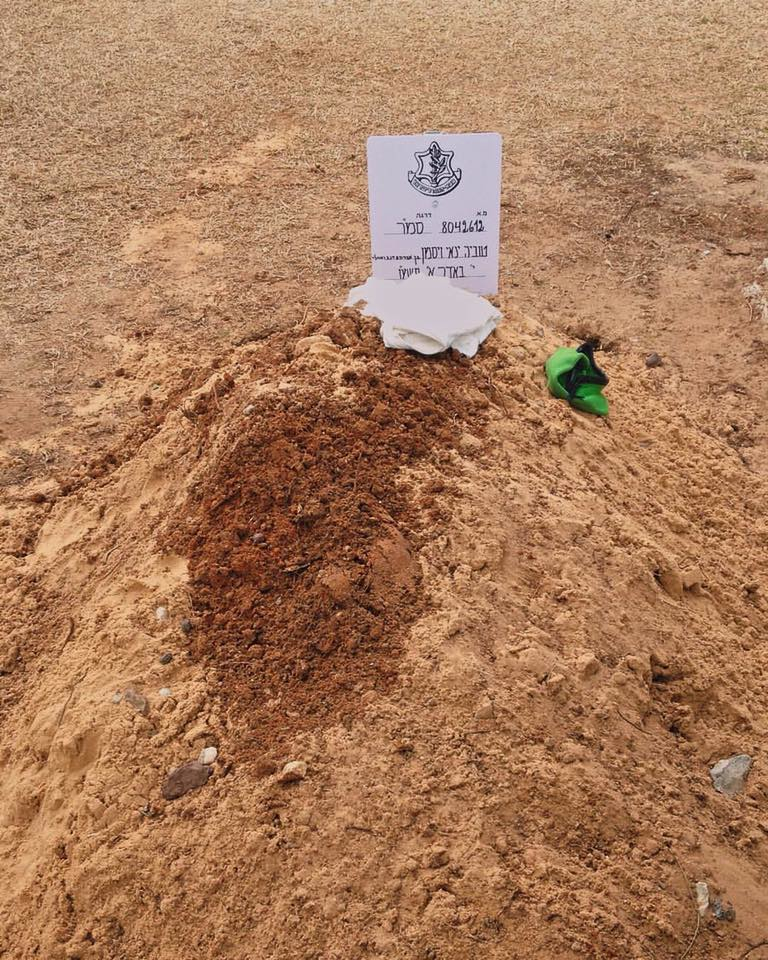 Following the tragic murder of Tuvia Weissman, this was statement from the US State Department Deputy spokesman Mark Toner as he condemned the Rami Levy attack that killed Weissman, who also had held US citizenship:

We condemn in the strongest possible terms the attack that took place yesterday in the West Bank… There is no justification for terrorism. This horrific incident again underscores the need for all sides to reject violence and urgently take steps to restore calm, reduce tensions and bring an immediate end to the violence.”

So, is the American government saying that Israel also needs to reject violence? When, oh when, will the USA get the message that the violence is not being perpetrated by Israel, and what is this rubbish about ‘all sides’? It seems that peace is a long way off when not even the USA is prepared to call a spade a spade and call the Palestinian leadership to account for the incitement, which leads to the terrorism which is exacting precious civilian Israeli lives.

Something is seriously broken in a society where political leaders, religious leaders, and even mothers praise their children for being murderers. Where children are incited 24/7 in school, by the media and in mosques to go out and murder. Where schools and public squares are named after murderers. Where murderers are extolled as the epitome of heroism (and rewarded with American supplied tax-payers dollars and newly freed Iranian funds) by the PA. Now to add a new low, there is a deep flaw in a society where most of the murderers are teenagers.

The world community, which funds and ignores this poisoning of an entire society, needs to fix its moral compass and help the Palestinians press the moral “reset” button. Palestinians need to understand that one can’t murder oneself towards a state. The PA is responsible for the current violence and to overlook this is to ignore the situation. The world is not doing the PA a favour by not holding them to account. Indeed this is reinforcing the current deeply flawed mindset. Unless the PA change their mindsets, media and European Union funded textbooks and educate for peace there will never ever be peace.