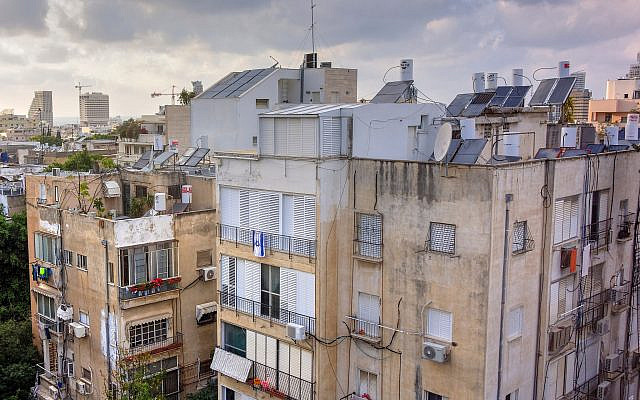 Yes, I live in Shapira. I’ve been working here for five years too. I’m originally from Jerusalem, all my family is from there. I only came here for business reasons, I wanted to set up my restaurant here in Tel Aviv.

It’s disgusting here. It hurts the soul. The sickness, the drugs – it’s not human. The only thing that keeps me here is my business. If I didn’t have that, then I would not live here for sure. I’d be gone tomorrow.

Obviously not all of the people are bad. It’s like any place with any people, you have some good people and some bad people. I don’t care if the person is Muslim, Christian or Jewish – we’re all human beings. I like people, so there’s no problem for me in that sense.

I don’t think there is really any irony in the Jewish people from Shapira complaining about the Africans being here. When you hear Arabs talking about Jews taking their land and all that stuff, for me it’s bullshit. It’s all political. Day-to-day, the reality here is that I go to Jewish shops and buy stuff, Jewish people come here and buy food from me. So we need each other, you understand?

You can’t make your whole life political. I lived in Jerusalem, which is politically even more horrible than here. I know the two sides, you understand? There’s more hatred there, there’s more division. Here in Tel Aviv there isn’t that so much and I like it.

If I could choose to live somewhere in Israel? I wouldn’t! I would choose to leave, to get out of here already. This country is very depressing. There’s no hope, no future. So I want to go somewhere that I can improve myself, be a better person. But in Israel, I think there’s no point in living somewhere unless you have your family and friends there because that’s the only thing you have here. There’s nothing else.

Why am I not so obsessed with ‘being Palestinian’ and having that strong identity? I think it’s brains. I don’t know. I’m just a regular guy, who cares what I think or have to say, right? So what’s the point. I’m not going to be obsessed with my identity just to make some other people happy or let those people affect the way that I think. I’m the way I am and, really, I’m just looking to improve my situation. That’s it.

I think that when those Palestinians [who are so obsessed with their identity] realise that there is a whole world out there, with happier days and nicer tomorrows, they will stop thinking in that way. I don’t know. I worked with people from all over the world, from India, from Italy and even just Jewish people from Israel. They opened my eyes. They made me realise that I have to be my own teacher, to work to improve myself and open my own business.

Maybe in Shapira, it’s true that, because there are people from all over the world, people are less interested in your identity. But then I still ask people where they are from, why they are here and things like that. Same with them. They ask me where I’m from and I say, ‘I’m from Jerusalem, I have Israeli citizenship.’ There’s no problem there.

Is there anything good in this neighbourhood? No. Really, there is nothing good. I have a video of someone getting slashed with a knife just outside here. Once, I was having a break and eating a salad. I had my back to the counter and this Nigerian guy came and put me in a chokehold. At first, I thought, ‘oh it’s just a friend,’ but then his arm got tighter and tighter so I pulled his arm away and I punched him four times in the face. He fell and then I managed to get him outside. Then the police came and asked me to go with them. I forgave the guy so it was okay for him, he was on drugs and everything. But that wasn’t the only time. A Turkish guy got stabbed here not long ago.