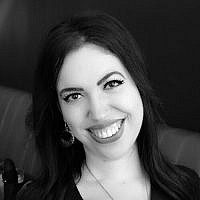 The Johannesburg Jewish community has a reputation for being one of the most welcoming in the world.

Dignitaries, diplomats, destitute travellers — all have testified to the approximately 50,000 Yidden in the City of Gold possessing a warmth that is rather unique.

It is an open secret that one can always find a Shabbat meal and that no one is left without a place to go for a traditional Friday night.

No, the Castle on the Hill singer is not Jewish. Yes, he spent this past Friday night amongst the tribe.

The Englishman is currently in South Africa where he is performing 4 sold-out shows as part of his Divide World Tour. His first stop is the affectionately-named Jo’burg.

The story of how the global superstar found himself sitting around a table with slices of challah, bowls of chicken soup, and wearing a yarmulke boils down to him accepting an invite from a member of a community that is renowned for opening its collective home.

The 40 guests in attendance may have been strangers to the singer upon entering, but each is said to have left having had a chat and with a hug. Rumour has it that Mr. Sheeran even led the benching. Okay, that one I might have made up.

Possibly Ed’s most famous song, the Grammy Award-winning Shape of You, includes the lyrics, “The club isn’t the best place to find a lover, so the bar is where I go.”

About the Author
Despite hating the sound of her own voice, Sasha Star worked in radio for over 6 years in South Africa, before transitioning into international television and the world of global content creation. Her “driven” personality and love of film, music, literature, and food means that in spite of being in a wheelchair, she is often too busy to sit down.
Related Topics
Related Posts
Sasha Star
Comments