Aaron Adirim holds half an hour radio talk show each Saturday, at 6:00 p.m. on KRLA AM 870, Los Angeles. That is where I heard of Aaron. What got me so interested in him to have asked to interview him is not the top of technology window manufacturing plant he owns, which he regularly advertises on the radio station, but his rare and so very positive and “right on” views on life and the real world we live in.
On the last day of 2014 I drove to meet Aaron at his factory. We immediately “clicked”. That is because his world and life views are catchy and should spread like wild fire.

The interview was “all over the map.” I tried to navigate it but my interviewee has so much to say and tell he simply jumps from one topic to another. He is as genuine as genuine comes.

Sitting in his large and comfortable office, my first question was: “How come you are always so positive?”

AA: “The world is so complicated and it is rather difficult to find your space under the sun to be comfortable and happy.” 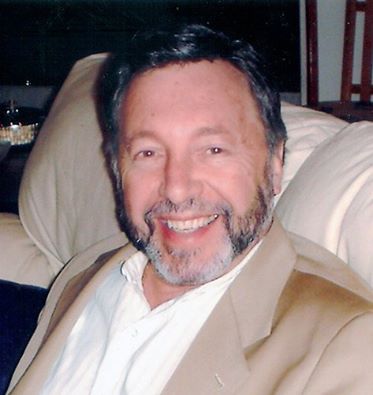 Born in Riga, today the capital of Latvia, then part of the USSR. In 1974, young Aaron, then twenty-six years old, with nothing but his shirt on his back and with the values of the old world he left behind embedded in his soul, all alone and without command of the English language he arrived to the USA.

Aaron continues replying to my question, “How come you are always so positive?”: “Living in a society where I am judged by what I represent, here in America, and not by how many members of my family are communists, which is how communist USSR mistreated its citizens, makes me have a positive outlook.”

“The values I took with me and along which I live by comprise my character and personal values. I do not love money, rather personal accomplishments drive me.”

“My way of thinking is that in my pact what you do is more valuable than having money. When I used to earn $90.00 a week I thought that making $200.00 a week will make me rich and happy. However, reality is much different. Reality is that whether you earn $200.00 a week, or $400.00 a week it will not bring happiness into your life. It is because you will always spend more than you have earned. After all, I met many rich people who were miserable.”

I asked: “Why were they miserable?”

AA: “I learned to live with what I have and be happy. They do not.”

Aaron wants to leave for the world a legacy of meaning. He wants to create something that people would find valuable, that would make more people happy from what they do regardless how expensive or inexpensive it is. That is the way he lives by.

When I listen to Aaron, many thoughts run through my head. He makes you think, he makes you evaluate your own life. His life experience may not be that much different than of many other people’s life experience only that he handles matters so differently, so refreshingly.

When he turned 40 he already accomplished all he wanted. Loving wife, good home life and success in business. He met all his goals at that time. However, he was miserable and could not figure out what is the purpose of going on with life. From his home back in Latvia he learned to be responsible and take care of everything around him but forgetting himself in the process. He sunk into a deep depression that lasted two years. During that time he self-analyzed himself and his surroundings daily. At the end his self-analysis he had found the answer and from that moment on he became fulfilled, satisfied, content and most curious individual.

AA: “I discovered what I like without considering the surroundings; it was not money or things. It was fulfilling my needs first. I made a conscious and subconscious decision to never allow the negative to take over my life and never allow anger to fester.”

During the years of depression and self-analysis, he gave consultation to clients only upon their request; he did not seek to work.

One client was a national window manufacturer. His advice did not sound right to that client who thought Aaron’s idea will not work, is somewhat crazy.

Aaron saw a challenge right in front of his eyes. He had to prove to himself his ideas can and will work. He was going to create something that does not exist but will work. In New York, where his life was well established, he packed up his belongings and family and drove, almost non-stop, across country to Los Angeles, a new territory, where he had no ties or connections but where the weather was more favorable. “I am not afraid of ‘just do it,’” he asserts.

Aaron was 55 year old then. To start anew was no easy task. But remember, he has found his peace and he had no fear because he knew who he is and what he wants to do.

“And what has happened is Los Angeles?” I asked.

AA: “I started a window company and I was back to taking care of others, today over 40 families. The same cycle, different person, still impulsive but most content.”

Aaron holds two masters degrees in journalism and marketing and advertising from NYU. He speaks five languages and has traveled the world.
We go back to Q and A: “What does it mean to be a positive individual” I asked.

AA: “To me, that means separating the bad from the good. When something bad happened to you, it is in the category of life happens. Close the chapter, deal with it, and get over it and with it. You are a happy individual because you are happy with yourself,“ he say while sitting content is his chair after recently dealing with some health issue. I say, try it yourself, it may work for you too.

At work, at his staff meetings he does not go over sales and how many windows were sold. He teaches his staff how to be happy. “A happy salesperson brings in the sale,” he explains, “and the achievement, without the pressure, only with a happy face makes him or her successfully happier.”

“Risk is everything,” says Aaron. He came to California, an unknown territory and started a window company with a design that did not exist.

Today, his 16 years old well-managed company is proud of its 16,000 satisfied customers. With 750,000, top of the line in design and engineering, windows and doors later he takes his energy elsewhere. 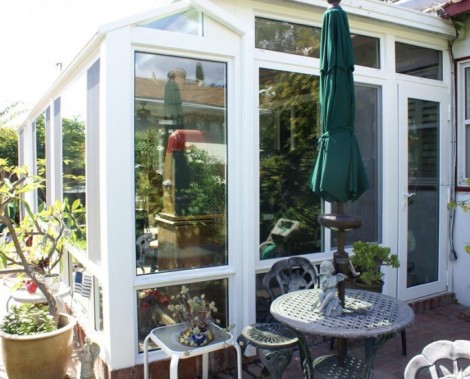 Aaron is a great believer is advertising and he has been advertising on radio for a decade. With that he gets a chance to speak about his windows, as well as he is an avid listener to radio programs. “Some luck has played here, and our reputation is implacable,” he says proudly.

Each radio personality he has met and was advertising his windows on his show wanted to talk with him not only about the company and its products but also about his approach to life, which was projecting from Aaron’s soul and being. Dennis Prager from KRLA 870AM; Bill Handel from KFIAM; Doug McIntyre from KABC 790AM; Howard Stern, Jim Thornton from 1070 in Los Angeles, Rick Dees and many others all talked about Aaron’s California Deluxe Windows (CDW) company.

After having his commercials on radio for almost a decade, radio people started involving his own voice in his radio commercials. Thereafter radio account executives suggested he will go on radio live to speak a little about his company and the products and service it offers.

Listeners’ response was overwhelming so the Radio management decided that instead of a one minute commercial with his own voice they will extend the platform to a talk show. Aaron agreed to first conduct half an hour show, now each Saturday, at 6:00p.m, on KRLA 870AM, Los Angeles. “I never prepare for the show. I do not have a script, yet, I never repeat the subject twice,” he claims.

My last question: “From where do you learn, from where your life’s wisdom comes?”

AA: “First, from living life. Second, by finding the things that make me happy, regardless of who say what and the obstacles that may be but are not. Always be more daring and curious than you are normally. Do not be afraid of anything, let life happen to you.”

It is the first day of the year 2015. If you redirect your thinking, if you choose to find happiness within your life frame, you may be just as happy and content as Aaron Adirim is. Try it, according to him it will work. 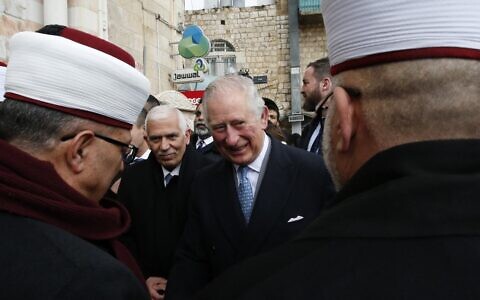