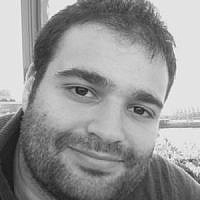 The Blogs
Joseph Moses
Apply for a Blog
Advertisement
Please note that the posts on The Blogs are contributed by third parties. The opinions, facts and any media content in them are presented solely by the authors, and neither The Times of Israel nor its partners assume any responsibility for them. Please contact us in case of abuse. In case of abuse,
Report this post.

More violence, more extremism and we need more than condemnation.

It is hard to believe that after a week that began with Tisha B’av, a Jewish day of mourning that at its fundamental core is a call for collective Jewish reflection and a stark warning of the dangers of baseless hatred, we could witness so much hate.

Last night saw two shocking acts of violence carried out by extremists. A man stabbed six people celebrating at the gay pride parade in Jerusalem. This same man perpetrated the same crime ten years ago and has only recently been released from prison. Later last night a one-and-a-half year-old Palestinian baby was burned to death after his house was set on fire by Jewish terrorists hurling fire bombs at his home in the village of Douma. Along the wall of the Palestinian home was graffiti in Hebrew that read “Long live the king messiah”.

“Long live the king messiah”. Whose messiah would want to cause such destruction, whose messiah would take pleasure in bringing about so much pain? How have we got to a point where people are perpetrating such un-Jewish acts ostensibly in the name of Judaism?

This week, our society also witnessed soldiers, the young men and women who protect our country, being attacked and spat on for implementing the law. At the same time, Members of the Knesset called for the High Court to be bulldozed instead of illegally built Jewish homes. It was the guardians of rule and law, and not those who broke it, who came under attack.

President Rivlin was right when he said “Israeli society is sick, and it is our duty to treat this disease,” in reference to the growing hatred and racism amongst us. He was also correct when he stated last night that “We must not be deluded, a lack of tolerance will lead us to disaster.”

We need politicians and community leaders to take a hard look at themselves and change their actions. Widespread condemnation after this violence is expected, but it is not enough, we need more than words. We need to start actively tackling the growing hatred of others from within parts of our society. We need to comprehend that a democracy is not simply the tyranny of the majority. It is about safeguarding and promoting the rights and needs of the minority. We need an end to the crass factionalism that we so often see and hear from our leaders, and for the leaders of this country to be talking to each other.

In addition to the probing of police and security forces that failed to prevent these attacks, we need to clamp down on leaders who seek to stoke up tension for political reward and combat extremist language towards minorities, be it directed at Arabs, homosexuals or women. Extremists should no longer be able to operate with impunity, thinking that they can throw stones and attack Palestinians in the West Bank or hurl abuse and throw garbage at women if they deem them to be immodestly dressed walking through their neighbourhoods. We need real investment and a real emphasis to be placed on teaching the importance of tolerance and respect towards others. A notion that differences are not to be feared but celebrated, and greater support for organisations and initiatives that bring people together.

About the Author
Joseph Moses is an Oleh Chadash, and former Public and International Affairs Officer at The Board of Deputies of British Jews.
Comments