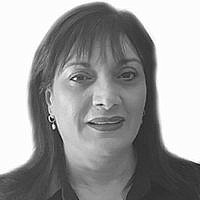 The Blogs
Orna Mizrahi
Apply for a Blog
Please note that the posts on The Blogs are contributed by third parties. The opinions, facts and any media content in them are presented solely by the authors, and neither The Times of Israel nor its partners assume any responsibility for them. Please contact us in case of abuse. In case of abuse,
Report this post. 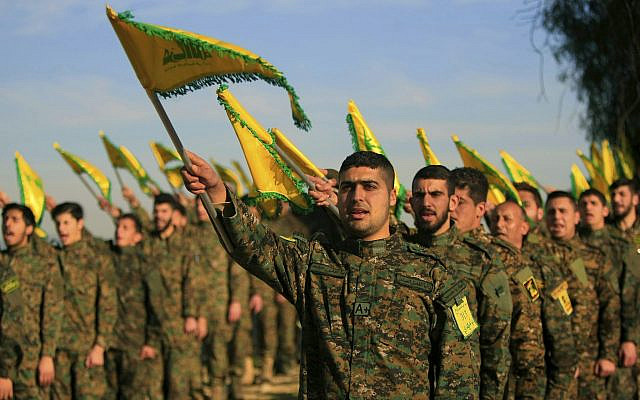 Recently there have been signs that Hezbollah is more ready than in the past to take risks vis-à-vis Israel, though at this stage it is unclear whether the organization will further escalate the situation. Israel is well aware of the gap between Nasrallah’s public bravado and his actual, measured policy. The common assessment is that Hezbollah is still interested in avoiding war, but it is ready to take risks to consolidate the deterrence equation with Israel and to improve the balance of power in its favor, mainly by reducing Israeli disruptions to its ongoing military buildup and especially to its efforts to promote its missile precision project. For Hezbollah, this project is the highlight of its strategy in recent years and the “winning card” in its fight against Israel.

According to an Israeli military intelligence assessment released a few weeks ago, in the coming year, Hezbollah may choose to initiate limited and short confrontations (“battle days”) to promote its interests. Hezbollah is in a “deterrent deficit” vis-à-vis Israel, and Nasrallah’s promise to avenge the death of a Hezbollah operative killed during an attack attributed to Israel in Syria (July 2020) still stands, despite two failed two attempts.

In the war game held during the INSS annual conference in January, it was clear that although most actors do not aspire to widespread war, their code of conduct, which requires a response to any event, as well as the language of power that dominates in the region over the language of diplomacy, created an escalation dynamic that led to war between Israel and Hezbollah. In his speech at the conference, IDF Chief of Staff Lt. Gen. Aviv Kochavi assessed that Israel’s deterrence has even intensified. In his view, overall, Israel’s enemies have no interest in initiating offensive activity against it, but they are committed to responsive action. This understanding has raised the possibility that confrontations along the Lebanese border and possibly along the Israeli border on the Syrian Golan Heights, where the Lebanese Hezbollah members operate, could lead to deterioration and even to a widescale war with Israel.

The Institute for National Security Studies (INSS) recently published the conclusions of a study, begun in 2019, which examined the expected challenge to Israel in the next war in the north. Our research was based on the assumption that a widespread war could erupt in the coming years as a result of a deterioration triggered by a limited pinpoint event and/or a miscalculation by either of the sides, as well as a proactive war initiated by either of the parties involved. A key conclusion of this study is that Israel must be prepared for the next Northern War, which will be different and more difficult than its predecessors, mainly because it will be a multi-front war between Israel and the entire Shiite axis and not just Hezbollah. A memorandum summarizing the research and policy recommendations based on our analysis can be found on the INSS website.

The relevant question now is, what led to the apparent change in Hezbollah’s willingness to take risks and initiate limited confrontations with Israel, even if it has no interest in a wide-scale war?

It seems that Hezbollah, like its patron Iran, identifies a window of opportunity as long as the Biden administration has not yet fully formulated its policy vis-à-vis Hezbollah and in view of Biden’s expected change in policy from the Trump stance of “maximum pressure” on Hezbollah, in parallel with the pressure it exerted on Iran. This joins the organization’s sense that Israel is preoccupied with its internal affairs (the fourth election in two years and the economic consequences of the pandemic). Another catalyst might be the organization’s desire to improve its image in the internal arena as the “defender of Lebanon” in the face of growing criticism of its negative role within Lebanon, since the state is on the verge of a complete collapse, and perhaps even indirectly provide Iran with leverage with the new US administration – at least until a resumption of nuclear negotiations.

Under the current circumstances, the assessment still stands that the chances of a broad war in the near future are relatively low, in view of the fact that all parties have no interest in it. Furthermore, following any resumption of negotiations between the United States and Iran, Hezbollah will presumably restrain its activities with Israel so as not to sabotage the dialogue, which is supposed to serve Iran. Nevertheless, If Hezbollah initiates a limited confrontation in the coming year in the spirit of the Israeli military intelligence assessment, the possibility of deterioration to a wider conflict must be taken into account.

Much depends on the Israeli response. Israel will face a dilemma regarding if and how to respond: should it contain the incidents, or should Israel view them as an opportunity and respond by widespread military action that would harm the organization’s infrastructure, focusing on severely damaging the missile precision project, which poses a strategic threat to Israel. Such an attack could lead to a wide-scale war.

Hence, the main conclusion for Israel is that although neither side is interested in war in the northern arena, and the chances of its outbreak are estimated to be low in the near future, Israel must be prepared for the possibility of a war in the coming years.