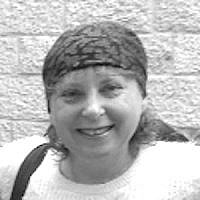 The Blogs
Shoshanah Hirsch Selavan
Apply for a Blog
Please note that the posts on The Blogs are contributed by third parties. The opinions, facts and any media content in them are presented solely by the authors, and neither The Times of Israel nor its partners assume any responsibility for them. Please contact us in case of abuse. In case of abuse,
Report this post.

Yesterday, I decided to spend time at the Kotel before the Tisha B’Av rush. My prayer spot of choice has become the Ezrat Yisrael — the mixed “Reform” section- of the Western Wall. As a Torah-observant Jew, you may wonder why I choose to pray there, as opposed to the woman’s section up above.

The Ezrat Yisrael, which was built by the Israeli government in order to allow an area for non-Orthodox Jews to pray in a less halachic manner, has a much more authentic feel to it. It does not have all the tourist appeal as the main prayer area. It is nestled amongst stones which were thrown from the Temple Mount as it burned on Tisha B’Av in the year 70 CE. And as in all the many times I have visited, there are never more than a handful of people praying on the deck adjacent to the Western Wall (and no beggars!), I find it much more conducive to a meaningful communication with God.

This time was different. After I finished the afternoon prayers I sat in the shade under an umbrella (no such luxury in the woman’s section above) and meditated. After close to an hour, I saw a large tourist youth group arriving and decided to head home. As I left I was shocked to see a frowning tour guide leading the group to the prayer area. The anger was palpable. As I overheard the teenagers in the group I realized that instead of being explained that the area was built to offer an alternative to those who do not feel comfortable praying according to Jewish law, they were being fed a very negative perspective by the tour leaders. Instead of being given a positive explanation of the site, including the magnificent historic finds and the lengths to which Torah observant members of the Knesset went to in order to placate the Reform movement, they were fed a negative “see how little they respect us” point of view.

(I overheard one young girl lamenting how she also wanted to be respected for her beliefs. At the Ezrat Yisrael, these teens arrived in halter tops, tank tops and short shorts…a far cry from any respectable dress code acceptable in any mosque, Christian holy place or synagogue. To earn respect, should we first not be taught to give respect?)

I feel that the creation of the Ezrat Yisrael is an important move. While not giving up on the sanctity of the main prayer area, where prayers are held separately and in accordance with Jewish Rabbinic tradition, it recognizes that there are those who are not comfortable with this arrangement. Having an alternative area for prayers is a welcome situation, and shows that while certain rules cannot be bent, a blind eye can be turned in order to create peace among the Jewish people.

Both sides of the spectrum have to be willing to give in, just a little, in order for peace to be achieved. There are many ultra-Orthodox who feel the Ezrat Yisrael is a mistake and there are those Reform who feel that it is not enough. And as we usher in Tisha B’Av, where we mourn the loss of our spiritual center, our Holy Temple, for amongst other things, the sin of baseless hatred, I look to the Ezrat Yisrael as a beacon of necessary change where Jews from all ends of the spectrum realize they need to loosen the reins before they turn into a noose which strangles us all.

The power these stones have is the power of memory. These stones we see beneath the new prayer area encapsulate the history of the Jewish people, our rise to fame and our descent into destruction. There are men with hearts of stone and stones with the heart of men. Ezrat can mean “area of” and Ezrat can mean “help of”. My prayer is that this area helps to heal the rifts between us before it is too late…

About the Author
Shoshanah Hirsch Selavan came to Israel in 1979 and has been living in Jerusalem's Old City for 30 years. She is currently the head of the Jewish Quarter Community Council and office manager for Yeshivat Hakotel's overseas program.
Related Topics
Related Posts
Comments