The Blogs
Anastasia Mechan Zachariah
A dose of controversy from my desk to you.
Apply for a Blog
Please note that the posts on The Blogs are contributed by third parties. The opinions, facts and any media content in them are presented solely by the authors, and neither The Times of Israel nor its partners assume any responsibility for them. Please contact us in case of abuse. In case of abuse,
Report this post. 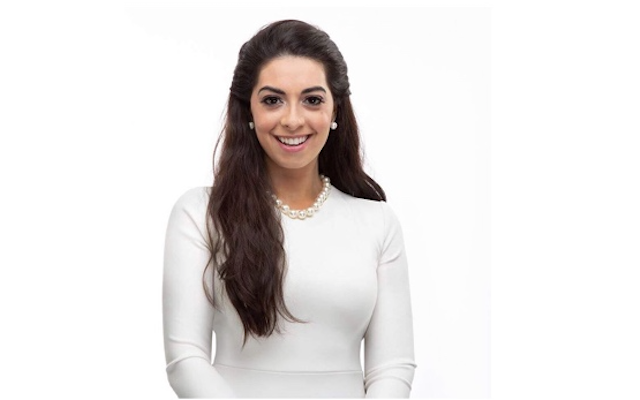 When someone says the words, “Orthodox Jewish Woman”, some to most people imagine a submissive woman. An individual dedicated to her home, trained to put her husband and children before herself.  A glorified housekeeper that usually wears dark clothes, and covers her natural hair with wigs or scarves, as she may prefer.  A guess that may lead you to believe that the Jewish woman’s sole purpose is to be just a mother and a wife with high expectations from the masculine side.   You can find this idea even in the ancient Hebrew writings.  There are sentences that indicate that a woman is to be subordinate to either her paternal figure, or her husband once she gets married.   She is not allowed to move forward in life without seeking and getting her husband’s approval first. An approval that may limit her and perhaps exclude her from getting into fields dominated by men.  But what if I tell you a story that could change your perspective? What if I show you a woman who is breaking a lot of the stereotypes liberal Jews and gentiles have towards the Jewish orthodox community?

Meet Esther Adina Sash, who is best known as “Flatbush Girl,” on her various social media sites.  Using her vast social influence, she has started a cybernetic revolution. A viral page that is not just for the Orthodox Jewish community, but is also reaching others with the purpose of motivating young people to find themselves through religion. 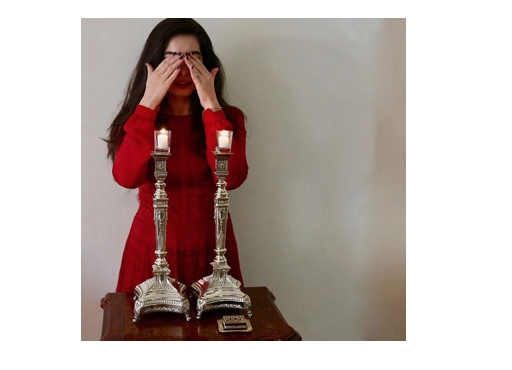 “America was built on small dreams. This is a country of dreamers and I am one of them. I dreamed of becoming someone who could make a difference and I created Flatbush Girl — who knows what I am capable of building within the next few years.” said the ambitious millennial.

A mother of two, (a 9-year-old and a 3-year- old toddler), accomplished wife with a B.A. degree in Psychology and a Masters Degree in Medieval Lit studies.  She is always on the go. If she isn’t filming various videos for her social media accounts, she is working with her husband for Flatbush Media, a social, marketing company that helps businesses and individuals spread the word about their products and/or services.

Certainly, Flatbush girl is not the “typical” stay home mom who just promotes her traditions and religion through comical videos and pictures, but she is now one of the very few Orthodox Jewish women who is running for office. She is running to become her own community District Leader who not just promoting her own ideas, has motivated people to register and vote.

If you google Hasidic women running for office you only find Judge Ruchie’s name and I came to ask her what could be a reason why highly observant Jewish women weren’t getting involved in politics and she said, “I think that the main reason why women in general period, do not get involved in politics is not only because of the fear of losing, but because of the little to no-support they receive from other women. Women getting involved in politics is not just a mitzvah, but is admiring to watch. We know and want the best for our children. We know what’s like to fear the lack of security in our neighborhoods. We understand what it is like to have and want affordable healthcare, a tolerant community, supporting community and equal community for all.  Unfortunately, not all women think the same. I have experienced what it’s like to have women applaud my failures and tell me that I don’t even define modesty.” But Sash wears a wig, she covers her elbows and knees. She observes the Sabbath and follows her traditions, why is it that women or men don’t find modesty in her?

Well everything mostly started when Sash received an award from Councilman Chaim Deutsch for painting a graffiti wall. A moment that led to a picture to be taken with her, the Council and other locals.  But tensions rise high when a local newspaper, Flatbush Jewish Journal, needed to cover her face and blurred it. Simply because due to modesty reasons, women were not allowed to be featured in the newspaper.

But it didn’t end there. Sash knew something had to be done and what better way than through social media doing what she does best. She recreated the feature cover by adding an emoji over her face instead and changing the title in the front cover from Flatbush Girl to Flatbush Boy.  With the many disturbing incidents happening in America, many people would be surprised and upset to find that women are still fighting for their rights and to be treated equally. 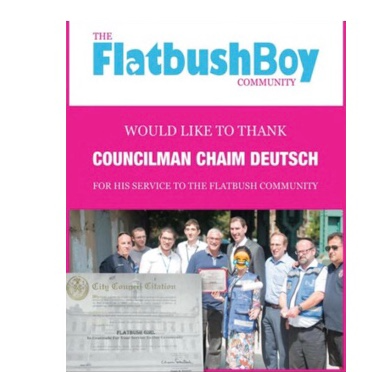 ”
This is a democracy and people have the right to have their opinions about me, however those opinions become disrespectful when they become insults, or even death threats,” Flatbush girl said in response to her “haters”, many who take precious time out of their day, just to hurl insults at her.  With a strong voice, an outgoing personality, an array of colorful outfits and a ton of support from her partner in crime, her husband of 13 years, it seems as if there is nothing this woman fears or, won’t be able to accomplish.

That’s Adina Sash, aka Flatbush Girl, a social media icon with a strong smile and eyes that greet you before you can even say hi. A woman who respects those who immigrate to this country and fight for their dreams. A woman who needs no introduction because her presence does the talking before she says a word.  A mother and a minority who feels for the separation of children at the border and others who have been unfairly judged.  She walks the streets ignoring those who hate her for unknown reasons, those who see her success and choose to think, why her and not me. 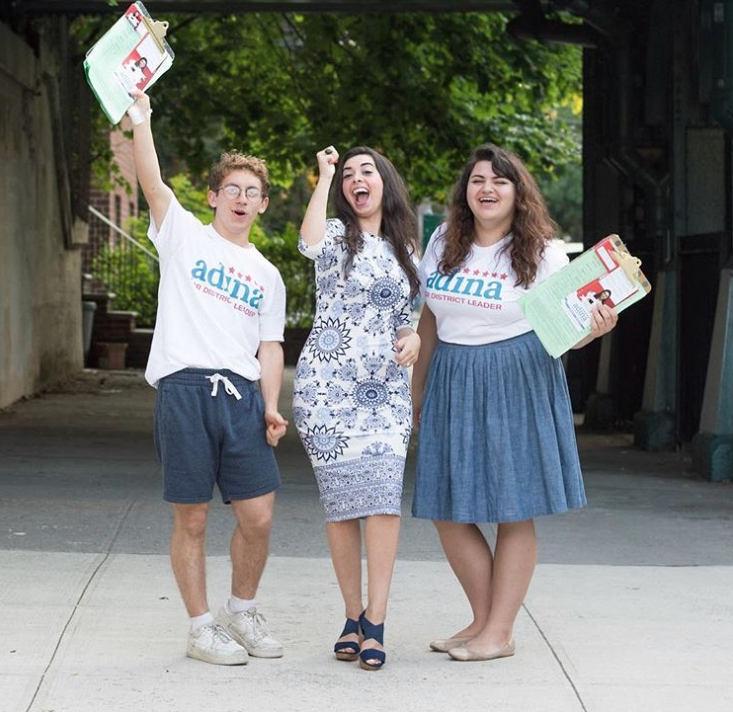 “I think people are afraid of changes.  The social world makes many uncomfortable because they read, see and hear things they are not used to. Maybe they do not hate me, Adina Sash, but instead Flatbush Girl and what she managed to achieve.”

As time was running and Shabbat was approaching I asked her, if elected what would be the first thing you’d do? She said “G-d willing I’m elected, the first thing I’ll do is meet with my Leaders to tell them what the people want and need because my duty as a new politician is not to tell my community what to do, but ask them how can I help. And if my Leaders refuse to meet, or do what the people need, then they won’t be responding to just me, but about 40 thousand followers as well.” 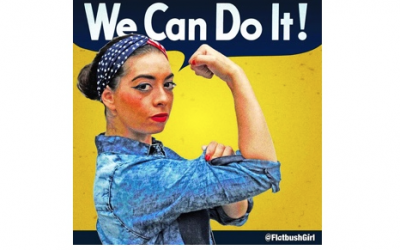 About the Author
Born in Lima, Peru. Graduated from the University of Miami. Author of "AMERICA. HISTORIA MIA, HISTORIA DE MUCHOS." Find me at www.anastasiamechan.com
Comments