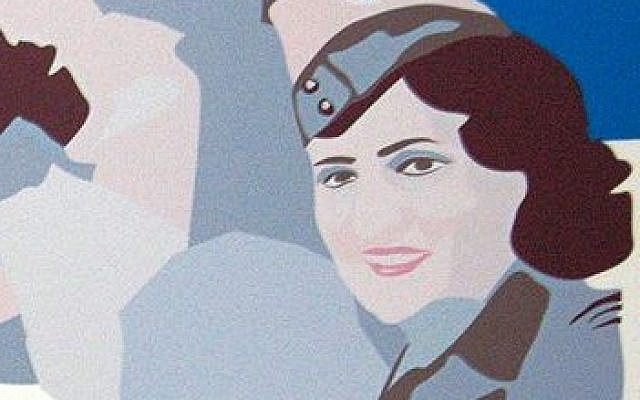 The 9th of August is traditionally celebrated in South Africa as Women’s Day to mark the 1956 Women’s March against apartheid.

In this spirit of activism the South African Zionist Federation held a Women’s Day Warriors Webinar highlighting the front-line organising, advocacy and community work being done by young women in the community and Israel.

The webinar was hosted by Cayla Urdang a vice chairman of the South African Zionist Federation (SAZF) and volunteer in a variety of communal safety and security organisations. Cayla began by talking about the more than 120 year history of the SAZF as well some new initiatives such as the i-Shuk campaign which assists businesses affected by Corona. She also touched on an  SAZF initiative to bring hi-tech Israeli Sonovia masks to health care workers.

The discussion then moved to the panellists and was facilitated by Amanda Porter who is custodian of Corporate Culture at the Discovery Group, a major insurance company.

First to speak was Kayla Ginsberg the national treasurer of the South African Union of Jewish Students. She spoke about the political fight against the apartheid analogy and BDS on South Africa’s campuses. She also talked about her work for Yad Aharon, a communal food bank.

Next up was Nicole Mirkin of Cape Town and founder of Fight Back SA, an NGO that teaches Krav Magra style combat techniques to women in underprivileged areas. She further outlined the other work that the organisation does against the plague of Gender Based Violence in South Africa. This included organising a 20 000 person march to the South African parliament where which was addressed by the country’s president Cyril Ramaphosa.

From there the webinar moved into legal mode with Romy Wulfsohn who heads up the South African Zionist Federation’s legal initiative. This is a ground breaking new project spear heading law-fare projects against BDS. Romy touched on several issues including recent attacks on the Chief Justice over his support for Israel.

Last but not least, viewers got to hear from Kelly Odes, who serves in the IDF spokesperson unit. She explained her interactions with global news outlets and how these institutions shape the story about Israel for audiences. She also spoke about her time and work with the Israeli delegation at the United Nations.

As part of the discussion a number of Zionist Federation projects and affiliates were highlighted. This included the Jewish Agency’s Project 10 which allows volunteers from around the world to do Tikkun Olam in the coastal city of Durban. It also looked at the Women’s International Zionist Organisation (WIZO) project to bring Israeli wheel chairs to South African children with disabilities.

The panel showed overwhelmingly that the future is not female, it is the present and that young Jewish women are already changing the face of their community and the world at large.

Other projects mentioned are below:

To see the iShuk intiative you can check out: iShuk