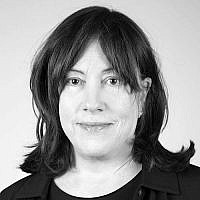 The Blogs
Marcia Kesner
Apply for a Blog
Please note that the posts on The Blogs are contributed by third parties. The opinions, facts and any media content in them are presented solely by the authors, and neither The Times of Israel nor its partners assume any responsibility for them. Please contact us in case of abuse. In case of abuse,
Report this post. 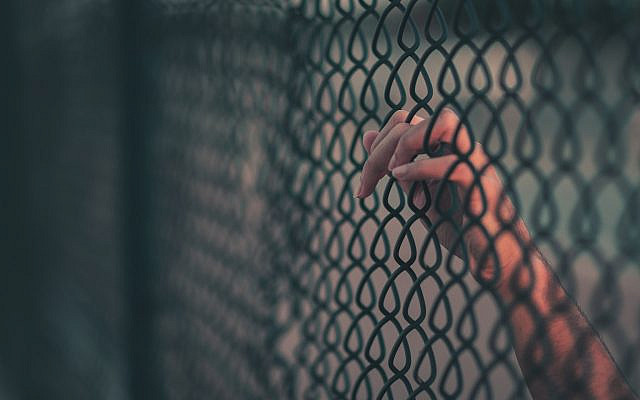 How many Jewish women get arrested? If they do, they surely don’t serve significant time in jail or prison! Unfortunately, this is not the case.

In movies and literature, we have stereotypical Jewish, female characters – the Jewish American princess, the balabusta, or the Yiddishe mamma. We don’t think these are women who go to jail and definitely don’t believe there is any significant number of Jewish women serving time.

If we do think about Jewish women prisoners, we certainly can’t imagine incarceration for anything other than white-collar crime. Sadly, that is no longer true.

While determining an exact number is difficult, the Aleph Institute recently estimated at least 1,450 incarcerated, Jewish women in the United States. Jewish women are found in local, state, and federal prisons, with the highest numbers reported in the Northeast and Midwest.

So, how many Jews are in prison in the United States?

Except for the occasional white-collar financial crime or tax evasion, Jewish people are not felons, right? The days of Jewish criminals belong to the first half of the last century when Murder Inc. was a going business and you could hire a hitman from a Lansky or a Seigel.

It is accurate that the incarceration rate among Jews is relatively low in comparison to other groups in the United States. However, the numbers are significant. Estimates of the number of incarcerated Jewish people in the United States range between 4,500 and 15,000 depending on which organization that serves Jewish inmates you ask.

Recently there has been a flurry of media attention paid to the increased numbers of people serving time in America’s prisons and jails, along with a focus on new ways to reduce those numbers. In fact, the United States of America has the highest level of incarceration per capita in the world, with 700 out of every 100,000 people behind bars. Despite some recent efforts towards criminal justice reform in American politics, incarceration rates have continued to rise, along with the associated financial and emotional costs to prisoners, their families, and the communities they leave behind.

Incarceration rates for women have spiraled much faster than the already worrying rates for men. The rate of incarceration for women has risen by almost 573% in comparison to males who have “only” risen 294%. Jewish women too are arrested and imprisoned at increasing rates.

So, why are these Jewish women serving time in jails and prisons?
The short answer is for infractions similar to others in society: crimes ranging from shoplifting and prostitution, to embezzlement, and all the way up to manslaughter and murder.

Does being Jewish make a difference to women in prison?

For incarcerated Jewish women, practicing their Judaism while incarcerated helped the women in healing from histories of trauma, helping to foster a sense of respect and self-esteem, and helping to build healthier support systems. Religious observance enhanced their sense of Jewish identity.

Every respondent surveyed in my study mentioned the remarkable number of women who come to jail or prison with trauma histories, before their incarceration. All noted that most of the female inmates they have come into contact with have had a significant history of some combination of physical, sexual, or emotional abuse, domestic abuse, violence, poverty, mental illness, alcoholism or other substance abuse as a child or as an adult.

Based on the chaplains surveyed, estimates ranged from 70 percent to 100 percent of inmates who arrived at their facility with a trauma history or mental illness. One respondent at a state facility stated, “70 percent have histories of abuse and neglect, and 60 percent are mentally ill”. Regarding Jewish inmates, one subject stated: “It’s a cycle of being a victim of abuse outside or inside the system. 100 percent of the women here have a sense of trauma, including their arrest and excluding the trauma of their incarceration.”

Religious observance in prison can be a gateway to recovery

With a litany of prior traumatic events, being incarcerated introduces another kind of trauma. For incarcerated women, including Jewish women, religion can be a bridge to feeling more comfortable in their new surroundings and a bridge to recovery.

The bulk of correctional chaplains reported that the women they minister to are “so wounded” that they are motivated to feel better by almost any means. Religious practice can be a healthy way of attaining help and healing.

What can we do? How can you help?

In the United States, we continue to incarcerate record numbers of prisoners and it would seem, only hope they come out better for their time away from society by merely being locked up, with little attention paid to how their betterment, atonement, and healing might occur during their sentences.

Religious practice can and does play an important role in the lives of those who practice it while incarcerated. These women need emotionally healthy mentors both while they are incarcerated, and upon their release. There are several organizations that organize programs for volunteers in many jails and prisons.

Jewish, male prisoners, once released, seem to have more opportunities. In fact, Jewish men are often welcomed back into their communities and even provided job opportunities. The experience for formerly incarcerated Jewish women is very different. These women need supportive communities to return to, counseling to continue to heal from their trauma, and assistance to rebuild and repair themselves and the families they left behind.

Marcia Kesner, PhD is a psychotherapist and researcher, with a practice in Brooklyn, New York. She welcomes inquiries about her research at MaJanine@gmail.com or frum-therapist.com

About the Author
Marcia Kesner is a Licensed Professional Counselor and Licensed Mental Health Counselor with over 25 years of experience and has offices in Brooklyn, New York and the Upper West Side of Manhattan. Her practice focuses on treatment-resistant, self-harming, and self-sabotaging behaviors and addictive disorders, as well as healing from the after-effects of trauma and abuse. Marcia has recently been incorporating more of an emphasis on shame resilience, vulnerability, and self-compassion into her work.
Comments