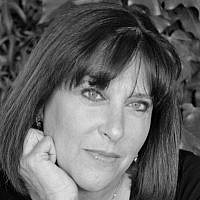 The Blogs
Andrea Simantov
Apply for a Blog
Advertisement
Please note that the posts on The Blogs are contributed by third parties. The opinions, facts and any media content in them are presented solely by the authors, and neither The Times of Israel nor its partners assume any responsibility for them. Please contact us in case of abuse. In case of abuse,
Report this post. 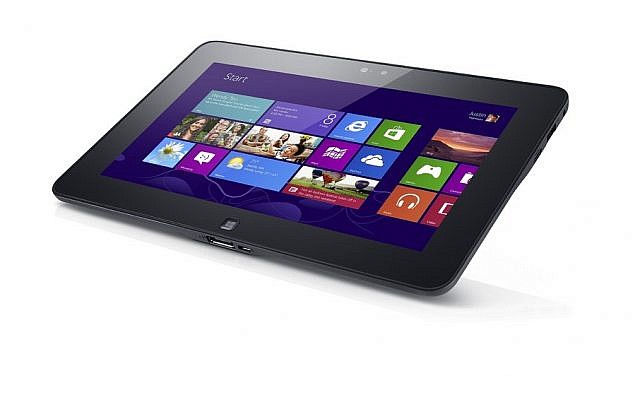 Most readers of The Times of Israel are familiar with AACI, the oldest and best-known non-profit organization that was created to assist English-speaking immigrants from around the globe to better adjust to life in Israel. Established in 1951, it grew from a humble ‘helping-hub’ to what is today, a member-based organization that addresses virtually every aspect of the absorption experience. Our various programs and services are available around the clock and the staff and volunteers work hard at keeping the offerings timely. Whether one participates in AACI sponsored career counseling sessions, Hebrew lessons, financial planning workshops, the vibrant English-language theater or AACI Travel Program, we remain a home-away-from-home for new and veteran olim, those on sabbatical, tourists and others who are anxious to partake of the best that Israel has to offer — in English!

AACI libraries are renowned for first-rate editions of current best sellers, classics, fiction, non-fiction and books with Jewish themes.  We boast an excellent Library for the Visually Impaired that offers the aforementioned volumes in large print as well as thousands of recorded books. Understanding the growing trend of people reading ebooks, AACI is proud to offer its members free use of the first English language elibrary in Israel. The AACI Sharon Woodrow Memorial eLibrary was developed in partnership with the digital innovator Library Ideas’ “Freading” division. It contains 50,000 titles that are suitable for all ages, enabling members of AACI’s eBooks Library to read their chosen books on computers and mobile telecommunication units including iPhone, iPad, Kindle Fire and Android devices.

Where did eBooks begin?

When Peter James published his thriller Host on two floppy disks in 1993, it was billed as the “world’s first electronic novel.”  Attacked as a harbinger of the apocalypse that would destroy literature, it is now a featured artifact in the London Science Museum’s collection.  At the time, however, James was ridiculed.

But was this the first ebook?  Angus Phillips Director of the Oxford International Centre for Publishing Studies suggests that the definition of an ebook has moved away from simply a text that is available on a computer or the internet.  “If you look at those, Project Gutenberg has been going since 1971 and by 1989 it had posted its 10th ebook.”

In the 1980s, CD-ROM’s revolutionized reference books by moving to electronic editions with the Grolier Encyclopedia published in this format in 1985 and the OED in 1989.  Diskette texts such as If Monks Had Macs became widely available.

The ’80s saw the launch of computer adventure games based on stories such as The Hobbit (1982); Stephen King’s The Mist “was adapted into an all-text interactive fiction game and published in 1985”, said Mick Montfort, Associate Professor of Digital Media at MIT.  “So when people write about King’s The Plant as that author’s first ebook and first electronic publication, there is actually an earlier precedent.”

Experts in the field of digital publishing seem to agree that there are many projects that can be called ‘firsts’, all of which were important in different ways and already forgotten.

Dene Grigar is a researcher of early electronic literature at Washington State University in Vancouver, Washington. She upholds that the “first electronic based work that constitutes a novel or book” is Judy Malloy’s Uncle Roger, published in 1987 as a serial novel.  According to Grigar, Malloy is the pioneer contributor to the genre.

Despite the outrage caused in 1993 by the publishing of Host, Peter James was later heralded as a near-prophet.  Only a few years later he was invited to speak on a panel on the future of the novel at University of Southern California alongside Apple founder Steve Jobs.

“I said ebooks would catch on when they became more convenient to read than the printed novel,” said James. A mere quarter-of-a-century later, in place of derision, these words have caused the world to sit up and pay heed.

How eBooks came to AACI

Library Ideas/Freading does not sell subscriptions directly individuals.  Their services are only sold to libraries that, in turn, provide services to library members. That is why AACI can offer it to members for free.  Membership fees for AACI are minimal and our services assist a large segment of the population. We are the oldest immigrant-assistance organization in the country since the founding of the state and membership assists us in raising awareness on those issues and concerns that directly affect English-speaking olim including education, employment, housing, youth, students, immigrant adjustment and more.

Josie Arbel, AACI’s Director of Absorption Services, explained: “The Sharon Woodrow Memorial eLibrary complements AACI’s extensive print libraries throughout Israel. This advancement will bring our resources to every AACI member throughout the country in a way that utilizes twenty-first century technology.”

Recently named one of the top 100 companies in the digital content industry, Library Ideas has spearheaded global media initiatives that focus on elibraries. Speaking from their headquarters in Fairfax, Virginia, “Library Ideas” President Brian Downing noted, “We are delighted to be the first to provide English-speaking Israelis with the opportunity to read outstanding fiction and non-fiction. We’re proud to be part of this groundbreaking endeavor in the Middle East.”

AACI’s Executive Director David London expressed thanks to the family of the late Sharon Woodrow and, in particular, her sister Diane Romm. It was Romm who approached AACI with the idea of generously funding an eBook Library in her sister’s memory.  Sharon was both a native of New York and avid reader who moved to Haifa in 1990 with her husband Paul Glaser.  Sadly, Sharon Woodrow passed away in 2014. 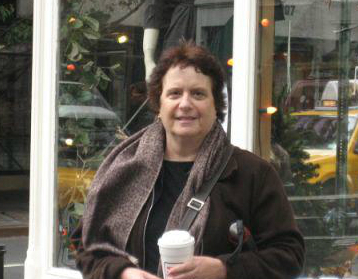 In 2010, an English-language librarian named Diane Romm, attended a conference that was funded by the Joseph and Harvey Meyerhoff foundation and organized by Josie Arbel, the Director of Klitah Services at AACI.  The topic under discussion was the status and future of English-language library collections in Israel.  The idea of creating an ebook library was bandied about but as the industry was still in its infancy, there were no business models available that might work in the then-foreseeable future.  Nevertheless, the seed was planted in Diane’s mind.

Diane’s sister, Sharon Woodrow, also bemoaned the lack of variety and the expense of English-language books in Israel.  She had made aliyah in 1990 with her husband Paul and then-infant daughter Sarit, to Paul’s hometown of Haifa.  Although she had been trained in public health, Sharon reinvented herself in Israel as an English-language editor for academic papers.  Resourceful and clever, she cobbled together a book-exchange network that involved frequenting used bookstores, swapping books with other English readers and acquiring volumes from friends returning from the U.S. 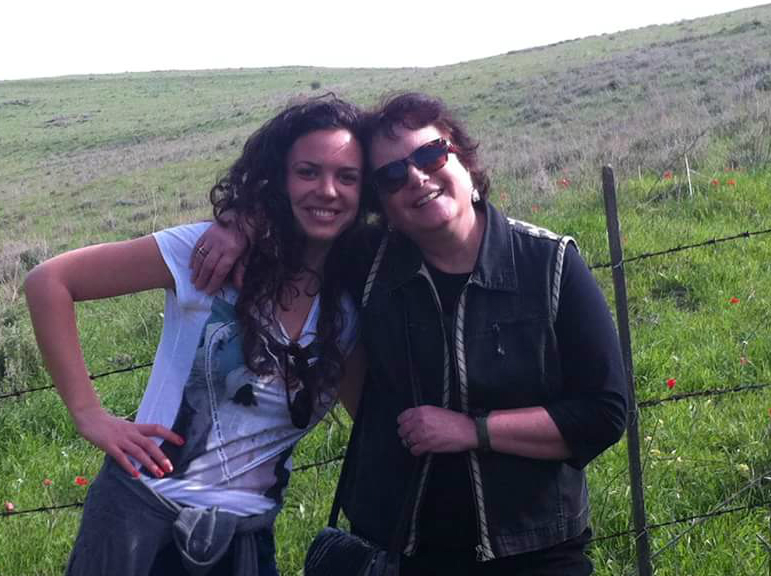 Sharon and her daughter, Sarit.

When Sharon lost her struggle against breast cancer in May 2014, her sister Diane realized that the dream of creating an eBook Library in Sharon’s honor would be a remarkable way to celebrate the life of such a vibrant lover of the written word.  Paul was also excited by the idea and Diane began exploring just how far the ebook industry had advanced.  She communicated with Library Ideas and then reached out to Josie Arbel, sharing her wish that AACI be the home to this very impressive resource.

“Reading was one of my sister’s greatest joys,” said Diane.  “And it is an honor to partner with AACI in this endeavor.  No one would have appreciated this literary advancement as much as Sharon.  The Sharon Woodrow eBook Library is the most wonderful way to honor my sister’s memory.”

About the Author
New York-born Andrea Simantov moved to Jerusalem in 1995. She serves as the Development Media Manager for AACI and writes for several publications about the beauty and complexity of life in Israel. She can be reached at andreasimantov@gmail.com
Related Topics
Related Posts
Comments