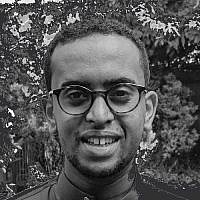 The Blogs
Abdi Duale
Apply for a Blog
Please note that the posts on The Blogs are contributed by third parties. The opinions, facts and any media content in them are presented solely by the authors, and neither The Times of Israel nor its partners assume any responsibility for them. Please contact us in case of abuse. In case of abuse,
Report this post.

My trip to Auschwitz taught me that the ones who remain silent in the presence of oppression are only assisting the oppressors.

Growing up on a council estate in Ealing, historic events like the Holocaust weren’t things discussed at school or around the dinner table.

In fact, the first time I heard about the Holocaust was when I was 16 years old and even then it wasn’t something I understood or engaged with.

But my trip to Auschwitz opened my eyes to a reality so shocking, one can’t even imagine how the whole world sat back in silence and watched. Calling it an emotional rollercoaster is an understatement, but walking through the gates sent shockwaves through my body.

Seeing people’s bags and luggage with their names and addresses neatly painted on, and the pots and pans they packed, symbolised the hope and dreams they had of being relocated and living freely, instead to be brutally murdered in the worst genocide to face humanity.

Growing up as a young black Muslim, the first time I experienced Islamophobia I was 6 years old walking down Ealing Broadway with my mum, only for someone to come up to her, tear her hijab off and spit in her face.

Not being able to do anything angers me, but the fact that no-one did anything taught me me never to be silent when someone is being oppressed.

The rapid increase in antisemitism in the UK, should be concerning to every single one of us. 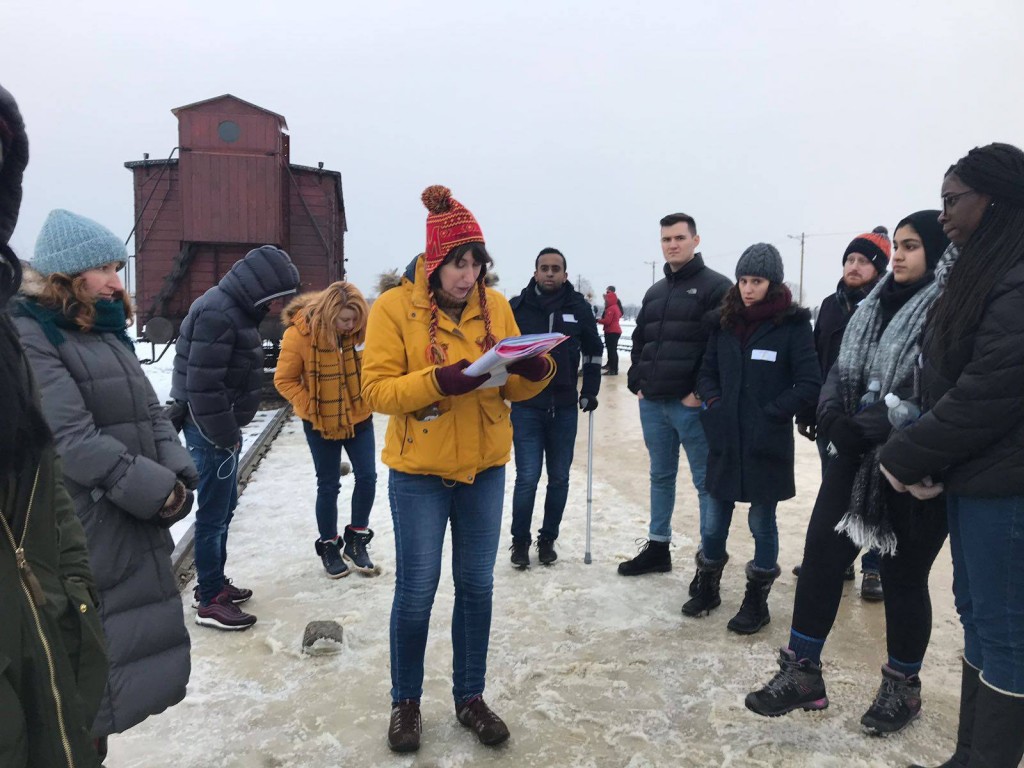 Abdi listening to an educator in freezing cold snowy Auschwitz

As someone who’s involved in NUS, I know that the fight to eliminate anti-Semitism within our ranks isn’t over, it’s still present in our movement.

All too often we hear vague promises to eradicate racism and hate in the student movement.

However, you cannot claim to be an anti-fascist, anti-racist activist yet turn a blind eye to anti-Semitism in our movement.

When a student is targeted for being Jewish with anti-Semitic slurs on our campuses and at our events, then we – the student movement – are all that student.

That’s why I believe it’s important that antisemitism should be defined by those faced by it and not defined for them, and as ally of the Jewish community, I will work with organisations like the Union of Jewish Students to stamp out antisemitism wherever and whenever I see it in our movement and in society.

About the Author
Abdi Duale is a 3rd year University student at GSM London and sits on the NUS Society and Citizenship Committee.
Related Topics
Related Posts
Comments