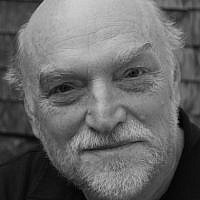 The Blogs
Walter Reich
Apply for a Blog
Advertisement
Please note that the posts on The Blogs are contributed by third parties. The opinions, facts and any media content in them are presented solely by the authors, and neither The Times of Israel nor its partners assume any responsibility for them. Please contact us in case of abuse. In case of abuse,
Report this post.

The Iran deal presents members of Congress with the most crucial vote they’ll ever face. The lives of tens of millions may hang on it, but so will how they’re forever remembered.

If the deal succeeds, at least in the short run, they’ll demand and receive loud accolades. But if it fails, whether in the short run or the after the agreement runs out in 15 years, they’ll be buried in personal and never-ending blame.

If Congress passes the Iran nuclear deal, and it’s as successful as the Administration promises for the 15 years of its life, the consequences may be a great blessing.

Calls for death to America may stop. Plans to eradicate Israel, and efforts to murder Jews elsewhere, may be scrapped. The wish to make nuclear weapons may evaporate. Military forces may be withdrawn from Iraq, Syria and Lebanon. Arms and personnel may no longer be sent to Hamas, Hezbollah and other terrorist proxies around the world. Theocracy may become democracy. Speech may grow free. The regime may change.

Iranian nuclear cheating, which would be undetectable, would yield a cache of nuclear weapons within months and an arsenal within a few years. After all, the Administration’s solemn promises of “anywhere, anytime” inspections of nuclear facilities have been abandoned. The agreement to wait 24 days before a site suspected of nuclear-related activities is examined would give Iran enough time to clean it up before any inspectors come. And the Administration has dropped its repeated assurances that it would insist on full access to past Iranian efforts.

The infusion of more than $100 billion in quick sanctions relief would invigorate Iranian military onslaughts regionally and around the planet, with tens of billions more infused each year. The current multilateral sanctions could never be snapped back. In fact, Russia, China and numerous companies are lining up to do business with Iran—business that will never be halted. Nuclear-tipped missiles—aimed at US allies such as Saudi Arabia and Israel and at Europe and the US—would form a strategic umbrella under which Iran would act with rapacious impunity.

Most dangerous of all are the long-term prospects. Even if Iran abides by the Administration’s proposed agreement, it will be an internationally-blessed, full-fledged nuclear power in 15 years, capable of producing nuclear weapons on an industrial scale using advanced centrifuges. Fifteen years is just kicking the can down a well-paved road. The ayatollahs have ruled Iran for 36 years. Why not for another 15?

And even before the 15 years are up, if the US, under any president, challenges Iranian actions, Iran would abrogate the treaty instantly, continue to enjoy the inrushing and unstoppable billions, blame the Great Satan for the deal’s breakdown, and quickly build a nuclear arsenal of gargantuan proportions.

If the Iran deal were to pass and yield even short-term success, with no cheating in the next few years and no use of Iran’s new riches in the service of terrorism, Administration officials and their supporters in Congress would claim everlasting credit. Secretary Kerry would get a Nobel Peace Prize. And President Obama would get his second Nobel and secure, at least for the time being, the foreign-policy legacy he’s seeking.

But if the Iran deal were to yield failure — in the next few years or after 15 — it would be a great disaster. If, next year, Hezbollah and Hamas let loose tens of thousands of rockets newly supplied by Iran, destroying most of Israel, or Iranian Revolutionary Guards take over Lebanon or Syria or what’s left of Iraq, or Iranian conventional bombs blow up subways in Paris or New York, or Iranian nuclear missiles obliterate Riyadh, London or New York, will personal blame be assigned?

If millions of Jews in Israel — which a former Iranian president, a “reformer,” called a one-bomb country — are vaporized or fatally irradiated, together with millions of Palestinians considered by the Iranians to be unfortunate but necessary collateral damage in the service of cutting out what Iran’s Supreme Leader has called “the cancer of Israel,” will supporters of the deal be called, by name, to account?

Given the consequences of such actions, both massive and less massive, those who now oppose the deal, or who come to rue it, are bound to excoriate the names of its sponsors by name. A nuclear catastrophe might be called, by the deal’s opponents, an Obama apocalypse or a Kerry cataclysm. Conventional attacks, protected by the threat of nuclear war, might be labeled Wendy Sherman rockets or Susan Rice explosions.

The members of Congress who haven’t yet said how they plan to vote should concentrate their minds now on how they’ll be remembered, by name, if they support the deal and it fails.

How bitterly those who have already committed to support the deal will be remembered if it fails. Barrages on Ben Gurion Airport by Hamas, possible in the coming months, may be named after Nancy Pelosi or other members of Congress. Multiple bombings of Israeli embassies or Jewish community centers around the world by proxies directed and lavishly armed by Iran may be named for Senators Al Franken, Kirsten Gillibrand, and for Representatives Mike Honda, Jerrold Nadler and Rosa DeLauro. The flattening of Tel Aviv, the destruction of Jerusalem and the end of Israel may be affixed to the legacy of Barbara Boxer or one of her senatorial colleagues. Mass nuclear conflagration — when Saudi Arabia and Turkey respond to Iran by unleashing the nuclear missiles they’re bound to buy or build once Iran is nuclearized —- may be attributed to a long list of senators who have declared their support for he Iran agreement, such as Sander Levin, Bernie Sanders, Tim Kaine, Ed Markey and Claire McCaskill.

Members of Congress who have not yet committed their votes should be worrying about how they’ll be remembered as they consider this deal in the coming weeks.

They’ll receive credit if their votes prove successful, even if only in the short run. But they’ll be remembered in infamy if their votes bring, now or in the future, massive death.

About the Author
Walter Reich is the Yitzhak Rabin Professor of International Affairs, Ethics and Human Behavior, and Professor of Psychiatry and Behavioral Sciences, at George Washington University. He is also a Senior Scholar at the Woodrow Wilson International Center for Scholars and former Director of the United States Holocaust Memorial Museum.
Comments