Recently, I looked through the list of columns I have written for this newspaper since I began writing them 26 years ago (yes, 26 years!). As might be expected, they covered a range of subjects — Israel, feminism, holidays, family and a large variety of other issues that have occupied Jews for more than a quarter of a century. But there was one topic that cropped up time and again, sprinkled through the years, as if there were no laying it to rest. That topic is abortion.

Time and again I wrote columns defending legal abortion rights against attempts by abortion opponents to chip away at them. One column argued against a law limiting federal abortion payments to women on public assistance. Another dealt with attempts to outlaw so-called “partial-birth” abortions, a concocted phrase that actually refers to late-term abortions, rarely performed in any event unless a woman’s life is at stake. And now here we are once more, with new tactics being devised by the conservative right to extensively restrict abortions, or eliminate them altogether. And here I am writing about the subject again, 47 years after the Roe v. Wade Supreme Court ruling of 1973 that affirmed a constitutional right to abortion throughout the land.

I’m writing now because abortion is under attack again, more fiercely than ever. In state after state where Republicans dominate, legislators have passed new restrictions aimed ultimately at undoing Roe v. Wade — in Ohio lawmakers are trying to ban all abortions, without exceptions, even for rape or incest; in Missouri only one remaining abortion clinic serves the entire state. Before the Supreme Court at this moment is the case of June Medical Services, LLC v. Russo (previously June Medical Services, LLC v. Gee), in which abortion clinics in Louisiana are challenging the constitutionality of the state’s plans to curtail abortion providers. (Rebekah Gee stepped down as secretary of the Louisiana Department of Health in January and was replaced by Stephen Russo.) Among other things, a state law requires abortion doctors to have admitting privileges at nearby hospitals. Most of them do not have such privileges — hospitals want doctors who can admit many patients, and that is not the role of physicians at abortion clinics. Moreover, many clinics are further away from hospitals than the distance the law requires. If the Supreme Court upholds this statute, it will drastically limit the number of doctors who can perform abortions in Louisiana and encourage legislators in other states to pass similar bills.

Some years ago the High Court ruled a similar law in Texas unconstitutional. But that was a different court that included Justice Anthony Kennedy, who generally favored abortion rights. The court now leans toward the right, with Trump-appointed justices Neil Gorsuch and Brett Kavanaugh. The president himself has done an about face on the abortion issue as he has on so many others. Having described himself in the past as “very pro-choice,” he became the first president to speak in person at the anti-abortion March for Life in Washington, an annual event held since 1974.

I have never understood the passion of abortion foes, so concerned about unborn fetuses, yet seemingly unconcerned about infants or the persons who will have to care for them once they are born. Studies have shown that poorer women suffer most from state bans on abortion — those better off can travel to other locations for safe abortions or find ways around the laws. But for all of the anti-abortion noise, we hear little about helping low-income women get better health benefits, higher wages, paid maternity leave or access to early child care. Indeed, the president’s most recent budget proposal calls for deep cuts in such areas as food stamps and affordable housing efforts. The message to poor women? We’ll do anything to protect the unborn, but you’re on your own with live babies.

In Jewish law, unlike the stances of Roman Catholicism and some other Christian sects, a fetus does not have the status of a person. To be sure, as a potential person it must be protected and cherished, and abortion is not to be taken lightly. Nevertheless, a woman’s life always takes precedence over that of the fetus. Or, as the Mishnah states, a fetus may be “cut up and brought out limb by limb” if it endangers a woman’s life. In its strict interpretation, such danger refers only to a woman’s physical health; a more lenient interpretation — held by many Reform and Conservative rabbis — includes mental health as well. In either case, government legislation that essentially bans all abortions violates Jewish religious freedom, for there are times when Jewish law requires a woman to abort a pregnancy to save her life or preserve her health.

With the 2020 election drawing nearer, the abortion debate has become more heated. As Jews and Americans we have a stake in seeing that Christian right-wing views do not dominate the conversation or the legislation. Roe v. Wade is the law of the land. It must remain so. 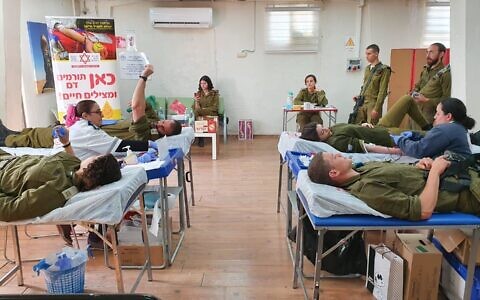 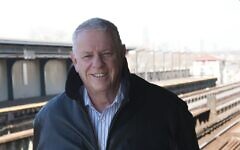 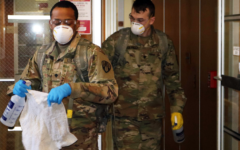