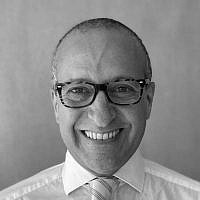 The Blogs
Jorge Diener
Executive Director, Hadassah International
Apply for a Blog
Please note that the posts on The Blogs are contributed by third parties. The opinions, facts and any media content in them are presented solely by the authors, and neither The Times of Israel nor its partners assume any responsibility for them. Please contact us in case of abuse. In case of abuse,
Report this post. 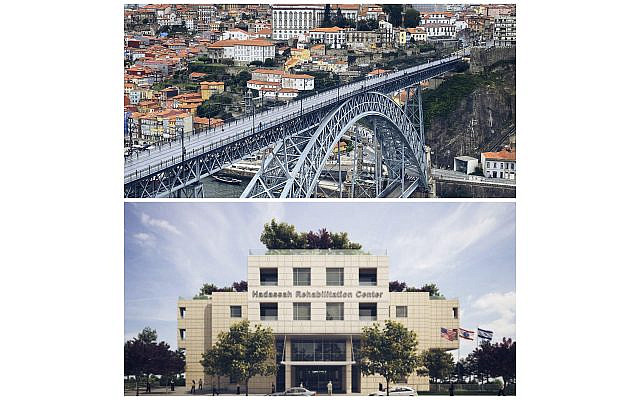 When I was small, I was fascinated by the vast depth of the universe. Were the million stars in the night sky just that, or little cameras that were watching every single move made by us, tiny creatures here on earth?

As I got a little older, I was still not able to ask myself questions about life and death or the meaning of our finite existence, until an extraordinary teacher opened my mind to understanding the connections between life and the universe. Speaking about the possibility of alien life to sixth graders, he was not only my first encounter with the relevance of the probability theory, but he also introduced the powerful concept that there must be life like ours in many more places. Just a simple calculation, a matter of science.

As I entered my young adulthood, I started putting the dots together. The stars were not cameras, they were part of something bigger than themselves, something that nurtures dreams, poetry, romance, and exploration. A cosmic connection that continues the expanding development of matter initiated by the Big Bang.

If the stars were my hobby, my purpose became protecting, recreating, and saving life. The understanding that every life, like the stars, is part of a much larger picture, gave me a profound understanding of the sacred value of every life.

Jewish history is an ongoing cycling loop of life, tragedy, and reconstruction. Empires fall and disappear. We, the Jewish people, were never meant to be an empire. Thus, when we fall, we  do not disappear. We stand again, and again, forever.

During the last few weeks, I had a chance to “walk” one of the central locations in that Jewish history cycle.  Together with my colleague Andy Wiesner, Director of Special Projects for Hadassah International, we travelled to Portugal and Spain as part of an outreach program to connect the Hadassah Hospitals in Jerusalem to new supporters and new collaborations in Europe.

The first of those locations was the fascinating and beautiful city of Porto, Portugal. At the Western gate to Europe, where the charming waters of the Douro River merge with the salty waves of the Atlantic Ocean, stands a city known for its wines and bridges. The city remains a beacon of calmness and tolerance, a feature that made the Iberian Peninsula a welcoming home for both Jews and Muslims over five hundred years ago.

As I crossed one of the monumental six bridges connecting both sides of the city, I was fascinated by the hills on both sides with their small colorful houses built almost one on top of the other. However, at some point, as I watched the boats under the bridge that were taking anonymous people to unknown destinations, I thought about how that Golden Era of coexistence and creativity was dramatically ended by the Inquisition, one of the darkest periods in the history of the Jewish people. I thought about how Jews were expelled, had to go into hiding, or simply were murdered.

In a city of bridges, I felt how those bridges of tolerance had been broken. Connecting to the emotions of those who went through that terrible experience, I could sense the despair, the tearing, the rupture.

And yet, hundreds of years later, here we were in Portugal, a country that together with Spain, has opened its doors to all descendants of those expelled, enabling them to regain their rightful place in these lands they were forced to abandon.

As a sign of the new breeze reigning over this part of Continental Europe, the Sinagoga Kadoorie was rededicated in Porto in 2016. It is open to the many hundreds of Jews and an increasing number of visitors as much more than a house of prayer. It is a center of hope.

Bridges that connect are being rebuilt. Indeed, Hadassah is also part of that rebuilding.

In Porto, we met the leaders of the Fernando Pessoa Foundation, a group of non-Jews who admire Israel and are now working with Hadassah in creating a partnership that will help them bring teaching and medicine from Israel to Portugal and by extent, to Europe.

In Madrid, together with the Center Sefarad Israel, Hadassah International will feature Hadassah experts in a series of public events that will present Hadassah’s innovations to Spanish society.

Hadassah, historically, has stood as a symbol of bridging among nations. In lands where links were broken, where the cry of the falling could not be heard; we bring back the sounds of healing.

At this time of the year, we commemorate Tisha B’Av, the Ninth Day of the Jewish month of Av. One of the saddest days in the Jewish calendar, the day honors the memory of the destruction of the First and Second Temple, as well as the day the Inquisition decreed as the last day Jews could leave Spain and Portugal.

We fall, we stand. We are destroyed, we rebuild. We are broken, we heal.

For me, the remembrance of the suffering is a moment of pain that is immediately followed by the need to act. Tisha B’Av is not only about what we lost — it is also about what we regain afterwards.

The strength of the Jewish people has never been its giant constructions or monumental developments. Our strength is in the values that we carry on from generation to generation, aiming for a world where every human being has the right to have a life in dignity and freedom.

At Hadassah, we carry those values as part of our most basic DNA. Our Hospitals in Jerusalem work night and day to develop new medical solutions that can be implemented immediately to heal all the amazing humans living in this multicultural city of peace.

On top of the hills of Mount Scopus, Hadassah’s latest development is all about rebuilding. The new Rehabilitation Center at the historical Hospital Campus, is being constructed to basically rebuild lives that for one reason or another, were broken.

While I am traveling the world inviting and welcoming friends and supporters to be part of this project in Jerusalem, I hear the voices of those who will speak again merging into a choral singing of Jerusalem of Gold. Those voices keep me running, inspiring myself and others to do better, to do more.

During these holy days, as we remember the destruction, I pray and act upon my commitment. And while we might not be able to rebuild the sacred buildings of our past, we can be part of a journey that rebuilds a life.

So that, maybe, on the rooftop of this new Rehab Center in the hills of Jerusalem, a child who is recovering from a tragic life disruption can also look at the stars as I did at his age, and wonder if somebody is watching from afar.

And if I was sitting next to him, I would tell him that I do not have answers to that, but there is something I do know:  we are watching over him, and all those who will follow him.

About the Author
Jorge Diener is currently Executive Director at Hadassah International. Hadassah International is the international arm of the Hadassah Medical Organization in Jerusalem and as such promotes in different parts of the world Hadassah's mission of healing, teaching and research. Mr. Diener, through his activity as a senior fundraiser for major capital gifts has solicited major gifts in the fields of health, education, social and community work. Over the years, Jorge Diener's professional activity has focused in adding international value to local leaders, companies and organizations through a combination of training, consulting, coaching and networking building. Throughout his activity as consultant and trainer for companies, NGOs and public institutions, Mr. Diener has developed innovative models that enable grass-root movements and well-established NGOs to grow their support through human and financial capacity building. Jorge Diener, before starting his consulting and training practice, served for many years as a Senior Director at the American Jewish Joint Distribution Committee, where he gained an extensive international experience after spending years of service in Latin America, North America, Europe, the countries of the Former Soviet Union and Israel. He trained, coached and consulted for over 1,000 leaders and managers of all different backgrounds and sectors.
Comments
Advertisement