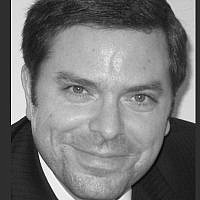 The Blogs
Avidan Milevsky
Psychologist, Researcher, Lecturer and Author
Apply for a Blog
Please note that the posts on The Blogs are contributed by third parties. The opinions, facts and any media content in them are presented solely by the authors, and neither The Times of Israel nor its partners assume any responsibility for them. Please contact us in case of abuse. In case of abuse,
Report this post. 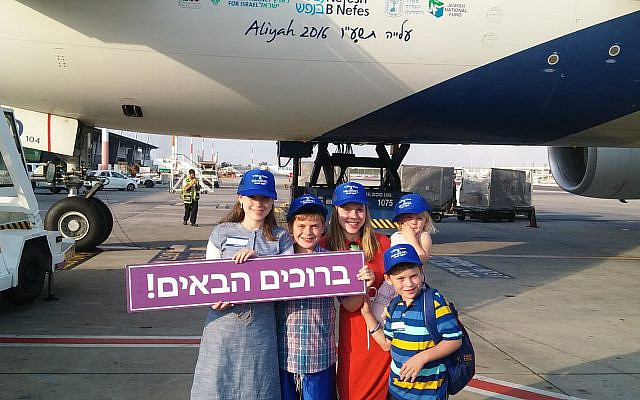 This weekend we read in the weekly Torah portion about the quintessential immigrants to Israel, Abraham and Sarah. Their Aliyah story has served as a model and inspiration to millions of immigrants to Israel throughout the generations. Beyond the inspiration, the details of their narrative may hold the secret of successful immigration to Israel.

As a relatively new immigrant to Israel myself, and a psychologist working with families of immigrants, I am often asked about the risks involved in making Aliyah, especially with children, and what can be done to maximize immigration success. Although many people have theories about this question, usually driven by their own experience, surprisingly, very little scientific data is available that can help us truly understand what makes for better adjustment after Aliyah.

In order to fill this gap, we recently launched the Successful Transition after Aliyah Relocation Project (The STAR Project) at Ariel University. In collaboration with Nefesh B’Nefesh, we surveyed 140 US immigrants to Israel to learn about what makes for a successful immigration to Israel for individuals and families. The particular focus of our study was how the initial reasons, or motivation, for immigration impacted successful transition after immigration.

Immigration to Israel can also be motivated by either push or pull factors. People may have decided to leave the US because they felt pushed away due to Anti-Semitism, high tuition in Jewish day schools, family or marriage problems, or due to addictions and a desire to start fresh in Israel. On the other hand, others may have decided to move to Israel because they felt pulled by something extraordinary about life in Israel such as Zionism or religious practice.

When we looked at immigration motivation and success we found that those who moved to Israel for pull factors did better long-term than those who decided to move to Israel because they felt pushed out of the US.

More importantly, we also wanted to look at the reason that pull factors are so important for successful immigration. Or in research speak, we wanted to test what may mediate the relationship between immigration motivation and success. What we found was that families who moved to Israel for pull reasons were also more committed to the move after they arrived in Israel. They continued to look at the positive aspects of life in Israel which gave them strength and perspective when they had to deal with some of the challenging parts of Aliyah. This, in-turn, made the Aliyah successful. On the other hand, those who moved to Israel for push reasons were less committed to life in Israel once they arrived and focused heavily on the challenges of immigration without looking at the beauty of life in Israel. This, in-turn, made their long-term adjustment difficult.

Abraham and Sarah were the template of immigration to Israel for pull reasons. Life in Haran was good, which is why Abraham’s father Terah chose to live there after they escaped from Or Casdim. Abraham and Sarah chose to leave it all behind because they were pulled by the promise of life in the Land of Israel.

Although The STAR Project is ongoing as we continue to assess other variables that contribute to successful Aliyah, what this part of our findings suggests is that families looking to move to Israel should consider emphasizing the “pull” of Israel with their family including the religious, spiritual, Biblical, and Zionistic connections to the land. This can be done via family discussions, family activities, and visiting Israel.

It is further important once you arrive to continue to be inspired by life in Israel. Find time to meet new people, travel the country, enjoy the food, visit magnificent sites and continue to remind yourself why you decided to move to Israel in the first place. Remind yourself what made you initially pursue the calling of “Go forth from your land and from your birthplace and from your father’s house, to the land that I will show you.”

About the Author
Dr. Avidan Milevsky is a psychologist, researcher, lecturer and author. He is an Associate Professor of Psychology at Ariel University in Israel and a psychologist in Bet Shemesh and at Wellspring Counseling in Towson, Maryland. He authored 6 books including “Sibling relationships in childhood and adolescence: Predictors and outcomes” published by Columbia University Press. Dr. Milevsky has lectured to audiences in the US, Canada, South America, Europe, and the Middle East. He has been interviewed by national media about his work including stories in The Washington Post, The Wall Street Journal, The New York Times, The Associated Press, Real Simple, and Allure Magazine. He has been a guest expert on TV and radio including an appearance on Public Radio International's "The Takeaway."
Related Topics
Related Posts
Comments