One of the most spiritually and religiously moving days I ever had was not a Jewish one.

It was a sunny summer afternoon in Northern Israel. Seventeen ministers and priests and I walked up a hill stopping a few hundred feet before a church. Behind us was an enchanting view of Yam Kinneret, the Sea of Galilee, and across the Sea, the cliffs of the Golan Heights. 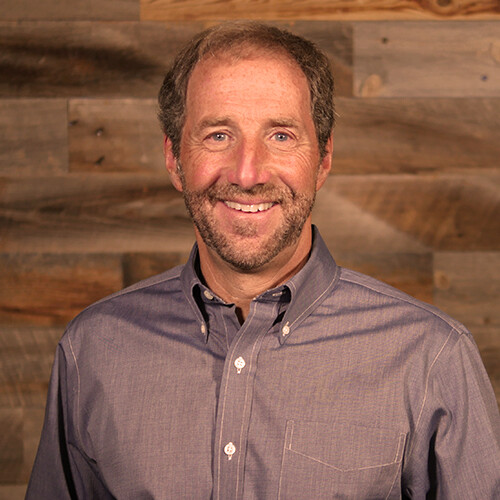 It was there that Bryan Wilkerson, the senior pastor of Grace Chapel, a church here in Lexington, MA stood up and delivered the Sermon on the Mount in what is believed to be the actual location where Jesus delivered it 2,000 years ago.

With a clear voice, he recited from memory:

“Blessed are the poor in spirit: for theirs is the kingdom of heaven.

Blessed are they that mourn: for they shall be comforted.

Blessed are the meek: for they shall inherit the earth.” (Matthew 5:3-5)

While I knew this was not from my tradition, I was moved by it: its words, its cadences, its message, and this reenactment in its probable historical setting. To Christians, Jesus is the Messiah intimately connected to God; for Jews, he was first and foremost a Jewish teacher and not the Messiah.

I listened as a student.

This complex relationship between Christians and Jews, and for that matter, among Christians, Jews, and Muslims, can be traced back to one person: Abraham.

In exchange for leaving his homeland, God offers Abraham the following in return: “I will make you a great nation, and I will bless you; I will make your name great, and you shall be a blessing. I will bless those who bless you and curse him that curses you. V’nivrikhu bekha kol mishpahot haadamah. And all the families of the earth shall bless themselves through you.’ (Gen 12:3)

This is a powerful offer. Abraham, or Avram, as he is called at this moment before God changes his name, is given the promise of a legacy.

And note the movement from his blessing, to those around him and then to all nations of the earth, from the personal to the communal to the universal.

His becoming the father of the nations of the world is reaffirmed at the end of our Torah portion when this Covenant between Abraham and God is concretized with Avram’s name change; he will become an “av hamon goyim – the father of a multitude of nations.” (Gen 17:4,5)

And this is what happens; Abraham is seen as the earliest spiritual ancestor of Judaism, Christianity, and Islam. 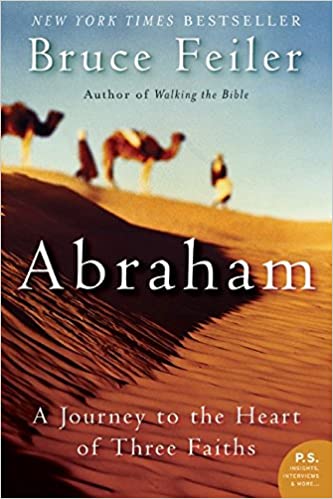 Bruce Feiler in his book: Abraham: A Journey into the Heart of Three Faiths explains that “the great patriarch of the Hebrew Bible is also the spiritual forefather of the New Testament and the grand holy architect of the Koran.” (p.9)

His connection to Judaism is straightforward as Jews recite in the Amidah, the central standing prayer recited at every service: “The God of Abraham, the God of Isaac and the God of Jacob.” (Siddur)

There is a direct link between him and his grandson Jacob whose name changes to Israel, whose sons became the 12 tribes of Israel. Clearly, he is the progenitor of the Jewish people.

But Christianity has its roots there as well since Jesus is seen as linked back to King David and from there back to Abraham. Abraham becomes an exemplar of salvation by faith and the conduit of the blessings for the nations.

In addition, there is a notion in Judaism that Christianity is descended from Abraham’s other grandson: Esav. Esav is linked with many of the enemies of the Jewish people: the Amalekites, Haman and his followers, the Romans, and then Christians. Jews suffered greatly at the hands of these enemies, especially Rome and Christianity where much of the last two millennia were marked by hateful language and violence culminating in the Shoah, in the Holocaust.

But even amidst these tensions, Christianity saw Abraham in an esteemed light, focusing on his call at the beginning of this morning’s Torah portion and a model for being called to God’s service.

In Islam, Abraham is known as Ibrahim and the focus is on stories of his childhood like early Judaism’s midrashim – narrative and commentaries about why Abraham is chosen. This includes the story found in Jewish sources that Jacob just referred to about Abraham smashing the idols in his father’s idol shop. When his father, Terah, confronts him, Abraham blames the largest idol. Terah responds that the idols cannot do anything, proving Abraham’s point.

While the interactions among these great faiths have not always been positive – think of the Crusades, Muslim conquests, and expulsions of Jewish communities, there have been moments of co-existence.

This idea can be found in some earlier sources like the Talmud (a classic Jewish text from around the year 500 of the Common Era),  where we find the following teaching: “Rabbi Hanan bar Rabba said in the name of Rav: On the day when Abraham our father departed from the world, all the great ones of the nations of the world came and stood in a row (in mourning), and said: ‘Woe to the world whose leader has perished; woe to the ship whose pilot has perished!” (Bava Batra 91a)

Since Vatican II almost 60 years ago, relations between Jews and Christians have taken a remarkable new tone. Interfaith dialogue, clergy associations, and ties between the adherents of these faiths have been transformed, leading to a new bond where each community has awakened to be able to learn from the other. 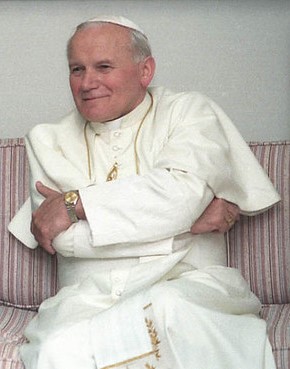 Utilizing Abraham as the linchpin, Pope John Paul II spoke about this bond in his speech to the community of Mainz, Germany in 1991.

The Pope said: “Jews and Christians, as children of Abraham, are called to be a blessing for the world [cf. (Gen. 12:2 ff.)], by committing themselves together for peace and justice among all men and peoples, with the fullness and depth that God himself intended us to have, and with the readiness for sacrifices that this goal may demand. The more our meeting is imprinted with this sacred duty, the more it becomes a blessing also for ourselves.

“In the light of this promise and call of Abraham’s, I look with you to the destiny and role of your people among the peoples. I willingly pray with you for the fullness of Shalom for all your brothers in nationality and in faith, and also for the land to which Jews look with particular veneration. Our century saw the first pilgrimage of a pope to the Holy Land. In conclusion, I wish to repeat Paul VI’s words on entering Jerusalem: ‘Implore with us, in your desire and in your prayer, respect and peace upon this unique land, visited by God! Let us pray here together for the grace of a real and deep brotherhood between all men, between all peoples! . . . May they who love you be blessed. Yes, may peace dwell in your walls, prosperity in your palaces. I pray for peace for you. I desire happiness for you.’” [cf. Ps. 122:6-9].

“May all peoples in Jerusalem soon be reconciled and blessed in Abraham! “ 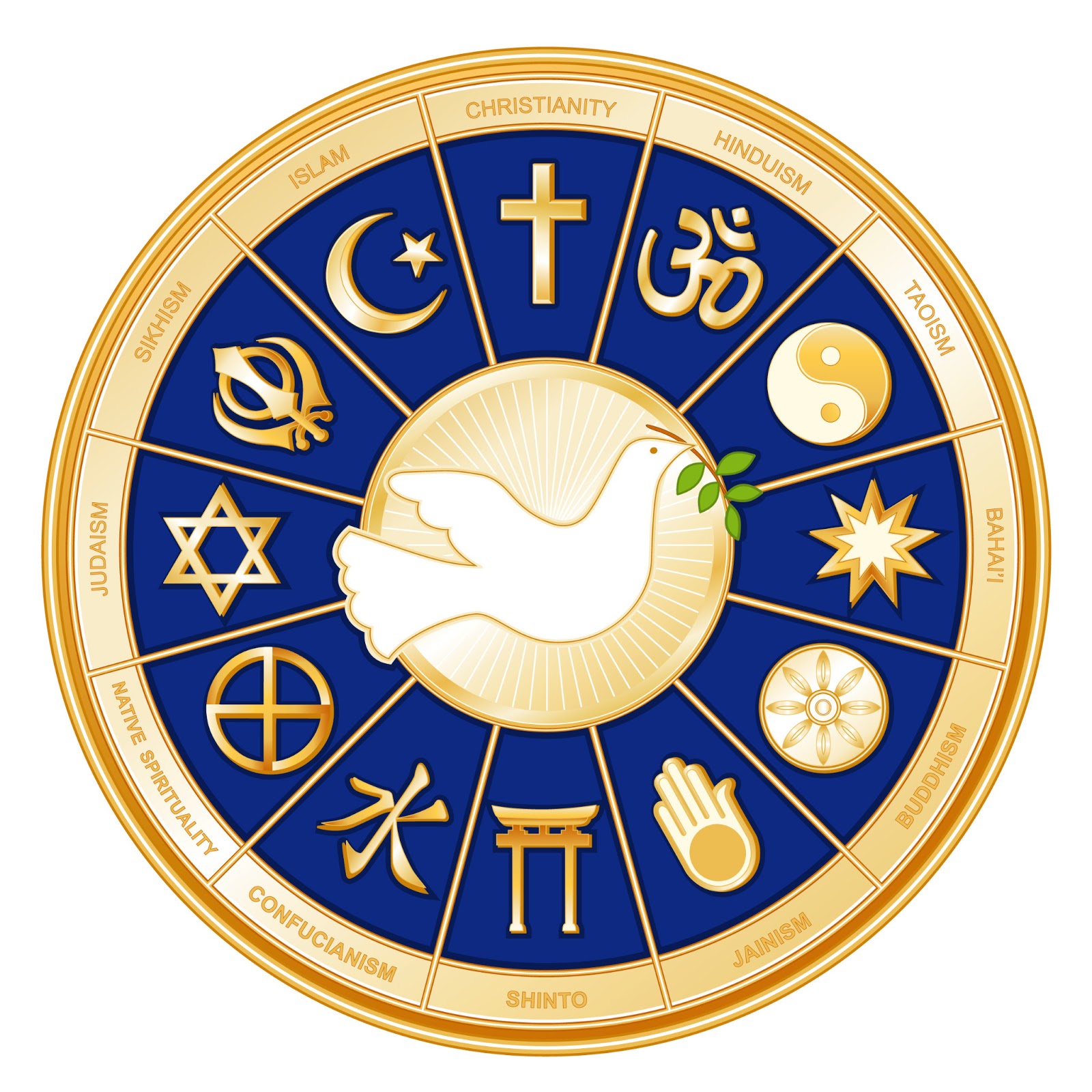 There is more interfaith work in which we need to engage, not just with Christians but also with Muslims and members of other faiths, but those nascent conversations and partnerships are happening, especially here in the Boston area. It is challenging given the political complexities of the Middle East, but those religious dialogues will be critical not only to local communities, but also – I believe – to the peaceful future of humanity.

Returning to that Israel trip, I had another moment I will never forget. As we took in sites around the Sea of Galilee where Jesus lived, we stopped in Caperneum, or Kfar Nahum in Hebrew, I sat in what may have been Jesus’ synagogue where he delivered his first sermons or divrei Torah on Shabbat mornings, putting on my tallit – my prayer shawl – and tefillin –  small black boxes with scrolls of parchment with relevant passages from the Five Books of Moses.

As I prayed there in my traditional Jewish garb, my mind wandered back two millennia thinking of Jesus, perhaps sitting in the same spot, praying in similar attire, wearing his tefillin and I smiled thinking of the bonds between our faiths.

May we all continue to walk in Abraham’s steps learning from and with each other.