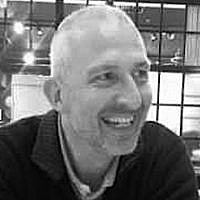 The Blogs
Nathan Godleman
Apply for a Blog
Please note that the posts on The Blogs are contributed by third parties. The opinions, facts and any media content in them are presented solely by the authors, and neither The Times of Israel nor its partners assume any responsibility for them. Please contact us in case of abuse. In case of abuse,
Report this post.

The following is not a fake news story! Some months ago, the Council of South London Liberal Synagogue resolved to respond to the refugee crisis in a very specific way. Rather than raising money for other organisations to spend, it decided to launch its own campaign. The aim, to refurbish the former caretaker’s flat and invite a Syrian family to live in its midst.

It is a beautiful idea, building on the social justice work of recent years, and inspired by the hospitality for which our forefather Abraham has become known.

A tent open on all four sides, welcoming visitors from all directions – from all directions. In a few short months, there could be new faces in this religious building in Lambeth, as well as in more palatial surroundings down the road!

There has been a great deal of support for the project at SLLS and a range of people has become involved.

With the support of Liberal Judaism, there is a real sense of enthusiasm and momentum, and the story has been reported in the national media and by at least one newspaper beyond our shores – in Germany, as it happens, a country that responded to the crisis by opening up its borders, motivated by a desire to do good, and coming from a particular historical perspective. Unlike Angela Merkel, we have received only a little flack.

Two Facebook posts – one from Israel, and one from an Australian radio presenter, no less – along with an old-fashioned letter, of a more personal nature.

The former asked whether we raised money for Jewish and Israeli causes, too – the answer is yes, on an annual basis and for many decades.

The next addressed the security situation of Jews in Europe and positioned us as a vulnerable group, in relation to Islamist terrorism. How can we open our doors to Muslims in London, it asked, when we are having to reinforce them at our schools and synagogues elsewhere?

I feel we need to address this type of criticism and try to build consensus wherever possible. Not to do so risks more polarisation and would be ironic, if it were not so dangerous.

When we seek to reveal the humanity in the Other, in the refugee, we should not create a new Other in those who disagree with us.

That word ‘refugee’ itself may contribute to Otherness. Like the similar term ‘asylum seeker’ ten or fifteen years ago, it has become almost toxic in some quarters. Yet what does it describe?

A person seeking refuge, and I can think of few words as good as ‘refuge’, and few things as clear as the need to offer a place of safety. If we hear footsteps running in the night, the sound of pursuit, someone hammering on our door to gain admittance, how do we respond?

Although the issues around the refugee crisis are far from straightforward – and I would rather be a rabbi than a politician any day – the answer cannot be to ignore what is going on, to bolt the door shut.

Defining someone by their current status is problematic and limiting. I remember listening to an Eritrean man speaking at a drop-in centre, not in London, but in South Tel Aviv.

The story of how Eritreans arrived in Israel and how they have fared since is a shocking one, involving hostage taking and torture in Sinai and government indifference, at best, once across the border.

This man had ended up as a refugee, but that was never his life plan, nor the sum total of himself as an individual, and he made this point to us quite forcefully.

As Londoners, refugee stories are part of the fabric of life. We could all recount examples, personal or otherwise.

For me, there are my mother’s grandfather and his siblings, arriving from Poland in the first years of the twentieth century – whether economic migrants or fleeing Tsarist oppression, we do not know – and other relatives who left Ireland earlier, possibly driven out by famine.

There are my father’s friends in 1930s Kilburn, with their Italian and Spanish surnames; the church building near my school in Willesden turned over to educating Belgian children after 1914; the flats overlooking our garden at home, where German Jewish refugees sat on their balconies in the summer and had the opportunity simply to grow old.

As a teacher and form tutor, I met, and came to know over a number of years, Ali and Amin, from either side of another Middle Eastern border, whose families had fled the regimes there.

I worked with John, from Central Africa, who showed me a scar on his leg one day where he was shot by police at a political demonstration, and I have taken care to change his name and be vague, as his country of origin remains unsafe.

They were not refugees to me, they were Ali, Amin and John.

In very little time, if we can raise enough money, we will say the same of the family we take in.

Finally, there is Masud, another former student of mine, a young Somali man, a Muslim.

He posted a link to an article on his own Facebook page recently, about a mosque destroyed in a fire in Victoria, Texas.

A mosque leader exclaimed that ‘Jewish community members walked into my home and gave me a key to the synagogue!’ If my relationship with Masud had left him more receptive to such news stories, I can only imagine the difference this one act of kindness made to relations between Jews and Muslims in the city.

I wonder if it made its way to St. Louis, where the Muslim community has raised seventy thousand dollars this week to help repair a desecrated Jewish cemetery there. At South London Liberal Synagogue, we too have chosen to open our doors, not close them. To reach out, rather than retreat. It is the example of Abraham, one of radical hospitality, and we hope that it will lead to angelic encounters, or at least to human ones of the highest kind.

About the Author
Nathan Godleman is a former secondary school teacher from Willesden in North West London. He is approaching the end of his penultimate year at the Leo Baeck College and is proud to be serving as the minister of South London Liberal Synagogue.
Related Topics
Related Posts
Comments 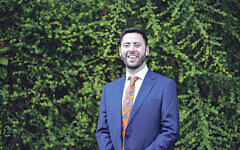 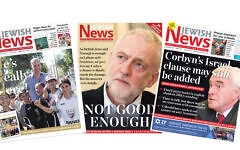