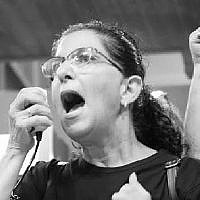 The Blogs
Ora Griv
Apply for a Blog
Advertisement
Please note that the posts on The Blogs are contributed by third parties. The opinions, facts and any media content in them are presented solely by the authors, and neither The Times of Israel nor its partners assume any responsibility for them. Please contact us in case of abuse. In case of abuse,
Report this post. 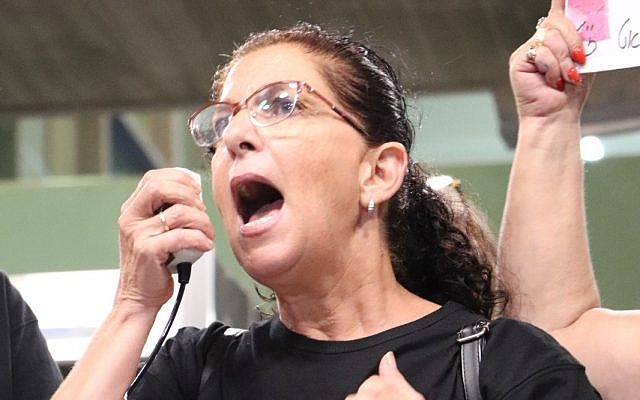 The following is an adaptation of Ora Griv’s speech raising awareness of the Mizrahi housing struggle in Abu Kabir.

We, the residents of Tel Aviv’s Abu Kabir neighborhood, will finally have our voices heard in Israel’s Supreme Court today, May 20th, in a bid to right a historic injustice. We will be fighting for our right to fair compensation in the wake of discriminatory evictions. Our neighborhood’s current situation is both a consequence of historic discrimination against Mizrahi Jews and an example of the government’s current discriminatory policies.

In Abu Kabir, we have rallied allies, fought and won our case in the lower courts. However, the Tel-Aviv Jaffa municipality has appealed the ruling to the highest court in the country. They insist on a compensation offer of only NIS100,000 per household. That sum is not even enough to buy a closet in Tel Aviv. Meanwhile they, the municipality, have plans to build multi-million dollar condos in place of our homes. We are merely asking for fair compensation, enough to buy a home, since we are being expelled from ours.

In 2010, our neighborhood and homes were transferred to the Tel Aviv-Jaffa Municipality in a secret deal, without so much as informing us. It was at this time that the Municipality began to send us threatening legal demands, dragging us into court to fight for our homes. We received unexplainable bills for property taxes and astronomical debts that the Municipality claimed had accumulated over the years. They also placed liens on our bank accounts despite the fact that over 90% of our residents are elderly, sick, or disabled. The Municipality has not rolled back the liens even with the COVID-19 situation, worsening the economic uncertainty in Abu Kabir. Now, after living in Abu Kabir for almost 70 years, the Tel Aviv-Jaffa Yafo Municipality is evicting us under the false claim that we are “intruders.”

We are far from intruders. My family, along with forty others, were forcibly relocated to Abu Kabir in the early 1950s after making Aliyah from Iran. I now understand we were brought to Abu Kabir in a time of unrest, to be a human buffer between European Jews in Tel Aviv and Palestinians in Jaffa. Not even a shekel of government funds was invested in our welfare – we had no water or sewage lines, street lights, trash removal, and definitely no cultural services. We took care of these services on our own and at our own expense.

My father, with the help of other residents, settled the neighborhood and established a synagogue for Persian Jews in the heart of Abu Kabir. The community became stronger and life was full and vibrant. Children, then grandchildren and great-grandchildren were born in the neighborhood – we celebrated brits, weddings, and other joyous occasions. We also experienced funerals and catastrophic times –everything happened in our neighborhood.

In the 1970s, the land of Abu Kabir, which was until that time public land owned by the Israel Land Authority (ILA), became privatized. A predominately Ashkenazi government narrowly disseminated information on this change and Mizrahi Jews were largely left out of these information distribution channels, resulting in widespread housing ownership inequality. The unjust treatment of Mizrahi Jews is not only part of the past – it continues to be perpetuated today.

There are other examples in which eviction cases were managed differently, like in the neighborhood of Lifta outside of Jerusalem. Kurdish Jewish residents were relocated to the formerly Palestinian neighborhood by the Jewish Agency after 1948. Like Abu Kabir, the community of Lifta received eviction orders in 2010, yet succeeded in fighting for fair compensation with the help of Knesset members in 2017.

We are going before the Supreme Court to present our case for equal treatment before the law. We insist the Tel Aviv-Jaffa Municipality issues us fair compensation. We have fought for our rights for several years, and our upcoming hearing marks what could be our final battle. We know that the story of Mizrahi housing justice does not begin or end with us. We can only hope that the Supreme Court upholds the values of housing justice and supports our plea for fair compensation that matches the value of the homes we have lived in for 70 years.

Translation with the help of a group of activists.

About the Author
Ora Griv is a resident of Abu Kabir. She was born in the neighborhood in 1963, the youngest of 11 siblings. She loves her home, her neighborhood and her family and will continue to fight for it and for them no matter what.
Related Topics
Related Posts
Comments