Things happen so quickly in the Trump White House that we ordinary folks often have trouble keeping up. Every day a new shocker. Within a single week we saw press secretary Sean Spicer resign, a foul-mouthed Anthony Scaramucci named White House communications director and then quickly fired at the demand of a new chief of staff, John F. Kelly, who replaced the ousted Reince Priebus in that position and gave up his own job as homeland security secretary to take on this new one. As they say in that old Abbott and Costello sketch, Who’s on first?

Just before all this occurred, we heard our president rip into the attorney general he had appointed, the man who had been one of his most influential supporters during the presidential campaign, Jeff Sessions. President Trump told The New York Times that Sessions was “beleaguered” and “very weak,” and that it had been “unfair” of him to recuse himself from an investigation into possible Russian attempts to interfere in the election. By not investigating Hillary Clinton, he also lacked the loyalty he should be showing the president. The criticism went on for days, seemingly aimed at having Sessions resign. Instead the attorney general sadly admitted that the attacks had been “kind of hurtful,” but made no move to give up his position.

I am no fan of Jeff Sessions and his right-wing positions on immigration, voting rights and other issues. But watching his public humiliation, I cringed. My mind leapt to one of the most basic teachings of the Talmud: “A person who publicly shames his neighbor is like someone who has shed blood,” the sages said, to which Rabbi Nahman added, “when someone is shamed, the color leaves his face and he becomes pale.” Being shamed is like dying, the text implies, and the one doing the shaming like a murderer. Moreover, the teaching continues, someone who calls another by a degrading nickname is condemned to eternal hell. Do you remember some of the nicknames then candidate Trump assigned his rivals during the campaign? “Little Marco” for Marco Rubio, “Lyin’ Ted” for Ted Cruz, “Crooked Hillary” for Hillary Clinton and more.

They are all of a piece, the rapid White House firings and job replacements, the public taunting of the attorney general, and the demeaning nicknames assigned rivals. The president seems to revel in what the Talmud condemns: belittling others. If he disapproved of Scaramucci’s vulgar rants against Priebus and chief strategist Stephen K. Bannon, he has not said so. If he feels embarrassed about having hired Scaramucci to much public fanfare only to publicly sack him 10 days later, he has not shown that. If he suffers an iota of guilt about openly insulting Sessions, he has not revealed it. From the sages’ viewpoint, he might be numbered among those who have no share in the world to come.

What makes Donald Trump run? His loyal base, of course, believes his behavior demonstrates his anti-establishment strengths. Some people excuse him as inexperienced in political matters and others; the less generous think he is simply inept. Many psychiatrists (including my husband) dub him an extreme “narcissist,” so wrapped up in himself that he is oblivious to the feelings or wishes of anyone else. Whatever the label, this president seems to bear a sense of entitlement, an attitude of being above the law and therefore permitted to say and do what he wishes.

According to several commentators, his shaming of Sessions was designed to have the attorney general resign so that Trump could appoint someone in his place able to fire special counsel Robert S. Mueller. Sessions had recused himself from the Russia investigation, because he had been prominently involved in the campaign. Trump would like the investigation terminated and Mueller, who heads it, out. But he prefers to have someone else do the dismissing after having whipped up a storm by personally firing FBI Director James Comey. So far his plan hasn’t worked with Sessions, so Trump will have to find a different path to achieve his goal. Meanwhile, he has made it clear that no matter what happens, he can pardon anybody, including himself. He is, after all, the most powerful man on earth.

Jewish tradition has something to say about such grandiosity. The rabbis cite the story of King David, who had the husband of his lover Bathsheba sent to the front lines to be killed in battle so that David could marry her. For abusing his power and violating the moral law, he was punished by the death of the child Bathsheba bore him. No king, no president, nobody, stands above the law — legal or moral — this story teaches. If Donald Trump learns nothing else in office, we as citizens need to make sure he learns that lesson.

Francine Klagsbrun’s new biography, “Lioness: Golda Meir and the Nation of Israel,” will be published by Schocken Books in October. 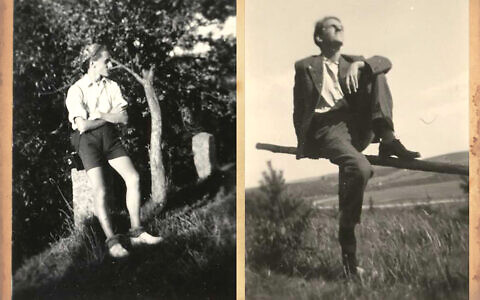 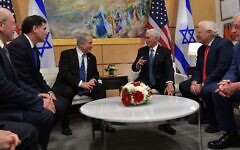 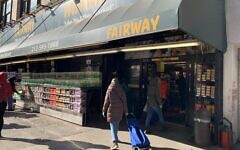 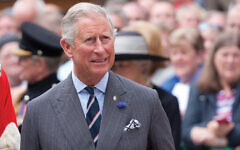 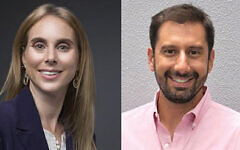 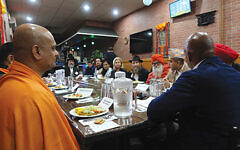