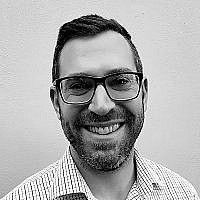 Often I feel confused and conflicted in our modern, free and communicative world. In my mid-’30s I’ve experienced enormous change in a short time having seen technology and the internet explode in my late teens. Some things are so much easier than they used to be, my kids laugh at me when I tell them about VCRs, radios and pay phones. But much like the rapid change we’ve seen in the last few decades, our attitudes and ideas have also changed. Not necessarily in a way that makes life easier, but in a way that blurs what things really mean and how we relate to them.

Last November, Australia (where I live) had a Same-Sex Marriage (SSM) vote – which was successful for the ‘Yes’ vote (62% to 38%). Opinions within the Jewish community were varied as you might expect, but the tone of the discussion within our community and across Australia as a whole, was very heated. Vandalism, physical and verbal assault and bullying were commonplace. Social media as you’d probably expect, become quite nasty at times. I recall a Facebook contact of mine threatening “to unfriend (sic) people who wouldn’t vote Yes” to SSM. I also remember another saying equating “those in favour of SSM are amoral and not really Jewish”. (Granted, those examples are lightweight as I’m a casual social media consumer).

Throughout the entire period, most people I spoke to from all parts of our community and beyond, felt uneasy about the whole process. As a podiatrist working in a diverse area of Melbourne, I spoke to gay, straight, young, old, religious, atheist, conservative and liberal individuals about what they thought. The most common response was that of uncertainty. Whether it was the process being used for political profit or the tone of the argument, the responses I heard from both camps were either parroted slogans or confused arguments about morality and rights. A friend of mine told me she was voting “Yes” because it was a “human rights issue”. When I asked her to explain how exactly it was a human rights issue — she couldn’t, but she implied that those who voted “No” we’re obstructing other’s human rights. Another friend told me he was voting “No” because the Torah said so and the Torah doesn’t care about how your “feel”. I asked him what he meant by feelings and he replied, “Well, you can just do whatever you want!” I listened and waited for coherent arguments to emerge. Something to get me thinking or to challenge me. Sadly, I was left wanting.

Looking back, I wonder whether the debate was based primarily on emotions, which may explain both the passion and the uncertainty. Facts have a great way of promoting neutrality and objectivity. Of course, being human, emotions are essential and inevitable. Yet, I wonder whether the crux of the issue was our society’s confusion over our modern terminology.

Everyday in Western language, certain words have become so ubiquitous, we often don’t think about what they actually mean! Diversity, Acceptance, Tolerance, Inclusiveness (DATI — which funnily enough is the Hebrew word for religious!) — these words are used frequently and in many settings and tend to be bundled together as the lingua franca for being a decent person. All too often you’ll read a piece espousing the aforementioned quarter of language, typically in combination with implication of making things better. Don’t get me wrong, we need to be DATI! It’s the cornerstone of the Jewish message and ultimately progressive cultures — we have a shared responsibility in making the world a better place. Probing deeper into the DATI vernacular, we often mistakenly use the terminology interchangeably, which is possibly where the problem itself lies.

In today’s modern world, an individual who doesn’t practice acceptance is therefore labelled as intolerant despite the fact the two can be mutually exclusive. For example, the majority of religious Jews do not accept SSM as having the same status as “traditional” heterosexual marriage, yet they are often very tolerant of homosexual individuals. So too, a workplace can be very inclusive, without having much diversity. Or an organisation might have a policy of mandatory gender and ethnic diversity which can inadvertently discriminate individuals thereby preventing inclusiveness and causing intolerance toward those who are excluded!

Perhaps the way through the confusion is to rethink how we express our ideas and ideals. We frequently use the DATI formula as our yardstick to label and smear either opinion without actually considering the content or context of what they are saying. Whether the argument is about Same-Sex marriage or any other matter, it’s ok to disagree or to not accept a certain position. You’re not intolerant if you disagree! So too, an insistence on diversity and inclusiveness based on external factors such as gender or ethnicity, is inherently superficial. Effectively, if a person is given preference based primarily on their externalities, we are not viewing them according to who they are as person; rather we view them as an object.

Confusion is nothing new as we face uncertainties in our instant and speculative world. It almost feels like every other day we’re another step closer to the next major global issue — be it cosmic, health, financial, political or military we are under constant threat of the next wave that will submerge us all. And like a wave, opinions and trends can sweep us along to new places of thought and progress both good and bad. But only once we’ve reached the shore can we appreciate the perspective of the ocean of information and emotion that we’ve been swept out of. So in the next upsurge of whatever matter is “trending”, take note of the language, tone and emotion to navigate the murky swell. It’s often the clearest marker for figuring out the confusion to give the safest passage to look deeply at an issue, allowing you to formulate your own unique, unbiased and individual opinion. And remember it doesn’t always have to be DATI!

About the Author
Joseph (Yossi) Frenkel is a Podiatrist, academic, freelance writer and (very) amateur basketballer from Melbourne, Australia. His busy family and community life never ceases to be a source of inspiration, frustration and comedy!
Comments