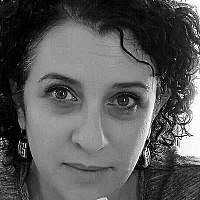 We’re all familiar with the name Dr. Haim Weizmann and his significant contribution made to the State of Israel. He was a devout Zionist who went on to become Israel’s first President. He was also a brilliant biochemist and one of the founders of the world-renowned Ziv Institute (which was later renamed the Weizmann Institute in his honor).

But did you know that Weizmann’s inventions as a biochemist working in the UK during WWI also played a huge part in Israel’s victory in the War of Independence?

In 1916, while researching and lecturing at the University of Manchester, Haim Weizmann found a novel way to create acetone facilitated by bacteria. This new and simplified method of producing acetone became known as the Weizmann Process. Acetone was a much-needed product in the English war efforts to create cordite – a smokeless gunpowder.  Thanks to this invention, Great Britain gained a significant advantage in WWI, and eventually claimed victory with its allies.

It goes without saying that the British government felt indebted to Weizmann and his contribution to this victory, especially since he handed over the rights to this development without charge.  Thanks to his close ties to the upper echelons of the British military, Weizmann had significant impact on the wording of the Balfour Declaration of 1917 – the recognition of the Jewish people to establish their national home in the Land of Israel.

A Secret Bullet Factory is Built

Fast forward 30 years later. Eretz Israel is a British mandate, and the region is aflame with tensions. Jewish towns and villages are coming under daily attack. The pre-state Zionist military organization Haganah, desperately needs 9mm bullets for the Sten submachine guns it has in its possession and used in the defense of the Jewish population against attacks.

Under the leadership of the great Zionist activist Shlomo Hillel, a secret bullet factory, known as the Ayalon Institute, is built 8 meters underground on Kibbutzim Hill between Rehovot and Nes Ziona. A group of teens and young adults from the Tzofim A youth movement is recruited to establish the kibbutz and man the bullet factory. Over three years, these youngsters secretly manufactured 2.5 million bullets. They worked in 10-hour shifts in uncomfortable conditions, keeping their mission secret even from those closest to them. Above ground, their mission was guarded under an innocent-looking, full-operating laundromat and bakery on a working kibbutz – built only to conceal the underground operations from the ruling British.

So, what’s the connection to Haim Weizmann?

The gunpowder used to fill these 9 mm bullets produced at Ayalon Institute by the Haganah was black gunpowder. But there were constant shortages of this precious commodity and there wasn’t always gunpowder to be had. One of the solutions was to steal artillery shells from the British army, positioned only a stone’s throw away on a neighboring hill, remove their gunpowder (Weizmann’s cordite), grind it up using a special device built for this very purpose, and use the powder to fill the bullets produced at Ayalon.

When you consider it, it’s actually quite ironic: Cordite gunpowder, invented by Haim Weizmann to help the British win the First World War, was taken from British artillery and used to produce bullets made by the Haganah to win Israel’s War of Independence. 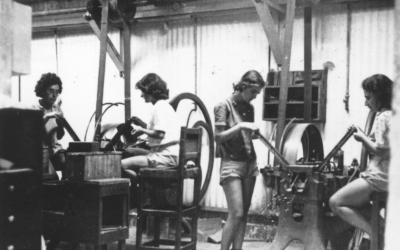 The underground bullet factory – the Ayalon Institute – is now a well-preserved heritage site operated by the Society for the Preservation of Israel Heritage sites (SPIHS), with the help of its partners such as JNF-USA. When touring Ayalon, you can head down to the secret space and view the original bullet cases, machinery and utensils used by the teens and young adults. A new lobby is currently under construction and will be opened to the public on Yom Ha’atzmaut this year. Other projects such as a coffee-shop, seating areas, green spaces, greater accessibility, and improved signage are also underway at this intriguing heritage site.

Find more interesting anecdotal stories about Israel’s history and heritage by following the SPIHS page on Facebook: https://www.facebook.com/SPIHS/  You’ll also be kept up to date with the latest family-friendly activities running at heritage sites throughout the country.

About the Author
Grew up in South Africa. Found a home in Israel. Mom to three adult sabras. Writer on topics that inspire me - history, Israel and social justice. English tutor.