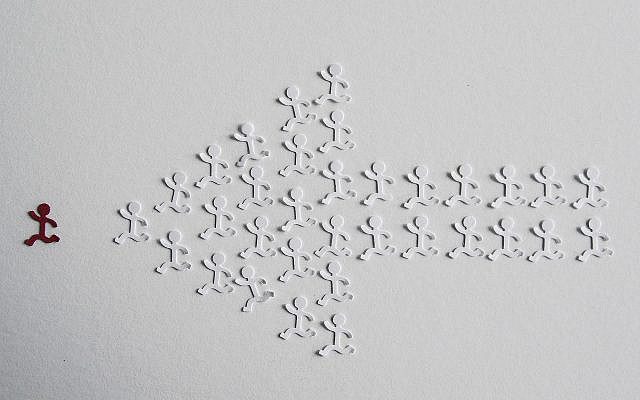 What would it mean to take an active role in our religious lives?

At first glance, it would seem that Bnei Yisrael are more active in the Exodus itself. They take a lamb, they use its blood to mark their doorposts, and they eat its meat in the prescribed manner, and they borrow the silver and gold vessels from their Egyptian neighbors. In contrast, at the Splitting of the Sea, it is God performing tremendous miracles, while Bnei Yisrael just walk through the crossing. Sfas Emes, however, turns this on its head. He says that the actions the people undertook in the Exodus were merely preparatory for the actual redemption. The redemption itself, as we underscore multiple times in the Haggadah, was all God. Not so in the Splitting of the Sea. There, Sfas Emes argues, the people themselves were part of the actual redemption.

How so? Moshe, instructed by God, tells the people to return in the direction that they came, as this will prod Pharaoh to pursue them. This had to have been terrifying, yet they do it, and in so doing they play an active role in their redemption.

Similarly, as the Egyptians are coming near, Moshe calls out to God for help and God says, מַה־תִּצְעַ֖ק אֵלָ֑י דַּבֵּ֥ר אֶל־בְּנֵי־יִשְׂרָאֵ֖ל וְיִסָּֽעוּ – Why are you calling out to me? Speak to the Children of Israel and go forward! (Exodus 14:15) Yes, you don’t know what to do. There are the Egyptians behind you and the Sea in front of you. But I have promised you that I will save you. Now it is up to you to take charge. Figure it out yourself. You be the one to play the role in making this redemption happen!

The famous Midrash of Nachshon ben Aminadav tells the same story. According to the Midrash, after Moshe lifted up his staff, nothing happened – the sea did not begin to split. Nachshon then takes the initiative and says, “If God isn’t doing it on God’s own, then we have faith and move forward regardless.” So he jumps into the Sea, and only then, when the water is up to his neck, does the Sea split. Nachshon didn’t wait for redemption to come from the outside. He moves forward and does what is needed – even taking absurd risks – to make redemption happen. 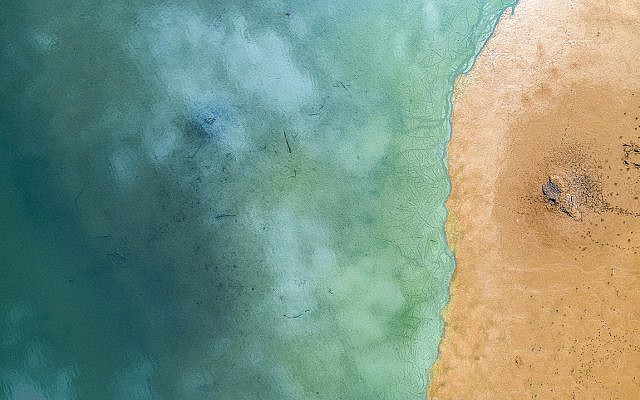 In our religious lives, we must learn to take an active role. This message is true at all times, but it is especially so as we begin to transition from a COVID to a post-COVID reality. Too often in our Judaism and religious practice, we look for meaning to be provided from the outside. We go to shul and we rely fully on the shul – the rabbis, the shaliach tzibbur, the atmosphere and our fellow congregants – to be what creates our religious experience. People often say, “I don’t find davening uplifting,” but what effort are we expending to make our davening a meaningful experience? We depend on the inspiration to come from the outside not from ourselves.

In the age of Corona, some of that shifted. We didn’t have everything provided for us. We created our own Rosh Hashanah and Yom Kippur experiences. It was demanding but also, for many, deeply gratifying – we got to construct the experience and bring our different talents into making these days powerful ones. And they were so, in a completely new and different way. And throughout the year, we have to work every day to create meaningful religious experiences.  Are we connecting to shul? Are we Zoom-ing in to programs and Torah learning? We have had to struggle with the question – what are we doing to bring religious meaning to our lives?

As we transition, God-willing, to a post-Corona period, let’s not forget those experiences. Let’s not go back to having everything just like the first days of Pesach, where all was provided from the outside. Instead, let’s embrace the lesson of the last days of Pesach. Let’s find the right balance between having our religious institutions and structures continue to provide what we desperately need for the depth and richness of our religious lives, but at the same time, let us work to ensure that we are also taking an active role in our own spiritual life, embracing a degree of do-it-yourself Judaism, to take ownership of what it means to be Jewish, and to be partners in our own redemption.