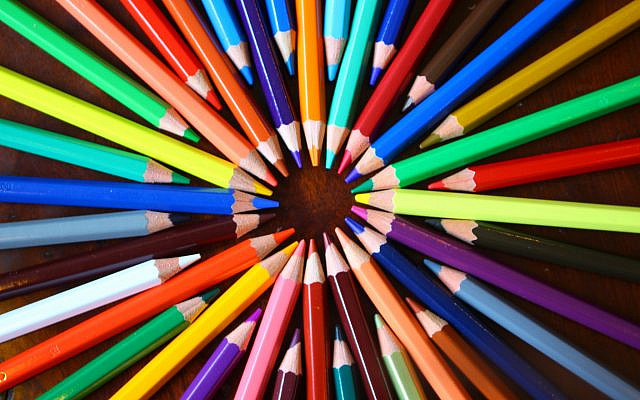 Plenty of Colour Here (Free to Use by Pixabay from pexels.com)

Colour is important. Colour defines us. Colour tells us who we are.
I found myself puzzling over what should be a simple question – what colour am I? Let’s take a look at the possibilities.

Green. A long time ago, greens were the awful vegetables we were forced to eat. Spinach, cabbage, even watercress, were considered essential for the growing child.

But when I became a man, I put away childish things, and the first to go were these ghastly vegetables. So, I am certainly not Green.

Today, this simple word has been taken over by those trying to destroy our way of life, and probably cause immense damage to our planet. If they succeed, most of the world will be green, green with envy at the rich few who can afford a car.

Red. A better choice for lunch is the beetroot. A quick glance at the Internet brings up dozens of tasty recipes using beetroot.

But we were once told that it is better to be Dead than Red. Did anyone really believe this? Luckily, we never had to put this to the test. The Reds stayed in their beds and the American President kept his finger off the button. If they had asked me, I would have suggested a third option that didn’t involve blowing up the planet or becoming a communist, so I am certainly not Red.

Orange. You would think that Orange would be a good compromise between Green and Red, but this reminds us of the Orangemen and the never-ending troubles in Ireland. The Orange Order was founded by Ulster Protestants back in 1795, during a Protestant–Catholic conflict that continues to this day. So, we will let oranges stay in their orchards, I am certainly not Orange.

White. I glance at my arm. White as a sheet? White as snow? White as a ghost? No way these descriptions fit my arm, it’s deep brown after joining the crowds sunbathing at the beach. No, I am not White.

Yellow. Perhaps this could be me? But no, this conjures up pictures of people with jaundice or worse, the Yellow Peril. This racist label was given to Chinese workers who immigrated to the US in the late 19th century. People feared that they would lose their jobs to Chinese who would work for lower wages. But I am retired and not looking to take anyone’s job. So, I am not Yellow.

It looks as if I must choose a new colour. All the old ones are in use.

……. a nice shade of Champagne Pink. And to make sure there is no mistake, I give you the full hexadecimal form, F1DDCF. It couldn’t be clearer than that, I have written it in Black and White.