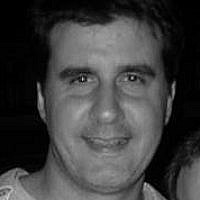 The Blogs
David Sher
Apply for a Blog
Advertisement
Please note that the posts on The Blogs are contributed by third parties. The opinions, facts and any media content in them are presented solely by the authors, and neither The Times of Israel nor its partners assume any responsibility for them. Please contact us in case of abuse. In case of abuse,
Report this post.

There is nothing like a good narrative to fall back on when you lack any deep understanding of what you are writing about. Whether the narrative is true or not makes no difference to some, as long as the world can be made to fit into a neat little package. Roger Cohen of the New York Times has made this approach into an art form. His editorials lurch from inconsistent potion to inconsistent position (Anti-Putin; we should be prepared to arm Ukrainian Rebels; Pro-Iran, we should not confront Iran and should instead move forward with the Nuclear deal even though Iran has already arguably broken the agreement through its missile tests) with the only common theme being that there is a simple narrative in each case that allows him to climb onto a soap box with a clear morality tale to tell.

Nowhere is his lack of understanding more apparent than in his position on Israel. He claims the right to speak for Israel as a Jew but he is willing to throw all facts out the door in order to advance the ideological position that Israel is not doing enough to advance peace. In one of his latest opinion pieces entitled “The Assassination in Israel That Worked” he advances the widely held point of view that the assassination of Yitzhak Rabin destroyed the cause of peace and that the advent of Right Wing governments in Israel made it impossible to revive the two state solution. The only problem with the premise of the article is that it is utterly and demonstrably false. Firstly Yitzhak Rabin was never on record as supporting a Palestinian state. Perhaps he would have come around to the conclusion but that is purely conjectural and perhaps even wishful. More importantly, after Rabin died, two Israeli Prime Ministers offered the Palestinians a state comprising the maximum deal that any Israeli could possibly offer (they were both rejected). In other words, Cohen is wrong, the death of Rabin did not in fact work. The Israelis offered peace on terms that basically mirror the consensus Western view of what a final settlement would look like and were rebuffed both times! Mr. Cohen also fails to mention the fact that Ariel Sharon, a leader that was widely considered at least as right wing as Mr. Netanyahu, actually vacated Gaza completely after the death of Rabin handing over control to the Palestinian Authority. Mr. Sharon planned in fact to vacate areas within the West Bank but was felled by a stroke before he could enact this plan. It is just as well since Gaza ended up elected the terror group Hamas to replace the PA leaving one to wonder why so many gullible people see fit to make the case that the Palestinians want peace in the first place.

The fact that Cohen does not mention these facts are not casual omissions, they are in fact complete obfuscations of the truth in the service of an ideological objective, namely to pray at the altar of the false narrative that Rabin’s death killed peace. Why does Mr. Cohen, and other sloppy journalists of his ilk continue to suggest this obvious falsehood? Because otherwise they would need to confront the simple fact that it is not Israel that killed peace, it is instead the Palestinians.

About the Author
David Sher has a keen, longstanding interest in Israel and spent a study year abroad in Israel in 1984. He is an entrepreneur who has founded four businesses including Greenbacker Renewable Energy Company, his current business.
Comments