You’ve heard of the Ten Commandments, but what about the Nine Abominations?

The former we read three weeks ago, while the latter appear in this weekend’s Torah portion (Deut. 18:9-12):

When you come into the land which the LORD your God gives you, you shall not learn to do after the abominations of those nations. There shall not be found among you anyone that passes his son or his daughter through the fire, one that uses divination, a soothsayer, or an enchanter, or a sorcerer, or a charmer, or one that consults a ghost or a familiar spirit, or a necromancer. For whosoever does these things is an abomination unto the LORD; and because of these abominations the LORD your God is driving them out from before you.

That is the popular translation, at least, for the term used here: toeva.

However, this rendering is highly misleading, just as “commandment” is a poor translation for an entry in the Decalogue (the term in Hebrew is not mitzva, but davar, a statement, utterance or thing). 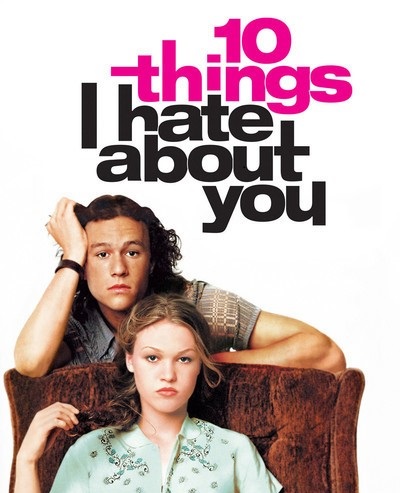 See, Cecil B. DeMille should have used this title.

You see, abomination etymologically means to regard as an ill omen, and divining by omens is on this very list of toevot! Colloquially, it is used to described something which is morally reprehensible, but that hardly fits the term toeva as it is used in the Torah.

It first appears in Genesis and Exodus as a way of describing the cultural differences between Egyptians and Hebrews. “The toeva of Egypt” is used to describe breaking bread with Hebrews, the profession of shepherding (although Egypt itself has vast flocks) and the Hebrew sacrificial rites. Explaining the last of these (Exod. 8:22), Rabbi S.R. Hirsch writes:

Perhaps this is only a diplomatic term, showing consideration for Pharaoh, denoting what the Egyptians regard more than anything.

Wait, toeva is a term of respect? Shocking as it may seem, Rashi says it nearly a millennium before Hirsch, in his comments on next week’s portion (Deut. 22:9), as he tries to define kadosh, a term paradoxically used for both sanctification and contamination.

It seems that we have to go to the South Seas to find an adequate translation for toeva, namely “taboo.” The Torah is listing practices which are off-limits for the Israelites. Similarly, when the Torah says in the previous portion “Do not eat any toeva” (Deut. 14:3), it is not calling every non-kosher creature — 99% of God’s creation — an abomination. Jacob (Gen. 49) compares many of his sons to certain animals, all of which but one are non-kosher; Judah b. Tema (Mishna, Avot 5:20) charges every child of God to emulate certain animals, all of which but one are non-kosher. It is the eating which is forbidden, not their very existence.

However, not all taboos are created equal. A few lines before the prohibition of eating any toeva, the Torah cautions (12:31): “You shall not do so unto the LORD thy God; for every toeva to the LORD, which He hates, have they done unto their gods; for even their sons and their daughters do they burn in the fire to their gods.”

God hates this toeva — so are other abominations adorable? No, but not all cultural taboos are created equal. That is why “anyone that passes his son or his daughter through the fire” is #1 on our list — it is not the first among equals, but inherently different.

In fact, this is the one thing on which Leviticus and Deuteronomy agree. Like Deut. 18, Lev. 18 has a list of “these toevot” — not nine, but eighteen; not sacerdotal, but sexual. There is just one exception — the worship of Moloch: “And you shall not give your seed to pass through for Moloch, and you shall not profane the name of your God; I am the LORD” (v. 21). What the children pass through, as Nahmanides explains, is fire. It is the same as the prohibition in Deuteronomy.

When we get to Lev. 20, which describes the penalties for these acts, there is a clear distinction made for Moloch. All the other offenses have death penalties, but they are virtually inapplicable by human hands, either because the divine court has the responsibility or because these sorts of things do not happen in front of witnesses giving legal warning. But Moloch is a special case, as there is a specific charge on “the people of the land” to bring him to justice: “he shall surely be put to death; the people of the land shall stone him with stones…And if the people of the land do at all hide their eyes from that man, when he gives of his seed unto Moloch, and put him not to death; then I will set My face against that man, and against his family…” The Talmud (Shevuot 39a) famously notes:

When children are being sacrificed, when infants are being burned in the name of God, a moral choice must be made. Is one part of “his family,” those who justify his actions, even in the slightest, by hurling terms of hate; or is one part of “the people of the land” who demands justice? This is a fateful decision, for as Rabban Gamaliel explains, pursuing justice and giving no quarter to such outrages is the prerequisite for living here (Sifra ad loc.): “‘The people of the land’ — the people who are destined to inherit the land by enforcing these very matters.”