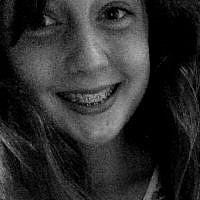 The Blogs
Gillian King
Apply for a Blog
Advertisement
Please note that the posts on The Blogs are contributed by third parties. The opinions, facts and any media content in them are presented solely by the authors, and neither The Times of Israel nor its partners assume any responsibility for them. Please contact us in case of abuse. In case of abuse,
Report this post. 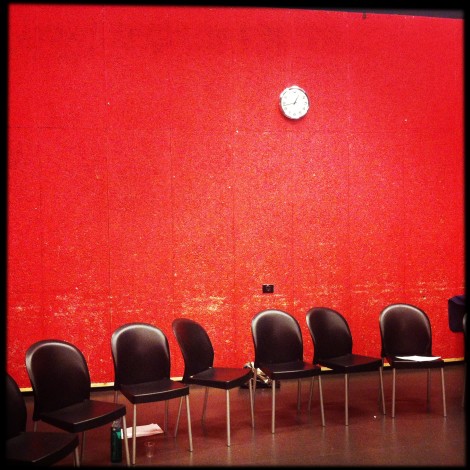 Hi. My name is Gillian. I’m a 14-year-old American girl living in Tel Aviv. Before I moved here, I was in the dark about the Israeli-Palestinian conflict. Yes, I followed the media, but not very often. After settling into Tel Aviv, though, I heard about the conflict pretty regularly. I couldn’t avoid it. I asked my Mom about it and she said I should try to figure it out for myself. I became so interested in the topic that I started writing most of my school assignments about it. I think I’m pretty well versed in the issue now. It’s just an opinion that I’m missing. I’m not Jewish. I’m not Arabic. I’m not even Christian. This allows me to have an unbiased opinion on the relationships among these conflicting groups. But, it also means that I have less insight because I didn’t grow up with the issue, unlike my Jewish and Arabic friends. That’s why I signed up for a conflict resolution class, made up of about thirty diverse teens from all across Israel, to hear these different opinions and decide what I think for myself. Over the coming weeks, I’ll blog about my experiences in the class and try to give an unbiased teen perspective of the conflict.

So, what is conflict resolution anyway? It’s the process of encouraging and mediating a harmonious resolution to a dispute. Why is it important for teens, especially teens in nations with significant conflict, to participate in it? Well, I have some ides about that..

I think teenagers should participate in conflict resolution because we are the future residents and leaders of this world. We come from different backgrounds and different countries. We are rural and urban, rich and poor. Our homes are on the coast, in mountains, along the desert, and in the tropics. We will inherit what you adults leave behind. All of the failures and all of the achievements; we will have to work with it. That means our voices are important. This is our world too.

Teenagers can participate in conflict resolution by giving opinions on how to separate people from the problem, focusing on the diversity of interests, and inventing new options for mutual gain. First, we can separate people from the problem through our unique perceptions, emotions, and ability to communicate with one another. Media plays a role in this and influences how we perceive each other and the conflict. How do we make sure the influence is not biased? One way is to look into the publication that the influence originates from. Is it a news website or a personal website? What resources does the author use to tell the story? We can help our friends identify bias in the media and be aware of how influence affects our perceptions of the conflict.

Emotions also play a very important role in the conflict. The way we feel controls the way we act. Teenagers are different from adults in that we can argue about a controversial topic and still be friends. For example, I have seen an Israeli teenager and an Arab teenager get passionate in a debate, and then, right after, stay friends and talk just like regular teenagers. Our ability to empathize also makes it easier to communicate with each other because we can understand each other on a personal level. Second, we can focus on diversity of interests because we don’t have the baggage of history to deal with. We aren’t stuck with the bad feelings about the past like our parents and grandparents because we don’t remember it like they do. We have a fresh outlook on the future and that makes it easier for us to accept interests that are not our own. Third, we can invent new options for mutual gain. We are young, creative problem solvers and are much more willing to collaborate compared to adults because we are not inhibited by history. We have more respect for one another, which leads to greater potential for mutual gain.

The teenage voice is important in the process of conflict resolution. We are the future of this world. We are the ones who will have to cleanup any messes made by grown-ups and we are the ones who will have keep the peace if it can be accomplished. So, we should be taken seriously and our opinions should be respected. We should be encouraged to get involved in serious debates so we are more mature and practiced before it is our time to make decisions that could have major global effects. We can start by providing our opinions on how to separate people from the problem, by focusing on the diversity of interests, and by inventing new options for mutual gain.

We must make our voices heard. TODAY.

About the Author
Gillian is a fourteen year old United States citizen. She currently resides in Tel Aviv. Having lived in six cities spread over three continents, she is a member of the growing population of globally educated youth. Her horizon is colored by empathy, curiosity, and a love of learning.
Related Topics
Related Posts
Comments