The Blogs
Susanna Kokkonen
Speaker on Jewish-Christian relations; anti-Semitism; the Holocaust and persecution
Apply for a Blog
Please note that the posts on The Blogs are contributed by third parties. The opinions, facts and any media content in them are presented solely by the authors, and neither The Times of Israel nor its partners assume any responsibility for them. Please contact us in case of abuse. In case of abuse,
Report this post. 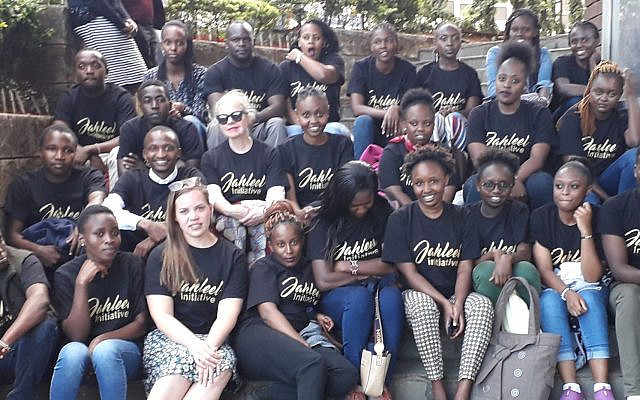 Several times already I wrote about Africa, which today has very important connections to the State of Israel and, during PM Netanyahu’s time, has been almost a political priority. Christian pastors all across Africa want to understand Israel’s place not only in the world but in the Bible. It has been very encouraging (and challenging too in a good way) to get to know more and more of the people who want to connect with the Land of the Bible and its people. This is an aspect of Africa that does not appear on mainline news and even among many Christians on the other side of the globe is quite unknown.

So is the fact too that Africa has a Jewish history. Kenya, for instance, is well-connected with even the history of WWII.

Towards the end of 1800’s there were already individual Jews living in Kenya. One of them mentioned in various sources is J. Marcus, a Jewish businessman, who moved to Nairobi from India and started an export business of local produce. In 1903 the British Colonial Secretary offered the Sixth Zionist Congress land in areas belonging to Kenya and Uganda. This offer, as we know, was rejected by the World Zionist Congress in 1905 thus ending the Uganda Plan. The fact did not prevent individual Jews from moving to Kenya and in 1913 Jewish families settled in Kenya, mainly in the area of Nairobi. There is still a Jewish cemetery, which was established in 1907. A synagogue was established in 1913.

During WWII and the height of Nazi persecution escape routes started to be difficult to come by. Over 1200 Jews came to Kenya in that period. An autobiographical novel of 1995 telling the beauty and the horror of that story was made into a movie ‘Nowhere in Africa’ in 2001.

Where is the Jewish community of Kenya today? Most of it is made up of Israelis; international workers and people, who come to Nairobi for a temporary assignment. In addition, there is an interesting local Kikuyu speaking community that has many Jewish customs and is referred to as Messianic with close ties to Uganda.

My main contacts are with the local churches and I have always been welcomed extra warmly due to my connection with Israel. In fact, Israel has opened me the doors in Africa.

As Israel seeks allies in the UN and elsewhere, my prayer is that African churches will be more and more influential with their own governments. This would be a huge advantage to Israel in its quest for global friends.

About the Author
Dr. Susanna Kokkonen, originally from Finland, has lived in Israel for the past twenty years. She has a doctorate in Holocaust Studies and has pioneered Jewish-Christian relations including at Yad Vashem, as the Director of the Christian Friends of Yad Vashem. She travels around the world speaking about Israel; the Holocaust, anti-Semitism and current issues.
Related Topics
Related Posts
Comments