The Blogs
Arnold Flick
Apply for a Blog
Please note that the posts on The Blogs are contributed by third parties. The opinions, facts and any media content in them are presented solely by the authors, and neither The Times of Israel nor its partners assume any responsibility for them. Please contact us in case of abuse. In case of abuse,
Report this post.

The first thought: they are in Israel because Israel failed to control its border. Thus a major part of the issue starts with fault by Israel.

The second thought: confronted with the issue, Israel did nothing for many years, a second fault. This extended time permitted the immigrants to develop a sense of ownership and home.

Given the facts from the two Israeli faults above, Israel cannot morally justify a forced expulsion of any non-criminals among the group. Nonetheless, it appears that many of the immigrants lack a sense of commitment to Israeli principles and additionally require ongoing welfare benefits; this in turn threatens the harmony of the communities where they reside. So how can the imperative of helping the downtrodden be reconciled when many of them threaten society?

It seems to be in Israel’s interest to have fewer of these immigrants and maybe many of them would, given their time in Israel, now prefer to live elsewhere so long as it is not in the catastrophes that they fled. In this regard, money can help.

Israel is reported to be offering $3,500 to each man being deported; this, however, is not enough. It is not enough to ensure success where they land, nor enough to entice a country to be host. However, say it were $20,000 coupled with two sets of clothes, shoes, and a suitcase. This might do it. The man would arrive in style and would have enough capital to set himself up. More, the amount of money might entice many current immigrants who are not happy in Israel to leave and the money accompanying them might induce countries to accept them. If one estimates 15 thousand immigrants taking $20 thousand, this is 300 million dollars.  Israel has this amount of money, and as noted at the outset, Israel is partially culpable.

Those that would stay despite this sum are likely to have a strong affinity to Israel and will develop into stalwart citizens…just another thought.

About the Author
Arnold L. Flick was born 1930 of secular, Zionist, Russian-Jewish immigrant parents. He has followed events in Israel since age seven when he first solicited for the “Jews of Palestine” on the streets of Los Angeles as a young member of Habonim. He was in Israel for four months 1990-91 and for two months 2002. He is active in the House of Israel Balboa park, a non-profit museum in Balboa Park, San Diego, that provides information about Israel to its 15,000 annual visitors.
Comments
Advertisement 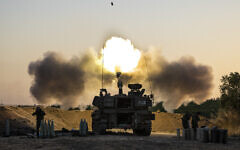