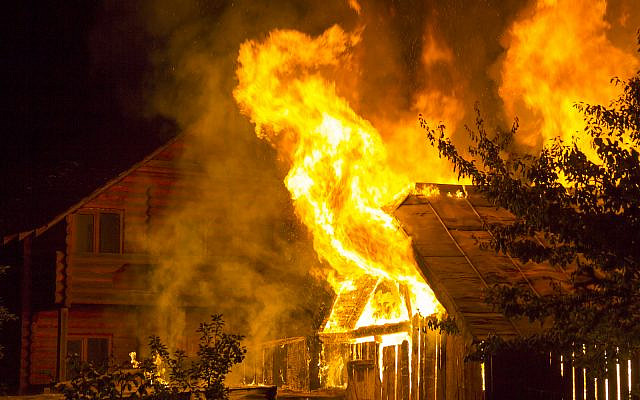 In February 2019, I was in Colleyville, Texas, at Beth Israel Congregation for the bat mitzvah celebration of the daughter of Charlie Cytron-Walker, the rabbi who was held hostage with his family this past Shabbat. His mother-in-law is my first cousin and if there is a family Simcha in America, I do my best to schedule by business trips around those. This time it worked. Colleyville is perhaps the very last place in the world where you would expect that someone would enter a synagogue and hold the rabbi and his family hostage for 12 hours. A town of 26,000 people situated between Dallas and Fort Worth…..the epitome of middle America.

But the America of today is a place where what used to be the unexpected, is now becoming common place. Pittsburgh, Poway, Colleyville…..who’s next? Where is the next place where some crazed individual will enter a synagogue with an idea in his or her head that what bothers them is the fault of the Jews. This time my extended family was lucky, but it does not always work out that way.

The world without a stabilizing force, what America provided for 70 years after World War II, is indeed a place where furious winds blow. Moreover, those winds, based on our two millennia of experience, never bode well for Jews. When the world becomes politically unstable, when the gap between the rich and the poor becomes not a gap but a deep chasm, people look for someone on a white horse to come along and save them. History tells us that the person on the horse usually is not a friend of ours.

The tools of those who aim to destroy democracy are the same ones that have always been used by those bent on destroying the status quo or, in some cases, preserving the status quo at the expense of democracy itself. People break, burn and scatter all the vestiges of civil society, even something as sacrosanct as entering a house of prayer with the intent of doing damage to life and limb.

And you stand around with folded arms.

The question is what do those of us who see this do about it? Do we look the other way because it is not happening here? Do we excuse it as an isolated incident even though it happens again and again and again? Do we chalk it up to tough times and think it will get better on its own?  Seriously?

O, you stand and look while our town burns.

We need to realize that sadly, people are not inherently good. Even the good Lord knew that, which is why we have the Ten Commandments and all of the others laws of conduct elucidated in the Torah. If God had believed that all of mankind was honest and fair there would have been no need for the laws that prohibit murder, stealing, adultery or having unfair scales, to name a few. However, we’ve been given the ability to reason, to see the difference between right and wrong and to make decisions based on that knowledge. We have the tools to put out the fire.

Don’t just stand there, brothers, with your arms folded. Put out the fire, because our town is burning.

Someone is already planning the next Colleyville, we can be sure of that. Next time, it might not be a synagogue, but a church like Emanuel AME in Charleston, South Carolina in 2015, or the church in Sutherland Springs, Texas in 2020. We cannot sit idly by waiting for the next time.

Meanwhile, I have suggested to the family of Rabbi Cytron-Walker that they think about instituting a Cytron-Walker Family Purim each year on the 13th of Shvat to commemorate their deliverance from what could have been a tragic ending to a sad story. Our tradition very much supports that. Perhaps it will also help to remind people of what can happen when vigilance is abandoned.

George Santayana said “Those who cannot remember the past are condemned to repeat it.”  For us, we dare not forget.