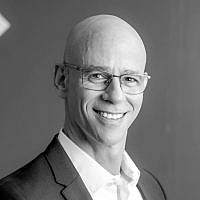 The Blogs
Dror Bin
Apply for a Blog
Advertisement
Please note that the posts on The Blogs are contributed by third parties. The opinions, facts and any media content in them are presented solely by the authors, and neither The Times of Israel nor its partners assume any responsibility for them. Please contact us in case of abuse. In case of abuse,
Report this post.

With Rosh Hashana behind us, the new Jewish Year is well underway, and the new civil year in reaching grasp. The year 2023, stands to be a crucial 12 months in the global economy. In particular, for the world of innovation, there are two great challenges: human and natural resources.

The human resources challenge will certainly be on the mind of many CEOs and investors as we head into the New Year. As they gather their staff in their board rooms to plan for the coming months, many will be wishing that the room was a lot fuller. The vast demand in the tech industry – for both technical and non-technical staff poses a genuine roadblock to the maintained growth of the Israeli innovation economy.

Indeed, this is a challenge which is of great concern to us at the Israel Innovation Authority, and we as we head into the New Year, we are looking at a number of ways to face this challenge, which if we overcome successfully, will represent a significant turning point in Israel’s economic growth – especially at a time of dramatic global slowdown, and possibly even recessions.

To understand the seriousness of the situation, it is important to understand how the continued growth in the innovation field – across many verticals – contradicts nearly every other economic marker. Despite global economic slowdown, a survey conducted earlier this year in cooperation with the Start-Up Nation Policy Institute reported around 33,000 open jobs in Israeli high-tech. More and more this growth is being felt in home grown companies and startups. Israeli growth companies in the last year saw on average a 30% increase in the number of employees, compared with a only around 5% in the development centers of multinational companies.

Of note, there 250% increase in job openings for non-technological positions in high-tech in Israel.

Such a statistic of course has ramifications and potential for the wider Israeli job market and economy. The study showed that 13% of high-tech workers were graduates with non-academic training, two-thirds of whom have no academic training at all. The clear opportunity here therefore for integrating wider sectors of society in the workplace, in the hi-tech world, potentially improving job mobility, and widening the impact on the economy of this crucial sector, should be of high importance to all.

The reality is, and the evidence supports the school of thought that no slowdown will lead to the world needing fewer programmers. They take time to train and time to integrate, and the long term economy remains on an upward trajectory. So it must be understood that the Israeli and global shortage of manpower in tech fields is not only a tech-industry problem. It can also be clearly seen in the commerce and the service sectors, as well as adjacent professions that are currently increasing exponentially. The shockwaves going through the Israeli and global economy affect recruitment, but they don’t reduce the need for increased technologically competent manpower in all branches of the economy and the public sector. They also create new employment opportunities for workers in non-technological positions in Israeli growth companies and in general.

At the Israel Innovation Authority, we are implementing a range of projects to boos our resilience to this challenge – especially helping Jews from around the world working in these fields, who want to make Aliyah and come live in Israel, to come, and carry on their careers in Israel, swiftly integrating into the workforce. We are working to help boost training in innovation in sectors of society which have until now been less engaged. This of course includes the Arab and ultra-Orthodox communities, but also across Israel’s geographical and economic periphery. There is more to be done in the coming year, but as we approach the New Year, we know we are on a firm path.

The second challenge, is that of natural resources – or more specifically, the health of the climate. With growing populations, increasing urbanisation and larger more densely packed population centers, decreasing farmable land due to desertification and rising sea levels, added to a global food supply chain disrupted for geo-political reasons.

Here too, Israel is leading the way. We are developing and investing in more and more climate technologies. We recently held the first global climate technology conference in Israel and announced that at the upcoming COP 27 conference in Sharm El Sheikh, Egypt, in November, Israel will be represented by 10 startups in the field of climate technologies. Before that, in October, we worked in cooperation with the Ministry of Agriculture and other partners, to produce a conference on aquaculture, producing proteins from the sea.

In this challenge too, Israel is leading the way, and as we approach the New Year, I am confident both in our achievements the past year, and in our ability to continue developing the best innovation, for the sake of our own economy, and for the benefit of the whole world.

About the Author
Dror Bin is CEO of the Israel Innovation Authority, an independent public entity that operates for the benefit of the Israeli innovation ecosystem and Israeli economy as a whole.
Related Topics
Related Posts