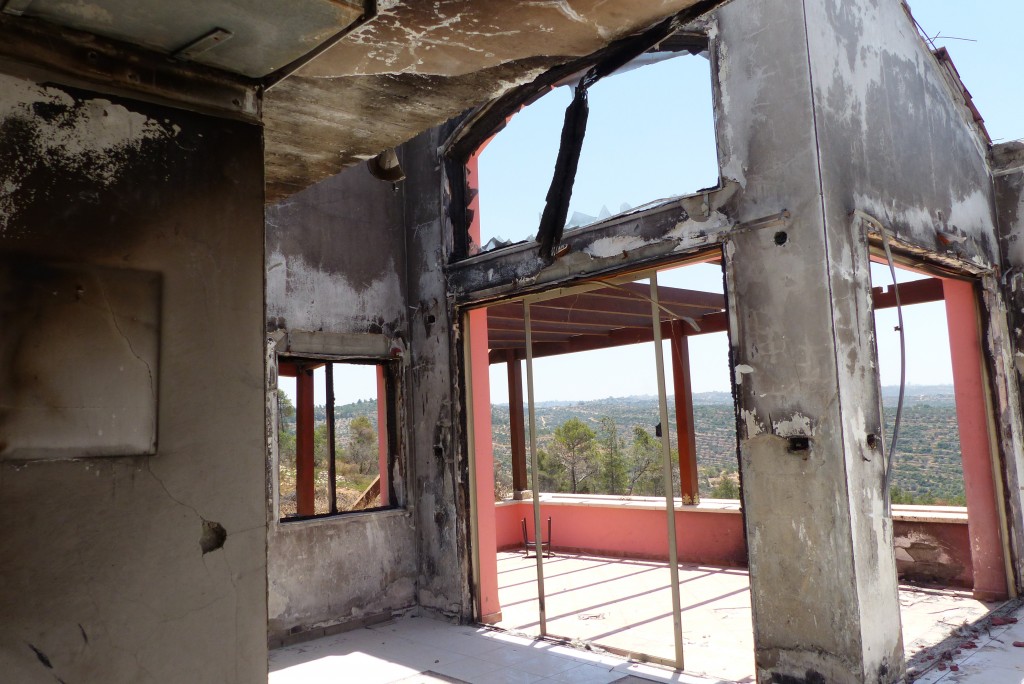 It is always exciting to unroll blueprints for new home construction, to contemplate the future decorated interior. A far more complicated set of emotions are involved when it is a reconstruction, after your home has been destroyed by arson.

“I thought I was packing for 48 hours. Little did I know that I would lose my home,” said Amy Rosenbluh whose home in Neve Tzuf was destroyed in November 2016. She was referring to the warning two days earlier, during a series of arson attacks in Israel that she and her neighbors might have to evacuate the town.

Over the years, there had been a number of isolated attacks on the town.  Rosenbluh showed me the wooded area, just a few hundred feet behind her home where fires had repeatedly been started by Molotov cocktails thrown from passing cars. The town was lucky on those occasions with the fire brigade quickly putting out the flames.

However, conditions were different that November. There had been a relative drought and the trees and low-growing vegetation were tinder dry. Part of the forest consisted of conifers full of pitch .Just as in California other states, the winds were high and conditions were just waiting for a match. 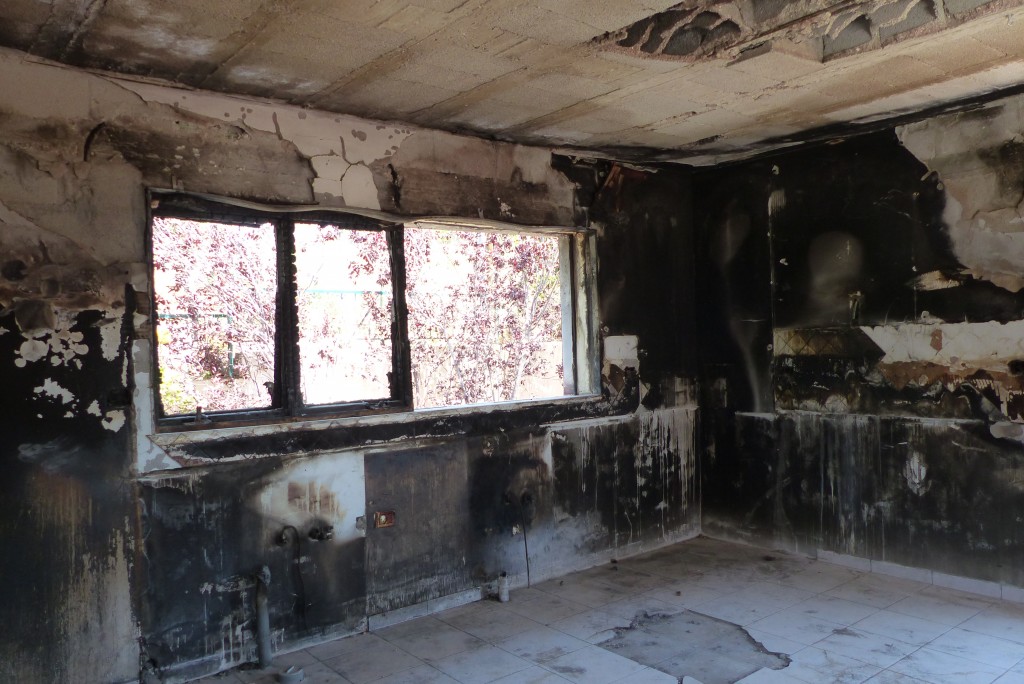 The army did not close the road as requested but instead depended on checkpoints to control potential problems. Although the fires were quickly detected, it took 24 hours to totally extinguish them.  It took even more time for the arsonists from the neighboring town of Deir Abu Mash’al to be apprehended. (Hadas Malka was killed in Jerusalem two weeks ago by assailants from Deir Abu Mash’al as well). All of this did not help the nineteen families whose homes were destroyed.

Disaster assistance is the mark of good governance. Within two weeks, the Regional Council had provided caravanim, form of mobile homes. Rosenbluh’s caravan has a small kitchen, a bathroom and two additional smallrooms, which became a bedroom and a study. Compared to the large home they owned before the terror attack, it is tiny but deeply appreciated. It came with new appliances, linens, kitchenware, and basic household furniture – beds, closets, tables and chairs, a small sofa. There had been an outpouring of donations from people throughout Israel and abroad.

When I walked over to see the caravanim, I found that despite the limited area available, many had small gardens as well as some outdoor furniture. One morning these displaced families woke up to find Tzvika’s Team, about thirty young people from Kibbutz  Meirav, busily putting together the outdoor furniture from DIY kits. They also hauled in good gardening soil and planted the small flowerbeds, which they bordered with local rocks. 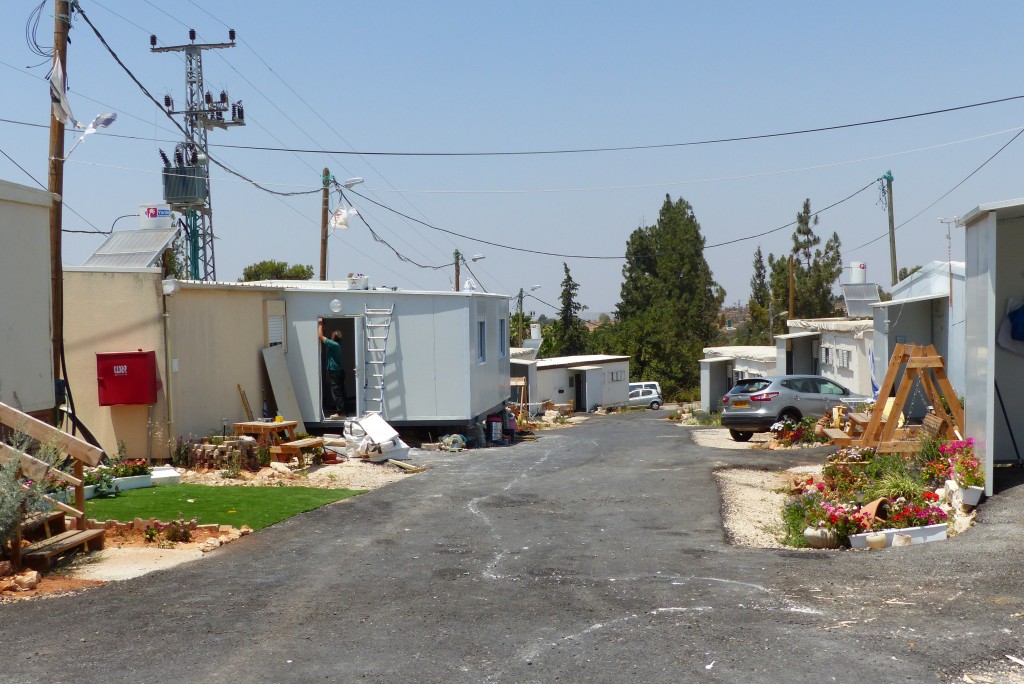 Since the reconstruction of the overwhelming majority of the homes has not yet  begun and these families will be in their caravanim for many months to come, the Regional Council is now adding extensions onto the basic unit. Rosenbluh told me with delight that she can now move the kitchen table into the extension along with their sofa and thereby more easily fit a few people around the table for meals.

I asked about the source of the caravanim and their eventual disposal. Many were loaned long-term from local educational institutions where they were used as classrooms and dormitories and will eventually be returned to them.

I walked back with Rosenbluh to her burnt house. She showed me how the flames rushed up the hillside behind the house. A tree just below the house caught fire and became a torch with flames racing upward and jumping to the bedroom roof where just minutes before, she and her husband Michael had been sleeping. From their roof, the fire jumped outward east and west and destroyed a group of homes in each location. Stepping over the cracked glass, seeing the melted fixtures still embedded in the walls and the soot streaked walls and ceilings was terrifying. The artworks on the walls, including those of naïve artists that the Rosenbluhs cherished, were nothing but sooty outlines that reminded me of the buildings in Pompei. 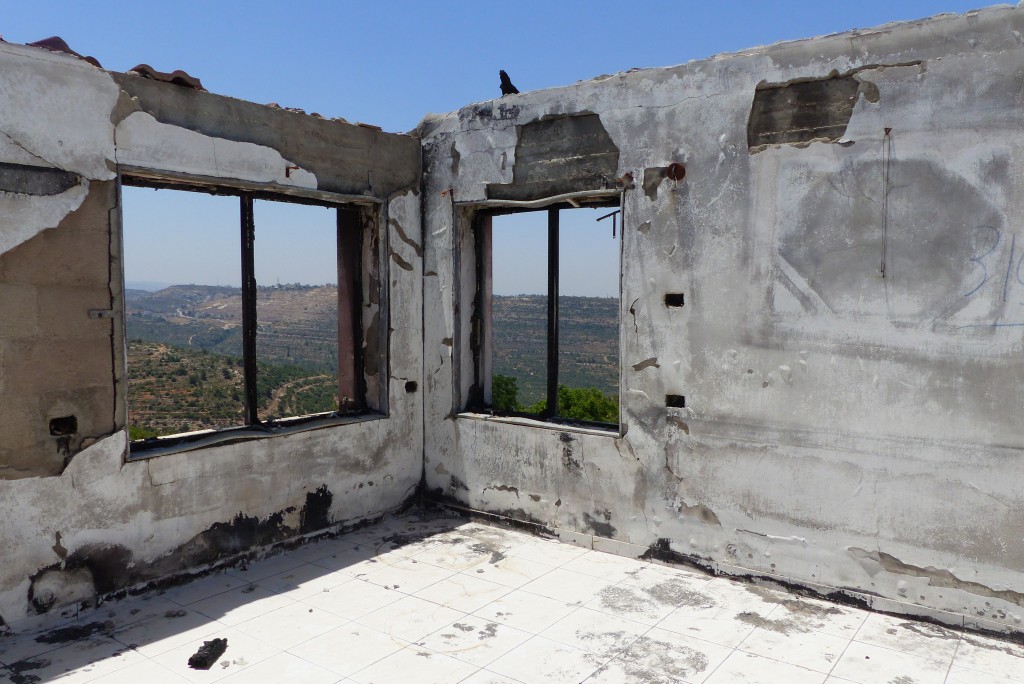 Interest in Neve Tzuf has diminished but the people there are grateful that no one was hurt and the government is helping them rebuild their lives.

About the Author
Sura Jeselsohn has a background in science and is an avid gardener. Her weekly column, Green Scene, is published in the Riverdale Press.
Comments