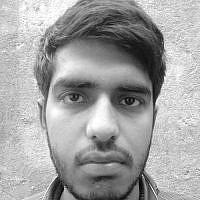 The Blogs
Pitamber Kaushik
Apply for a Blog
Advertisement
Please note that the posts on The Blogs are contributed by third parties. The opinions, facts and any media content in them are presented solely by the authors, and neither The Times of Israel nor its partners assume any responsibility for them. Please contact us in case of abuse. In case of abuse,
Report this post. 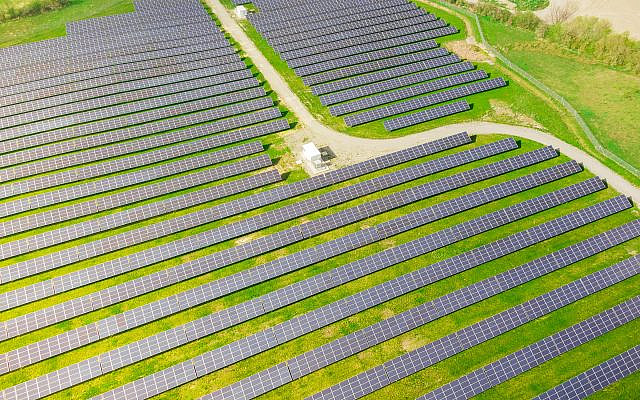 Photo by Derek Sutton on Unsplash

94% of Israel’s energy comes from fossil fuels. According to the country factsheets released by the Global Solar Atlas, Israel ranks 37th among 200+ countries in terms of the Average Theoretical Solar Potential, a parameter which depends on the total solar irradiation received. Israel ranks 11th in the world in terms of the Average Practical Potential, a complex parameter that takes into account the air temperature, topography, and other ambient factors to give an accurate idea of the actual solar installation utility. While its subtropical location, clear skies, and dry climate grant Israel a high solar potential, its low land quality and high population density mean that devoting space to solar installations, whose output is proportional to the installed area, is an exacting task. The country’s population density is seven times that of the world average and its average share of arable land in its total land area has, with great effort, been expanded from about 13.2% in 2013 to about 18% in 2018.

It is quite natural and intuitive to assume that crop farming and solar farming are mutually competitive, both being surface-proportional activities vying with each other for land area to catch as much Sun as possible. Most solar projects thus prospect non-arable and infertile areas in order to maximise economic utilisation.

However, as new research has begun to demonstrate, the relationship between nature and technology need not always be antithetical. A 2019 research study led by Greg Barron-Gafford from the University of Arizona, published in the Nature Sustainability showed that planting certain crops in the shade of photovoltaic panels afforded multiple advantages in drylands. The study found that both plants and panels can benefit from their mutual juxtaposition. The study monitored various ambient parameters such as soil and air temperatures and moisture levels of plants growing under solar panels. It was observed that the conjugation of agriculture and photovoltaics (termed ‘agrivoltaics’) led to greatly boosted food production and drought-resilience in the underlying crops as well as lowered the heat strain on the solar panels thus alleviating overheating-related performance deterioration. In the study, three different plant species were experimented upon – chiltepín peppers showed a sizeable improvement in their carbon-dioxide uptake and a whopping threefold increase in the mass of fruit produced, jalapeños exhibited an impressive improvement in water usage efficiency, while cherry tomatoes displayed huge enhancements in all three parameters.

The presence of transpiring plants improves the moisture profile of the ambience and serves to keep the panels cool, thus maintaining their performance (the efficiency of panels declines with increase in temperature beyond a limit). Panels can also provide limited mechanical shielding to plants against the forces and vagaries of nature.

A myriad of crops, including many common vegetables, grow multifacetedly better under shade than under the open Sun. In fact, for a number of them, too much sunlight is detrimental. Prolonged exposure to excessive solar irradiation may deal photolytic damage to their components or induce debilitating changes by overheating, thus causing permanent impairment to their structure and function. Many such plants can thrive by extracting the requisite amount of energy from diffused sunlight when sheltered. Aeroponics, the technique of crop cultivation using vertically-stacked racks suspended in the air and supplied with a nutrient-rich solution via drip or spray, is already being used to greatly enhance the land efficiency of agriculture. Aeroponics optimizes productivity for certain types of plants in spite of the limited direct sunlight available in vertical stacking.

Using the shade of solar panels mutualistically isn’t unprecedented either. In certain parts of India that see a dry, hot climate, solar panels are installed over water canals to prevent evaporation loss, additionally moderating the temperature of the panels under such intense insolation. Extensive field trials can be conducted to ascertain what all crops perform better under top-shading than when fully exposed to the Sun in order to effectively implement agrivoltaics.

Algal biofuel is also being considered for installation in intimate conjugation with solar photovoltaic installations. Algae used as biofuel are often adversely affected by overexposure to sunlight which may cause overheating and induce bioinhibition in them. Too strong sunlight can damage and break down certain essential biochemicals in the algae or inhibit essential reaction pathways of their life processes. Often the algal photosynthetic efficiency of energy fixation plateaus (flatlines) after a certain threshold, a phenomenon called photosaturation, thus rendering any excess sunlight as effectively superfluous. Installing algal biofuel tanks underneath solar panel installations would afford intensive utilisation of land and could improve reliability of the vacillating output of the solar energy farm, in addition to mutualistic benefits for both forms of energy.

The innovation of transparent solar photovoltaics, which are already being extensively explored for usage in windows and vehicles, is like a whetstone meeting the sword of agrivoltaics. Light coming from the Sun contains a potpourri of radiation from across the electromagnetic radiation spectrum. This melange of wavelengths can be segmented into three major component ranges in decreasing order of wavelengths and increasing order of frequency and energy – the UV Region, the Visible Region, and the Infrared Region, respectively. The usual photovoltaic panels appear opaque as they reflect off much of the light in the visible spectrum, absorbing the rest. However, new solar panels have been devised which let visible light pass through and thus appear transparent to the human eye. Plants appear green as they reflect off most of the green portion of the visible part of the radiation spectrum. Put simply, this means that of all the visible light falling upon them, plants utilize little of the green light. Most of the light absorbed by the plants is from the red portion and some of it is from the blue, although plants need a healthy mix of visible-range wavelengths to prosper. The red portion of the visible band of the spectrum flows into the invisible high-wavelength infrared region, stretching in a continuum. Transparent solar panels let visible light pass through and absorb (derive their energy input from) ultraviolet radiation, which is invisible low-wavelength radiation extending away from the blue end of the visible spectrum. Thus, they would appear opaque under UV light but transparent under visible-range light. Some transparent panels may be made to absorb near-infrared radiation as well, while others might be tailored to permit it through. Growing crops under transparent solar panels would enable even sun-loving (shade-averse) crop species to thrive without compromising the panel’s energy efficiency as the panel and the plant would target different regions of the spectrum with little overlap. Such panels would derive their power by excising the high-energy, invisible UV radiation while letting through the visible light that is favoured and effectively harnessed by the subjacent crops. Just as agrivoltaics solves the problem of land space-sharing, transparent photovoltaics resolve spectrum space-sharing.

Agrivoltaics is a lesson in the fact that harmonisation can enable us to transcend the limits of competition. Panels and plants seem to compete to harvest the sun in a disjoint fashion but intersecting the boundaries of their respective domains through innovation would allow us to overcome the constraints of our resource limits.

Climate change is predicted to significantly raise the risk of droughts and debilitating heatwaves. By enabling greater moisture retention, thermal moderation, and microclimatic management, integrated solar-agricultural farms could prove to be inhibitors of both climate change as well as its consequences. Large-scale agrivoltaics farms could also serve as potential deterrents to desertification, both by serving as physical barriers to erosion as well as through the stabilising effect exerted by their presence. In an ecologically uncertain future, where agriculture and solar energy could both be individually unreliable, agrivoltaics, by providing complementary means of sustenance, could affirm economic stability and security for individuals and communities, serving as a veritable insurance policy against an uncertain future. Agrivoltaics would help build both resistance and resilience to climate and resource crises, thus serving as a fortification against drastic environmental and economic change.

Agrivoltaics can simultaneously and integrally address and help ameliorate security issues of food, energy, and water, the three key threatened areas consequent of the climate change crisis. Agrivoltaics fits Israel like a glove – agrivoltaics provides maximal benefits in arid and semi-arid regions by enhancing water and temperature management, optimises land utilisation, and yields high dual dividends in sunny areas. It’d buttress crops against droughts and heatwaves. Agrivoltaics also have the potential of diversifying agriculture and bolstering food security by expanding the geographical and seasonal availability of various crops. Crop-plant species and varieties which are otherwise incapable of growing in such arid areas can be successfully cultivated under the shade of solar panels, benefitting from the lowered dryness and temperature, beyond their usual season and locales. This is critically important given the pace of climate change, particularly global warming, which is usurping the habitat and niche-suitability of various plants by changing environmental factors like temperature and humidity at rates well beyond the coping capacity of the inhabitants. The speed of change of ambience dynamics is orders of magnitude beyond the natural rate of coping, recovery, and adaptation. Certain crop-plants are no longer able to grow in latitudes and altitudes where they have been grown for centuries, owing to global warming. Agrivoltaics could provide a sheltered, semi-controlled environment for arid areas to cultivate such crops which would otherwise not survive or sustain in the open. Agrivoltaics can thus also double up as an adaptation and mitigation strategy, fortifying agriculture against precarious vacillations, disruptions, and potential shifts borne with future developments.

Combining agriculture and photovoltaics would also boost the economic stability, organisation and systematisation of land usage, and reliability of the installations. Agrivoltaics can also be readily integrated with drip or sprinkler irrigation systems owing to the naturally grid-like array organisation. Agrivoltaic facilities would also be ripe for automation with the likes of mounted cleaner bots and smart multi-sensing watering systems. Machine-learning enabled panel-orientation control systems can be installed that automatically reorient panels to optimise the overall benefits to crops and panels. Being intuitively scalable, agrivoltaics can range from a rooftop system to a full-fledged hybrid farm. Installations can have compound side-benefits such as hindering run-off and wind erosion or potentially providing limited thermal shielding to houses and buildings as part of rooftop installations.

Another population-dense nation, Japan, has begun to actively systematise and substantiate agrivoltaic prospecting and action-planning, its installed grid-connected agrivoltaic capacity exceeding 200 MW. At the beginning of the year, Israel’s Minister of Agriculture & Rural Development and the Ministry of Energy issued a tender to deploy about 100 MW agrivoltaic capacity across 100 locations in the nation. However, ‘agrivoltaics’ simply means cropping and installing photovoltaics in the same piece of land, the exact methods used and technological specifics deployed remain to be seen. Overlapping innovations such as aeroponics, transparent photovoltaics, and IoT could further enhance the high efficiency of agrivoltaic installations. It is high time for all parts of the country to adopt and expand agrivoltaics to gain the competitive edge over other nations and secure self-reliance in the long-run.

Essentially, agrivoltaics is an exercise in reconciliation – nature with science, food with energy, and economy with the environment. Instead of contesting for space, aligning differing interests such that they complement each other, turning contention to cooperation, benefits all. For Israel, the strategy of synergy could prove to be the key to achieving energy independence.

About the Author
The author is a columnist, journalist, writer and independent researcher, having previously written in over 120 newspapers and outlets in 45+ countries, across all six continents of the world.
Related Topics
Related Posts