The Blogs
Ken Toltz
Israel-based writer
Apply for a Blog
Advertisement
Please note that the posts on The Blogs are contributed by third parties. The opinions, facts and any media content in them are presented solely by the authors, and neither The Times of Israel nor its partners assume any responsibility for them. Please contact us in case of abuse. In case of abuse,
Report this post. 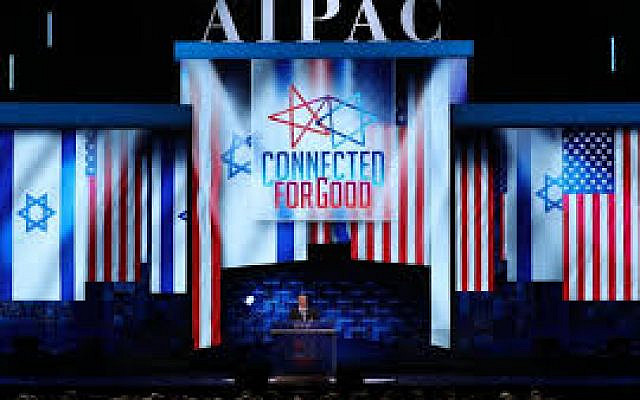 Tuesday’s Michigan primary results showcased the latest battleground – and rules of engagement – for AIPAC (the American Israel Public Affairs Committee) new high profile/high risk political strategy. In the very prominent 11th Congressional District House Democratic primary AIPAC’s PAC spent millions to defeat incumbent Jewish Rep. Andy Levin running in the Democratic primary for this new district, largely Detroit and its suburbs. AIPAC’s favored candidate Haley Stevens easily defeated second-term Rep. Andy Levin who hails from the pro-Israel legacy of his father and uncle both serving for decades before him, AIPAC’s PAC and SuperPAC demonized Levin labeling him “anti-Israel”, for advocating a change in U.S. policy (albeit around the margins of its relationship with Israel and Palestinians) disregarding Levin’s vote in favor of Iron Dome funding just a few months ago.

When the venerable pro-Israel lobby announced last December its new strategy and tactical approach, it was personal for me. My professional career as a pro-Israel advocate began in the Washington offices of AIPAC. I served as staff for AIPAC’s very first political director, including preparing briefings for heavy-hitter political insiders attending AIPAC’s annual Policy Conference, helped co-found a national pro-Israel PAC directed a Colorado pro-Israel PAC and escorted congressional candidates on tours of Israel. During the year 2000 election cycle, I became a candidate myself winning the Democratic nomination to run for Colorado’s 6th Congressional District.

Then America’s role in support of Israel, and AIPAC’s work became even more personal. Three years ago, I relocated my home and became a citizen of Israel. Just last May the U.S. co-developed and funded Iron Dome intercepted over 4,000 Hamas rockets fired indiscriminately toward Israel’s population centers including my Herzliya neighborhood. The effectiveness and efficiency of Iron Dome intercepted and destroyed over 90% of those rockets, the few that got through caused significant trauma and damage, without Iron Dome it would have been catastrophic.

The U.S. Congress responded to Israel’s emergency appropriation request for $1 billion resupply of the defensive system last year, with a bipartisan 420 votes in favor only 9 opposed. As far as congressional action directly impacting U.S. support for Israel, no measure brought to a vote could be more unequivocal or clear, or more welcome to Israeli citizens.

Now I see AIPAC’s new highly public money-focused political strategy not only very risky but leading to a low return over the long run. AIPAC intends to wield influence in the political arena not through the strength of its argument that staunch U.S. support of Israel is in America’s national security and moral interests, but rather through becoming known for hard-ball negative electioneering to take out perceived opponents/detractors of the historic relationship.

In the midst of the highly charged post January 6th atmosphere, AIPAC’s endorsements of over 100 Republican election-deniers has publicly associated AIPAC with the insurrection and criminal conspiracy to keep Trump in office just last year. Who will argue this serves to strengthen the U.S. – Israel relationship?

The December 2021 announcement by AIPAC leadership rendered the phrase “AIPAC neither rates nor endorses members of congress or candidates for federal office” inoperable. AIPAC has publicly endorsed, contributed to candidate campaigns and spent millions to help elect favored candidates or defeat others, all before the November 2022 general election campaigns have begun. Reportedly the organization itself allocated over $8.5 million of its funders’ contributions to its PAC and SuperPAC budgets so far this year, cancelling the annual Policy Conference for the foreseeable future.

In most if not all cases AIPAC’s United Democracy Project Super PAC independent expenditure advertising campaigns are completely disconnected with policies relating to the U.S. – Israel relationship, instead are targeted negative campaign advertising meant to discredit and throw a harsh light over unapproved candidates running in Democratic House primaries.

While the truism that “money is the mother’s milk of politics,” still rings true today, over the long run AIPAC simply cannot spend its way to a supportive Congress, it must win the argument and friends on the strength of the merits and strong relationships, not via intimidation or money-fueled power politics.  As a former Congressional candidate myself I know negative campaign tactics lose effectiveness over time, and any single contribution carries a decreasing amount of influence, then what will AIPAC have left but it’s diminished reputation?

Post Script: Scrutiny of AIPAC’s role in 2022 Democratic House primaries has continued to increase in the national, regional and even international media. As AIPAC has responded via social media defending its candidate selections and negative advertising campaigns. This merely underlines my point that the very high-profile nature of AIPAC’s PAC negative advertising is certainly making an impact with unintended consequences too new to measure. We can say though that taking out a few junior backbench Democratic members of the House does not meaningfully impact the US – Israel relationship and carries risks of damage to Israel’s historically most effective American champion.

A preliminary version of this column appeared July 21st in The Forward.

About the Author
Ken Toltz began his professional career at AIPAC in Washington, D.C. after attending Hebrew University in Jerusalem. He's a 3rd generation Colorado native, businessman and long-time gun violence prevention activist. After 42 years from his first visit to Israel, in 2019 he relocated his home to Mitzpe Ramon in Israel's Negev. Ken currently resides in Herzliya. He writes about Israeli politics, relations with the U.S. and the Israeli creative class of writers and filmmakers.
Related Topics
Related Posts