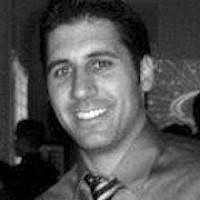 The Blogs
Joel Griffith
Apply for a Blog
Advertisement
Please note that the posts on The Blogs are contributed by third parties. The opinions, facts and any media content in them are presented solely by the authors, and neither The Times of Israel nor its partners assume any responsibility for them. Please contact us in case of abuse. In case of abuse,
Report this post. 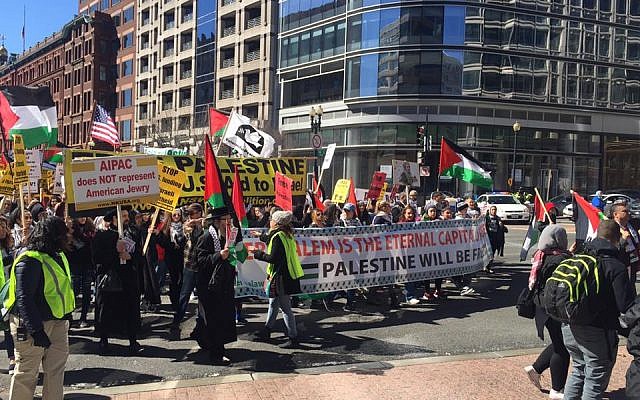 This week, Jews from across the globe will celebrate Hanukkah: the success of the Maccabees 2100 years ago in ejecting the hostile occupying forces of the Syrian-Greeks and reestablishing the Jewish nation in its historical territory, primarily the biblical heartland of Judea and Samaria. Ironically, Airbnb announced just days ago the removal of all listings within the dozens of Jewish communities located in this very region (widely known as the West Bank). Airbnb euphemistically calls these boycotted communities “Israeli” knowing full well the Israelis choosing to live in the West Bank are overwhelmingly Jewish. Meanwhile, Airbnb continues to list properties in Arab communities throughout Judea and Samaria. Anti-Semitic bigots are applauding this partial boycott of Israel—effectively a declaration of war on Chanukah.

A series of empires conquered and ruled this land in the generations following this first Chanukah starting with the Romans, ending with the Ottomans and the British. But following the dissolution of the Ottoman Empire after World War I, the dream of the restoration of the Jewish nation rapidly moved closer to reality. In 1922, the League of Nations included Judea and Samaria in land set aside in the British Mandate for the establishment of a new Jewish state.

In 1947, a non-binding resolution adopted by the United Nations proposing to partition a portion of this land into a Jewish state and a new Arab state was rejected by the Arabs. Thus, it was not implemented. Upon Israel’s official declaration of independence in 1948, her Arab neighbors attempted to immediately extinguish her newfound life. Although Israel survived, the armistice resulted in Jordan unlawfully occupying Judea and Samaria (along with Jerusalem) and expelling the Jewish population. However, Israel maintained control over pockets of the remainder—some slivers just miles wide—and began to thrive. Nineteen years later, Israel’s neighbors once again united against her with the goal of absolute annihilation. Israel not only survived this time, but found herself in possession of Jerusalem along with the entirety of Judea and Samaria. Since then, both Jews and Arabs live in the historic homeland of the Jewish people.

In an effort to secure peace with those advocating for her destruction, Israel has relinquished administrative operations (but not legal control) over much of Judea and Samaria to the Palestinian Authority (the PA). In fact, although Israel remains in legitimate possession of this ancient homeland, many Israelis remain willing to forfeit some of it to those seeking her destruction in the hopes of pacifying hatred. This hatred is pervasive. The charter of the Palestinian Liberation Organization—the entity delegating governing power to the PA—continues to call for the violent destruction of Israel. Schools and television stations operated by the PA poison residents with an endless diet of anti-Semitism. The PA government routinely names streets, public buildings, and parks in honor of terrorists. Even worse, the PA bestows millions of dollars annually as compensation to families of these same terrorists.

Presently, all Israelis—whether Arab or Jewish—are free to buy and sell homes and land within areas of Judea and Samaria under Israeli administration. On the other hand, Jews are precluded from living in the PA controlled zones. In fact, a fatwa—under penalty of death—forbids Arabs from selling real estate to Jews. A top judge of the PA has warned fellow Arabs that acting contrary to this order qualifies as “high treason.”

Despite these facts, Airbnb has chosen to delist properties located in areas under the administration of the only democracy in the region while continuing to list homes within the “disputed territory” under the control of the PA. Only the Jewish communities within the region find themselves denied access. Airbnb also continues to list homes in Gaza, a Palestinian territory jointly controlled by the PA and Hamas (designated by the State Department as a Foreign Terrorist Organization).

This double standard becomes even more vivid considering Airbnb also operates in other disputed territories across the globe. These include Kashmir, Tibet, Northern Cyprus, Western Sahara, South Osetia, and Crimea. In the words of Professor Eugene Kontorovich of the George Mason University Antonin Scalia School of law, “Airbnb says it’s about disputed territories, but this policy applies only to the one part of one disputed territory where Jews live.”

Of course, Airbnb also lists hundreds of homes in Cuba. Unlike the lawfully purchased Jewish properties across Judea and Samaria, many of these Cuban homes were stolen from families half a century ago by Fidel Castro’s murderous regime.

Israel’s Ambassador to the United Nations, Danny Danon, said, “It is shameful that Airbnb, a company that should encourage traveling to and learning about the history of new places, gives in to forces that ignore history and facts, and shut down dialogue and discussion. Airbnb cannot erase the 3,000-year-old Jewish connection to Judea and Samaria. It should focus on the real occupations elsewhere in the world.”

Here in the United States, prominent Jewish rabbis, leaders, and organizations from across the political spectrum joined in the stern rebuke. Rabbi Yitz Tender, Executive Director of Atlanta’s Beth Jacob synagogue, says, “This is a textbook example of the double standard the world’s only Jewish state is held to, what objective experts would consider anti-antisemitism….” B’nai B’rith International–the world’s oldest Jewish charity—called exclusion of these communities a “blatantly discriminatory decision that represents yet another instance of the double standard applied by the rest of the world to Israel…” Rabbi Marvin Hier and Rabbi Abraham Cooper of the Simon Wiesenthal Center called the ban a “double standard anti-Semitism pure and simple.” The Anti-Defamation League voiced “great concern” over a “double standard” being applied to these Israeli communities.

The words of Simon Maccabee ring as true today as they did in 140 BCE: (Maccabees 1 Chapter 15): “We [the Jews] have not taken strange lands, nor are we ruling over foreign territory. We have returned to our ancestral inheritance, from which we had been unjustly expelled by our enemies. And now that we have been blessed with the opportunity, we will hold onto our ancestral land.” Let’s call this Airbnb policy for what it is: a boycott of Jews choosing to live in their homeland.

About the Author
Joel Griffith is an attorney, writer, and researcher. He is the Chair of the Washington, DC, chapter of the Young Jewish Conservatives.
Related Topics
Related Posts
Comments