Al Qaeda declared war on China this week, when it issued its English-language magazine Resurgence, with a section entitled “10 Facts About East Turkistan” critical of China’s Uyghur policies in Xinjiang.

This sudden focus on China follows on the heels of ISIS condemning China in July, when Abu Bakr Al-Baghdadi named China first in a string of 20 countries as battlegrounds to wage jihad, as well as threatened to occupy Xinjiang in its aspirant caliphate.

Perhaps Kobani Kurds may have just found a new ally in China.

Over the past 20 months, China has been suffering its worst terrorist attacks, and has increasingly pointed the finger at Turkey for enabling Chinese Uyghur jihadists to transit to Syria and Iraq to train with al-Qaeda affiliates and now ISIS. China estimates it has 100 fighters in ISIS.

The Chinese suspect Turkey is supporting Uyghur separatist organizations such as East Turkestan Islamic Movement (ETIM) and East Turkestan Education and Solidarity Association (ETESA) that recruits from a large Chinese Uyghur Diaspora of more than 25,000 in Istanbul. According to counter terror expert Jacob Zenn, the Uyghur terrorist group Turkestan Islamic Party (TIP) also has a network in Istanbul to recruit Chinese fighters.

Erdogan’s support for the Uyghurs and East Turkestan independence is well known.

In 1995, while Erdogan was mayor of Istanbul, he named a section of the Sultan Ahmet (Blue Mosque) park after Isa Yusuf Alptekin, leader of East Turkestan independence movement and China’s archenemy in the 1990s.

After Alptekin’s death, Erdogan erected a memorial in the park to commemorate Eastern Turkistani Sehitlerinin, or martyrs, who lost their lives in the “struggle for independence.”

In 2009, China-Turkey relations reached a nadir when Erdogan condemned Chinese crackdown in Xinjiang as ‘near genocide’ with 200 people killed and over 2,000 injured.

In response China played the Kurdish and Cyprus cards and threatened support for their positions unless Ankara curbed Uyghurs’ anti-Chinese activities in Turkey.

For a couple of years things quieted down, as China and Turkey sought to upgrade their ties, even conducting joint air combat exercises in October 2010. However, tensions resurfaced when the Arab spring broke out and Turkey began supporting Islamist groups like Muslim Brotherhood and other extremists groups against China’s ally Assad.

In 2014, AKP’s mouthpiece Daily Sabah began to be used as a platform for Uyghur groups to condemn China.

On 6 August one article featured the vice president of World Uyghur Congress criticizing China’s handling of a July terrorist attacks in Xinjiang when 100 people died, and thanking Turkey for announcing, “East Turkestan issue is under Turkey’s responsibility.”

This is followed by another article on 8 August featuring Rebiya Khadeer, chairwoman of the World Uyghur Congress, thanking Erdogan for referring to Xinjiang abuses as “genocide.”

“We would tell the world that China has been committing genocide in the Uyghur region since the 1900s but no political figure gave voice to our cry except Prime Minister Erdogan.”

Interestingly in 2006, Turkey’s Hurriyet Daily featured an article on China’s changing Kurdish policy, acknowledging, “The PKK and the Barzani-Talabani movements in northern Iraq were never given official support even though they were secretly supported by the Chinese secret service.”

The article continued with a subheading “If you touch the Uygurs, I’ll touch the PKK”, noting Turkey understands China’s warning to Ankara.

Given China sees increasing linkage between Chinese Uyghurs and Turkey’s complicity towards ISIS and Islamic extremists groups that threaten to attack Chinese homeland, Beijing would likely have no issue supporting Kurds as a counter-measure. Now that it appears Turkey is touching the Uyghurs, China will touch the PKK.

Indeed, it has more to gain by supporting the Kurds.

Kurdistan is sitting on top of 30% of Iraq’s140 billion barrels of oil.

ISIS march towards Baghdad also puts Chinese oil interests in southern Iraq at risk, while its interests in Kurdistan are relatively stable. That is why China opened a general consulate in Erbil in September and is negotiating additional oil deals.

In face of ISIS and sympathetic Islamist regimes such as Saudi Arabia, Qatar and others fomenting regional instability that threaten Chinese interests, China is upgrading ties with more stable partners that lack Wahhabi Salafist ideology such as Iran and Kurdistan.

As the US-led anti-ISIS coalition continues to be hamstrung by Turkey, regional actors that have problematic relations with Ankara such as Israel and Egypt, may eventually join Kurdistan and align with China to combat ISIS and other Islamic extremists. 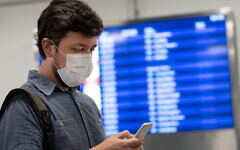