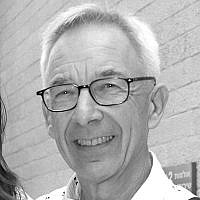 The Blogs
Melvyn Lipitch
Apply for a Blog
Advertisement
Please note that the posts on The Blogs are contributed by third parties. The opinions, facts and any media content in them are presented solely by the authors, and neither The Times of Israel nor its partners assume any responsibility for them. Please contact us in case of abuse. In case of abuse,
Report this post. 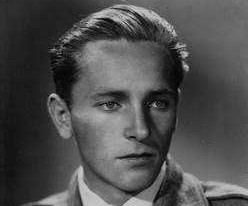 I first met Alex many years ago while working in my family’s antique business in London when one afternoon a man of jovial appearance appeared at the entrance asking to look around, when he left my mother informed me “that was Mr. Ossowski – he deals in mirrors” and she continued rather obliquely “he was in a concentration camp during the war”. What she perhaps didn’t know, due to his modesty and which I discovered much later, was his personal fight against the Nazi regime that ravaged his country.

Of Catholic parentage, he and his brother grew up in Starogard, a small town near Gdansk in Poland which had a mixed community of around 20,000 people. The first Germans they saw at the beginning of the war were SS soldiers and civil servants, the SS immediately took hostages- local dignitaries, Jews, priests, and teachers, who were ordered to do menial tasks such as sweeping the streets and cleaning public toilets; the Jews were forced to wear a placard with the words “I am a dirty Jew” written on it;  a few weeks later some of the hostages were freed but the remainder were taken to a nearby forest and shot. The first sign of brutality Alex encountered in the town was seeing people he knew, beating Jewish neighbours of his – people he respected and admired – such senseless violence was incomprehensible to him.

He recalled in 1940 his older brother Edmund, along with 30 other boy scouts was arrested by the SS, around two months later the family received a letter from the authorities informing them of Edmund’s death, this grievous event was to steer Alex’s future course.

When the war with Russia began the following year, Alex received conscription papers for the German army but feeling such animus towards the Germans he instead fled to Warsaw where he obtained a false identity (Stanislav Jankowski} and joined the AK underground resistance.

Every week he saw countless numbers of Jews from the “walled-off” ghetto being selected for transports to Treblinka extermination camp. The Germans rewarded anyone that denounced Jews that escaped the ghetto; the underground resistance assisted the Jews as much as they could, and warned collaborators, whom Alex described as “hyenas, ” that they would be shot if they continued, those that ignored the warning were indeed shot and a notice placed on each of their bodies stating, “this man denounced Jews” 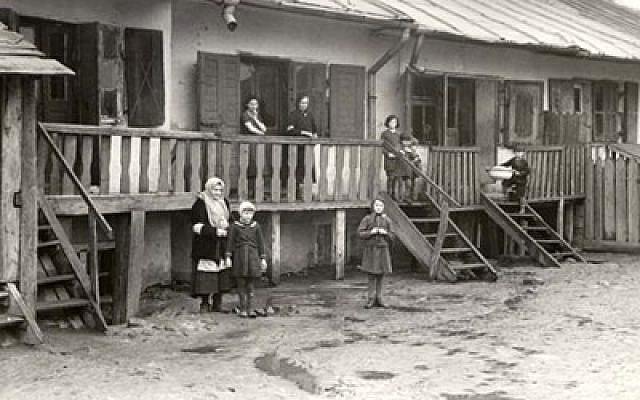 After the collapse of the ghetto uprising in 1943, some Jews escaped through sewers seeking refuge. Two girls named Turova and Ubarta that escaped this way were found by Alex, he took them to 8, Menushka Street, the home of a musician he knew, where the girls were given food and shelter, and hidden from the Germans. Despite the penalty for hiding Jews was death, Alex and the resistance continued undeterred.

The Germans, meanwhile, were ruthlessly determined to catch any Jews still hiding, and in a cynical ruse, offered American citizenship to any that surrendered, some Jews in desperation took up the offer and went to Hotel Polski to surrender themselves, but soon realised they had been deceived. Among the officials at the Hotel was a Jewish SS officer, Lolec Skosovsky, Alex was assigned the task of assassinating him and to capture diamonds he was known to carry in his jacket, the proceeds of which were vitally needed for funding the resistance. Alex arrived at the hotel but before he was able to carry out his mission he was caught and arrested; despite being beaten during his interrogation he managed to convince the Gestapo he was not a member of the resistance but simply attempting a robbery and was dispatched to the ghetto prison.

After two months, he was transported with about a thousand other Polish prisoners to Birkenau-Auschwitz. Arriving at night he was confronted by the frightening spectacle of bright red flames issuing from the crematorium chimney, this together with the awful smell permeating the air did little to quell his sense of foreboding. The SS officer who met them on disembarkation announced “you will live here for two months and the only way to freedom is there”- pointing in the direction of the chimney;  it seemed to Alex an introduction to hell.

Dehumanised, the prisoners endured constant hunger, coldness, routine beatings, and unspeakable cruelty but fortunately due to his command of the German language,  Alex was given a job as a clerk in the hospital where conditions were less severe. Most of the doctors in the hospital were Jewish, including Robert Levy from Strasbourg who later testified as a witness in the Nuremberg War Trials. They met as friends after liberation and Dr. Levy took Alex to a synagogue service where Alex joined in singing the familiar Jewish songs he had learned from his fellow prisoners.

Alex remembered another, more sinister doctor coming to the camp, Josef Mengele, a geneticist who frequently came looking for subjects for his human experiments and was particularly interested in twins, dwarfs and people with physical deformities that were to become unfortunate victims of his sadism.

While working in the hospital Alex became friendly with several of the patients, a Jewish one he knew told Alex he had been selected for “transport”, a euphemism for the gas chamber,  he pleaded with Alex to spare him this ordeal, and on an errand of mercy Alex obtained a lethal pill from the chemist in exchange for some much–coveted garlic, smuggled it into the ward and gave it to his friend, who not wishing to implicate Alex in its procurement, waited until he left the hospital before swallowing it.

There was a regular influx of thousands of French Jews to the camp – a lingering memory that affected Alex as much as any of the daily horrors inflicted by his captors was constantly hearing these French prisoners’ despair of betrayal by their neighbours that “gave up the Jews” for profit. 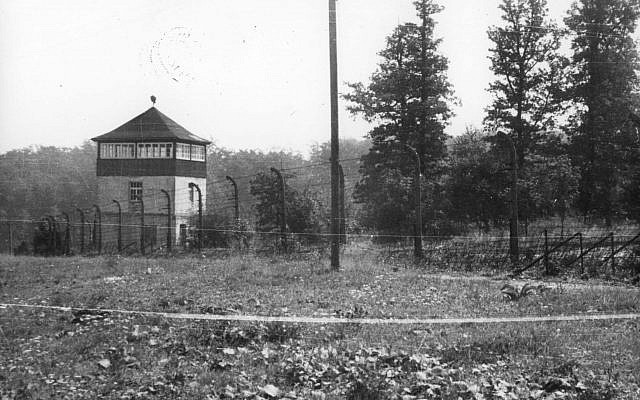 With the Russian army approaching Auschwitz-Birkenau, the prisoners were transferred to Buchenwald and were eventually liberated by the U.S. Army. The American soldiers, many from Polish stock, clearly revulsed by the human deprivation they saw, gave the prisoners weapons to shoot any of the guards they wished. The prisoners believing this was too simple a punishment, devised a more macabre method; they lined up the guards and at hourly intervals made each guard hang the guard next to him. Alex remarked “the prosecuted became the prosecutors”, but he had to turn away from this act of rough justice, “so not to lose the last drop of humanity I still possessed”  this memory haunted him for the rest of his life 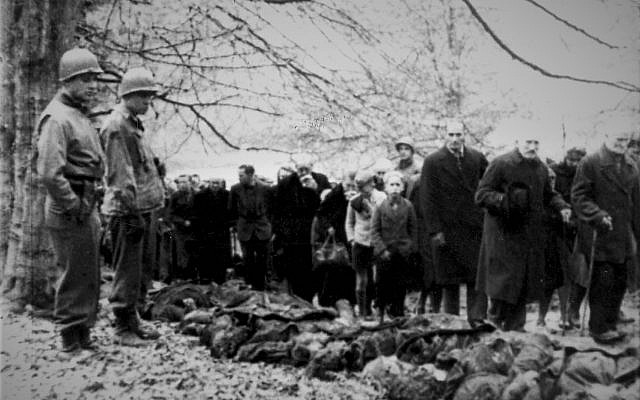 Once liberated, he was taken to an Allied resettlement camp at Northeim in Germany where he first met his soon-to-be-wife, Maria. On being released he left Germany and travelled to Italy, joining “Anders Army”, a Polish unit under British Army command, and in a chance meeting in Rome was reunited with Maria who coincidentally, had also joined “Anders Army”. Their romance flourished and some months later in 1946, their first son Matthew was born. 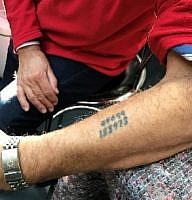 (Matthew, with his parents’ numbers tattooed on his arm)

While in Rome he met the celebrated Polish filmmaker Michal Waszynski (born Mosze Waks) the director of  “Dybbuk”, a fellow inmate at the Resettlement Camp who befriended Alex and engaged him to act in several films, including the leading role in the film “The Long Road” a story about the battle of Monte Cassino.

His short-lived career as a film actor came to an end on being discharged from the army and relocated to a DP camp in Scotland. Alex and Maria started their new life in Britain entertaining Polish troops stationed throughout the country before moving to London, where Alex worked as a painter and decorator. He then enrolled for a course in sculpture, becoming a gifted craftsman, and in 1960 took a shop at 83, Pimlico Road in London, dealing in antique carvings and was later joined in the business by his sons Matthew and Mark. 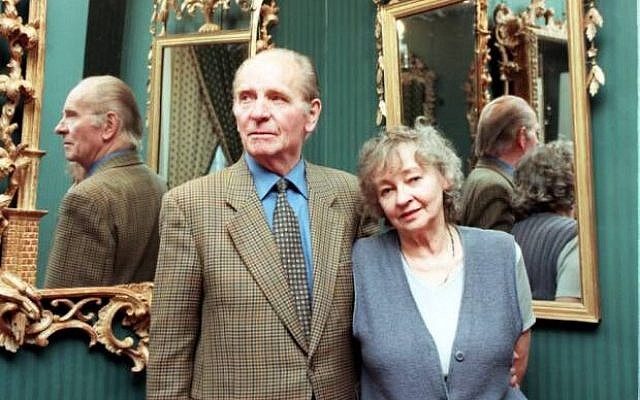 I knew Alex for over 40 years, his always genial demeanor belied a tragic past which he kept well hidden. He was happy living in England, describing it as a country whose values he admired more than any other, but after Maria died in 2011, he decided to return to his native Poland, spending much of his time sculpting. His remarkable life came to an end on 29th January 2018 and was laid to rest in his home town of Starogard.

His experiences during the war years, bearing witness to the Holocaust at close hand engendered his Philo-Semitism and by extension his empathy and warmth towards Israel.

About the Author
Melvyn Lipitch a former Professional Rock Drummer. He later became an expert and authenticator of 18th century English furniture, dealing in this for 40 years. In 2017, he wrote/produced/directed a documentary film “A letter from London “ ( from Herzl to Independence) and is currently working on a film about the Shoah.
Comments