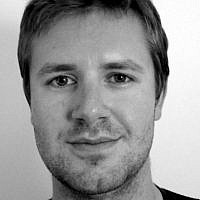 The Blogs
Alexander Griffing
Apply for a Blog
Advertisement
Please note that the posts on The Blogs are contributed by third parties. The opinions, facts and any media content in them are presented solely by the authors, and neither The Times of Israel nor its partners assume any responsibility for them. Please contact us in case of abuse. In case of abuse,
Report this post.

The celebrated author of the ‘Color Purple,’ Alice Walker, has received a lot of negative attention in the Israeli and Jewish media lately for an open letter she penned to Alicia Keys in early June asking the singer to join the BDS movement against Israel and cancel her upcoming July 4th Tel Aviv concert.  While Walker has been portrayed as an anti-Semite or, as Tablet Magazine published, as “patently stupid” as some of her characters, these critiques miss the heart of what is truly amiss with Walker’s letter.  Why Walker dislikes Israel, is driven so passionately to the cause of the Palestinians and feels that radical activism is the only option available to her is no great mystery, but to what end her activism seeks to achieve is a crucial, open question.

Walker writes to Alicia Keys that Israel is a “system that is cruel, unjust and unbelievably evil.”  She implores Ms. Keys to join her in the cultural and commercial boycott of all things Israeli (including performing in Israel) and, instead, to “Please, if you can manage it, go to visit the children in Gaza, and sing to them of our mutual love of all children, and of their right not to be harmed simply because they exist.”  Walker’s letter makes no mention of Hamas or the Palestinian’s way of life, but she seems to believe that if Israel got out of the way, the children of Gaza would somehow be free from harm.

Human Rights Watch (HRW), in its most recent 2012 annual report on human rights abuses in Gaza, lists hundreds of instances of state sanction tortures, warrantless arrests, arrests of civil and social activists, arrests of peaceful protesters, harassment and violence directed towards individuals based on morality offenses, as well as media censorship.  To mention the human rights abuses in Gaza, or the mandates regarding killing Jews in Hamas’s charter or the fact that the US, Canada, Japan and the EU all list Hamas as a terrorist organization is almost cliché now in certain circles, akin to blaming the victim, but must be mentioned to understand Walker’s letter in full context.

HRW points out the lack of due process and official targeting of individuals based on morality offenses in Gaza, which is only the tip of the iceberg as those are just the official acts of the government, not indicative of the broader culture Hamas has created within Gaza. Since the unilateral Israeli disengagement and the 2007 election of Hamas, Gaza has been at the mercy of its own self-determination and as such is responsible as a collective for the way it treats women, gays and lesbians, immigrants, non-Muslims and other minority groups.  In standing with the people of Gaza, Walker advocates on behalf of a culture that would limit her own rights and persecute her on the grounds of her gender, religion, sexual orientation and social activism.

Alice Walker and those on her side of the political spectrum can argue against universal moral values, in favor of the right of self-determination for a cultural and national group, but in doing so, Walker must show an understanding of the kind of Gaza she is working towards creating.  Walker draws parallels in her letter between the BDS movement against Israel and the civil rights struggles against apartheid South Africa and the Jim Crow South.  While the methods may be similar and the BDS movement against Israel is completely legitimate, the moral equivalency between the three struggles is non-existent.  A “free South Africa” and a “free Mississippi (where Walker struggled for equality)” promised equality before the law and freedom of expression, while a “free Gaza” most certainly does not.

Walker calls Israel “evil” and “unjust,” but, despite its many flaws and challenges, Israel operates a fully open and fully democratic process.  Israeli culture too offers a pluralistic, open public sphere that has recently seen a woman of Ethiopian descent crowned Ms. Israel, an Arab house wife finishing second on Israeli top chef and every other day at my local AM/PM I am sold groceries by one of the many young, Arab and Jewish, transsexuals who work there, despite the fact the store must close in observance with religious holidays due to its proximity to a Synagogue and religious school.  Coinciding with Walker’s letter was Israel’s acknowledgement and celebration of Gay Pride week, the largest annual public event in Tel Aviv, which contrasts strongly against the persecution and illegality of homosexuality in Gaza—allegations of pink-washing aside, one would think that as the former partner of gay rights icon, Tracy Chapman, these facts should resonate with Walker.

Within the Israeli culture and political system, an individual of Walker’s talents and name recognition could very effectively raise large sums of money to donate to campaigns, elected officials or organizations working within Israel to end the occupation of the West Bank or the blockade of Gaza.  Walker could organize or join one of the many peace movements in Israel that rally tens if not hundreds of thousands of people across Israel to denounce the government’s policies, the settlements and the occupation.  Thru the democratic process within Israel, Walker could undoubtedly enact far greater and more impactful change within Israel policy then she ever could with BDS or attempting to break the Israeli blockade of Gaza.

The great irony of an American civil rights hero, some forty years after her greatest triumphs, using her continued right to freedom of speech and self-expression to advocate on behalf of those who wish to end the freedom of speech, self-expression and, at times, the very existence of those they disagree with is stunning and I hope Alicia Keys and anyone else reading Walker’s letter considers this (not just because I have tickets to her concert).  Walker could have written to Alicia Keys and expounded on the virtues of activism within the democratic process, urged Keys to travel Israel and the occupied territories, to meet people on the ground for a greater understanding of the conflict, to petition the Israeli government with her recognizable name and celebrity clout for a change or to rally Israelis to do the same, but instead she asked Keys to shrug the democratic process and to stand with a totalitarian brand of Islamic governance that does not value individuality or human rights.

About the Author
Alexander Griffing was born in Boulder, Colorado and raised in Steamboat Springs, CO. He earned a BA in Government from Claremont McKenna College in CA. A former White House intern and Teach For America 8th grade Science and Social Studies teacher, Alexander has lived in Israel since 2010 and is currently a graduate student at Tel Aviv University.
Comments