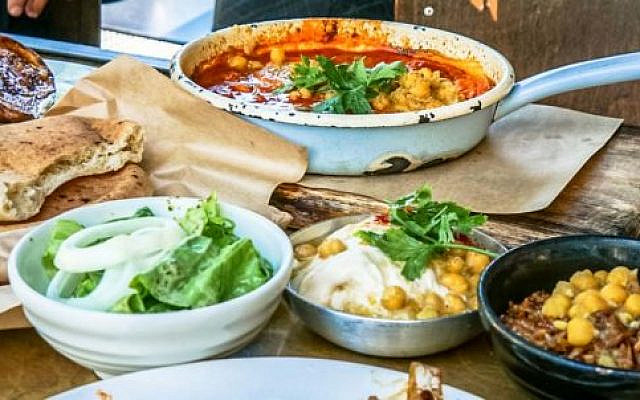 Everyone knows that making aliyah is a very personal decision. Even if someone feels a strong connection with Israel, moving one’s life to a different country, culture and language is not a simple task, one that cannot be forced. (Though it is interesting to note that most Jews from around the world who moved to Israel in the early years of the state did so out of necessity and not necessarily voluntarily.)

That being said, I do believe that the number of American Jews making aliyah each year could and would increase if more of them knew how rich, happy and fulfilling their lives could be in the Jewish State, despite the fact that they’ve only toyed with the idea of aliyah in the past, if at all.

On that note, I am happy to launch, on this Yom Ha’Aliyah (Aliyah Day) in Israel, a new blog series in which I will be exploring various, albeit non-mainstream, reasons for making aliyah that many, if not most, American Jews probably haven’t considered.

In this first blog, I will focus on possibly one of the least explored reasons for moving one’s life to the Jewish State, but one that, after many years of living here, I really believe should be close to the top of the list:

Being that food is one of life’s most important and popular daily activities and that kashrut is such a central pillar in the lives of kosher-keeping Jews, I seriously would have expected that more Jews would make aliyah to Israel simply because of the abundant and incredible kosher food this little country has to offer.

Now, I didn’t grow up keeping kosher, but when I started to in my young 20’s I was living in New York City at the time. I was definitely impressed by the sheer amount of kosher food available, from bakeries to sushi to Indian and more, but at times I was equally unimpressed by the cost of many of the restaurants I visited whose quality did not merit such high prices. When my family would go out with me, and then later me and my wife, to eat at a kosher restaurant, they would often leave angry from their gastronomical dissatisfaction and from the astronomical bill. (Not the case when they started to visit us in Israel.)

And once you leave NYC limits, kosher dining options plummet tremendously. Most places you visit in America have little to offer in terms of kosher dining, if anything at all. One has to rely on the local supermarket for their kosher wares, and the fact that kashrut organizations in America have done a phenomenal job convincing thousands of food producers to get kosher certification despite the fact that less than 1% of Americans keep kosher!

I have visited many friends in the States whose kosher restaurant options consisted of sushi, pizza and falafel. And it was not uncommon to see those three very different food choices sold at the same restaurant from the same menu!

When those same friends of mine tried to impress me with the special, separate kosher section of their local supermarket, I was embarrassed for them and literally wanted to drag them to the nearest Israeli consulate to begin filling out papers for aliyah.

Jews in America who keep kosher, you deserve better. Much better.

And if you’ve visited Israel yourself, which I imagine most of you have, you know exactly what I mean when I say that Israel is kosher food paradise.

It hits you shortly after you land, before you even leave the airport, upon seeing multiple food establishments where you can pick up something yummy and kosher to eat. In the airport!!

It hits you again when you arrive at your destination and you need only to walk a short distance to feel like you are in kosher heaven, where the only difficult decision is what to eat, not what can I eat.

And then it hits you over and over again during your stay.

When you take your family out for sushi and you can still afford to send them to college after you pay the bill.

When you eat at a Moroccan restaurant and can’t believe there is more food coming after you ate all of the bread and salads that they filled the table with.

When you go out for hummus and leave impressed and satisfied, becoming a new believer that hummus can actually be a full-on meal.

When you visit Shuk Mahane Yehuda and spend three hours eating lunch four different times because you are so incredibly overwhelmed by all of the kosher food available right in front of your eyes (and mouth).

When you go shopping at a mall and are just giddy that you can shop AND go out to lunch under the same roof.

And the list goes on and on and on.

Because Israel is truly (and obviously) the global capital of kosher food.

But not just food that is certified kosher.

Food that is certified kosher AND certified delicious. Which, I know, for some people in the world is an oxymoron.

But not in Israel.

Because in recent years, Israel has created a thriving, inspiring and unique food culture.

I made aliyah in 2004. I don’t know what it was like in Israel before that and especially not in the early years of the state, but I imagine the food culture wasn’t exactly thriving or all that exciting. The country was too engrossed with security issues and economic survival to focus on opening up gourmet kosher restaurants, getting creative with its food cuisine and attempting to get the world to notice what it was eating.

On a domestic level, the creation of the State of Israel in 1948 opened the doors wide open to a convergence of Jews from around the world back to their homeland.

And with these different communities came the smells, colors, spices and tastes of the foods that they cooked and ate in their corners of the Diaspora.

And Israelis of different backgrounds were exposed to each other’s very different food traditions. And together, from the Yemenite to the Moroccan to the Ethiopian to the European to the Iraq to the American, they became the Israeli food tradition. So much so that the foods of Israel tell the story of the Diaspora communities the Jews left behind after hundreds, and sometimes thousands of years, in order to take part in the great return of the Jewish people home.

And now Israelis, in addition to enjoying independence and sovereignty for the first time in over 2000 years, get to do so while benefiting from one of the world’s most unique and inspiring food culture, the likes of which have never been seen in Jewish history.

So tell me, is that not good enough reason to make aliyah??