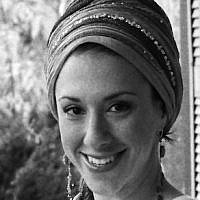 [I meant to write my next article at three months, then four months, then six months, but life, work, and baby #2 got in the way. Tantan is almost eight weeks old now and I feel like I’m finally getting my feet back under me. So here it is…the three month blog, written one-handed, with a newborn on my lap.]

I have been living the Israeli dream for seven months now and it still occasionally feels like I’m on vacation. I worked for three months in the South Tel Aviv area until I gave birth, joined an art chug in my community, and met new people, made new friends. I visited cousins, dealt with bureaucracy (and the damned post office), rode the bus daily, and settled into life in this country halfway around the globe.

At about three months in, I learned a vital lesson and it hasn’t changed since. Life in Israel is about the bigger picture. It isn’t the daily grind — it’s the weekly one, the monthly one, and soon enough, the yearly one.

We can so easily get caught up in the frustrations of dealing with doctors and the medical system, the buses and their infernal everything (schedules, drivers, passengers), the damned post office, inconsiderate Israelis, the random terrorist attack — I know I have. There were days when I was in tears from the anger I felt that THIS COUNTRY was so backward. There were weeks where I wondered how THIS COUNTRY, so forward-thinking and tech savvy, couldn’t figure out its bureaucratic crap. How THIS COUNTRY could have such a horrendous public transportation system when it got to start from scratch, and how THIS COUNTRY could be so unbelievably third-world.

And then one day, I got on the bus (either the 68 or the 70) and experienced another ridiculous “bus event,” as I’ve started calling them. I believe it was the time we took a tight turn and — yes, it finally happened — we hit a car. I was sitting in the front and heard the crunch. I had been headed home in the hopes of getting to hug my toddler before bedtime. And then this.

I thought briefly about getting upset and then, I didn’t. I realized I was amused. Just another ridiculous bus story, just another experience… but in the larger scheme of things, I was fine, the bus was fine, no one was injured. Just the car’s side mirror and part of the bumper were not fine. A bus ticket-checker came onto the bus and started making fun of the driver to me in rapid Hebrew; when I asked him to slow down since I was a new olah, he guessed, “Espanol?” I said, “Anglit.” He walked away; who knows why? But instead of being offended, I was tickled because he thought I was Spanish.

Eventually the driver got back on the bus and we proceeded home but my attitude had shifted. 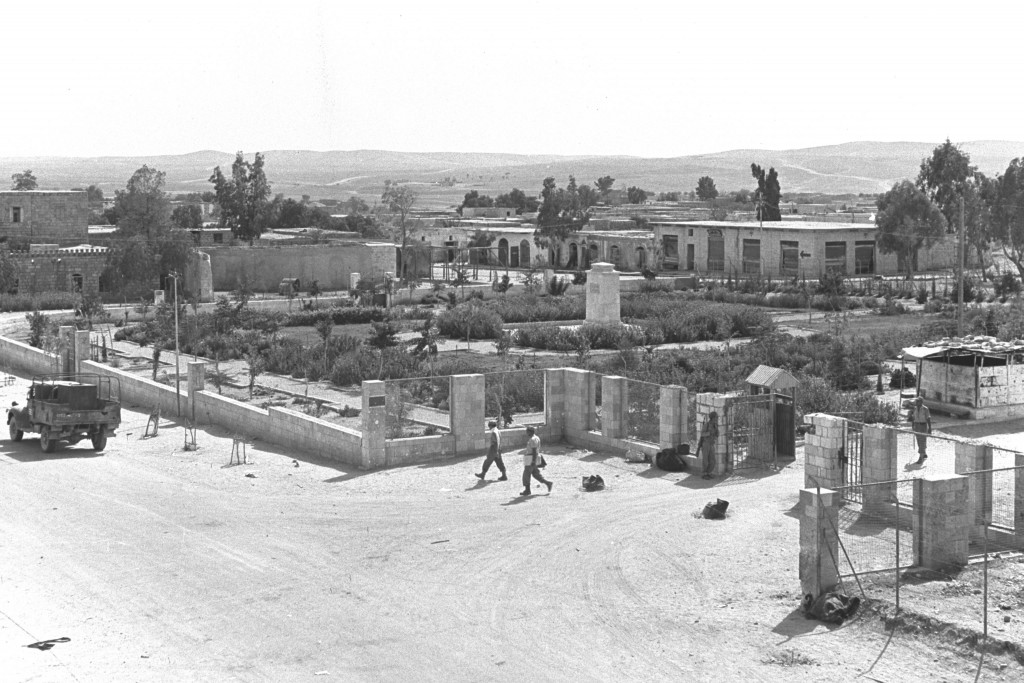 This country is a baby, only 67 years old. My father is older than this country. She started with nothing. Not much infrastructure, 860,000 people, and a war that demolished large chunks of cities. 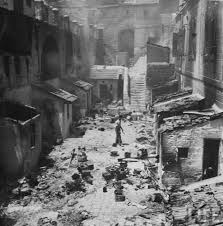 Rubble lying in the streets after Arab looting of Jewish homes. Jerusalem. Taken in June 1948 by John Phillips. 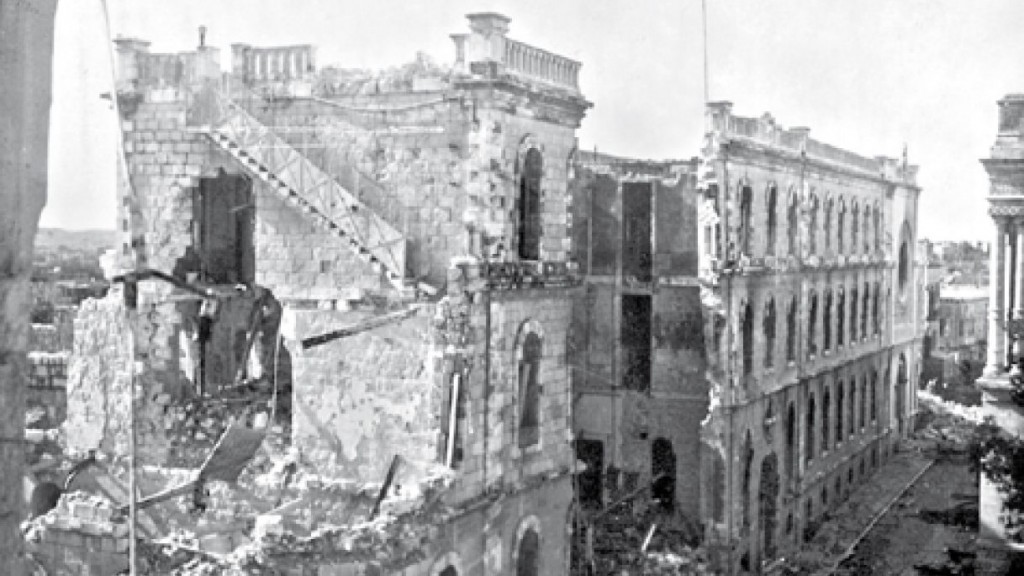 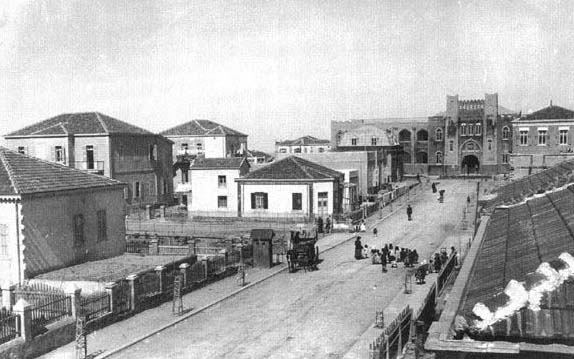 A view of Hotel Armon HaYarkon and main street in Tel Aviv in 1948. Original photographer unknown.

She now has over 8 million people living within her borders, an 865% growth in less than seven decades and she’s had to grow and expand, quickly, to accommodate everyone. I think THIS COUNTRY should be given a break.

Each day here is a new adventure. Each day holds another possibility of being aggravated by red tape, too-hot weather, idiot bus drivers, rude Israelis, you name it. But I’ve also experienced the good in the midst of those days of tears. Passengers yelling at drivers to let someone on (or off), strangers helping older people by pushing or lifting their bubbe carts, Arab strangers showing cartoons to your toddler on their phone, store owners (strangers) staying open for you and giving you the items you need, simply trusting you to come back to pay it, random neighbors (strangers) lending you maternity clothing, strangers walking next to you on the street, wishing you a healthy and easy birth. Strangers living in this country, Jewish and Arab alike, doing things to help other strangers.

I can’t say exactly what triggered the change. Maybe I finally found humor in the futility of having patience for certain things here… maybe the #onlyinIsrael situations finally tipped the scales, maybe I simply got used to the differences between my two countries and let go of certain unrealistic expectations, maybe my pregnancy hormones calmed down that day, maybe my quirky sense of humor finally returned — maybe all of the above.

All I know is that there are bound to be situations where I want to pull my hair out and cry (damned post office). And while I am sure this happens in all countries, I likely expect more from Israel because she is mine, like we do from our own family. Israel is a family (of strangers). Some of us are great, some misunderstood, some annoying, some are clueless, but most of us do the best we can for each other.

So I smile, laugh or roll my eyes at what inane thing happened today, and say to myself something a very wise and intentionally happy man taught me when he made Aliyah…