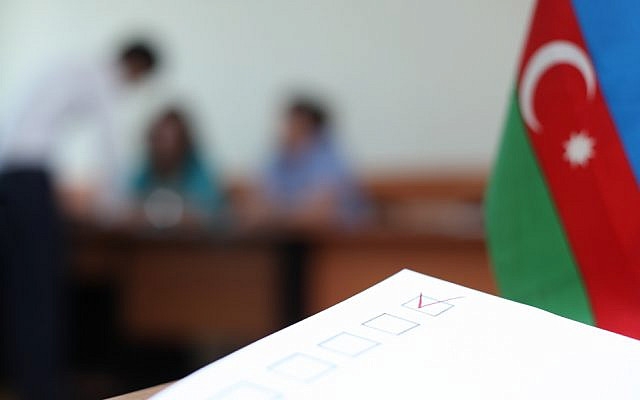 Azerbaijan is to hold snap parliamentary elections on 9 February. The decision was made last year, as the long-time authoritarian leader of the country, Ilham Aliyev, started to accelerate a cabinet reshuffle. The reshuffle and elections are part of his controlled changes in order to make the regime more flexible and responsive to the growing dissatisfaction and socio-economic challenges in the country. The gradual expansion of the iron-fist authoritarian regime in Azerbaijan began in 1993 under Ilham’s father, Heydar Aliyev. Following the 2010 parliamentary elections, the authorities unofficially banned any opposition representative from election to parliament. Appointed MPs were loyal to the ruling family and they earned their seats through corruption, bribes and strong ties with the establishment. It worked for many years and the limited parliament, totally controlled by Ilham Aliyev, was instrumental in his policies to keep his power unchallenged and pressurise critics of the government.

Events in neighbouring Armenia in May 2018, culminating in the Velvet Revolution led by Nikol Pashinyan, were a wake-up call to President Aliyev. The peaceful street protests in Armenia gained momentum, within a short period of time transforming into peaceful disobedience and eventually forcing the old political establishment out of power. These events left Azerbaijan as the only authoritarian country in the South Caucasus region. The anxious Azerbaijani government’s intolerance of the constitutional rights of its citizens culminated in the regime no longer sanctioning even a very few public protests in a designated area on the outskirts of Baku.

When the sharp drop in oil prices in 2015 led to economic setbacks, as the economy is fully dependent on oil and gas exports, the repressive state apparatus applied the usual tactics which only exacerbated the situation. For a long time, representatives of the Aliyev regime, including President Aliyev himself, talked about economic diversification but did not do much about it. The massive state level corruption and the flow of oil money westwards into offshore bank accounts and properties whilst economic realities began to bite at home made the government realise the potential for upheaval; grievances in society could easily turn into a political movement to challenge the reign of the Aliyev family. Thus, Ilham Aliyev chose not to wait and immediately moved to reshuffle his old, mostly Soviet era, team, who were used to operating within a certain framework with old-fashioned tactics.

However, bringing in new, Western educated technocrats, who are loyal to the ruling family first and foremost, getting rid of unnecessary, costly bureaucracies and looking for means to revive the stagnated economy should not be mistaken for genuine economic reforms. These changes are structural reforms, which help the system withstand the pressing challenges, thereby emboldening the regime. Therefore, Aliyev had to replace and terminate his appointed, useless and ineffective parliament with a new one.

Of course, it would be foolish to expect fully democratic elections in Azerbaijan under the current circumstances. But what is certain is that Ilham Aliyev wants to present himself as a reformer internationally and domestically, and the snap elections are a chance for that. Possibly, what he wants is to get great applause from Western political institutions for his recent “reforms” which would help his regime to re-establish beneficial ties with Western democracies. Overall, Mr Aliyev’s structural reforms and his snap elections will be crucial for the longevity of his family’s political rule. Once again the regime is not facing a serious challenge from opposition groups, as the opposition and their decayed political approaches seem to be useless in challenging the ruling system, which tends to make decisions that catch its opponents by surprise. New methods and perpetual campaigning by new faces are crucial to facilitate true democratic change in Azerbaijan.

About the Author
A native of Azerbaijan, I write extensively on political developments in the Caucasus, Iran and the Middle East, including for the website www.astna.biz. I have a Masters' degree in International Politics & Human Rights from City, University of London.
Comments