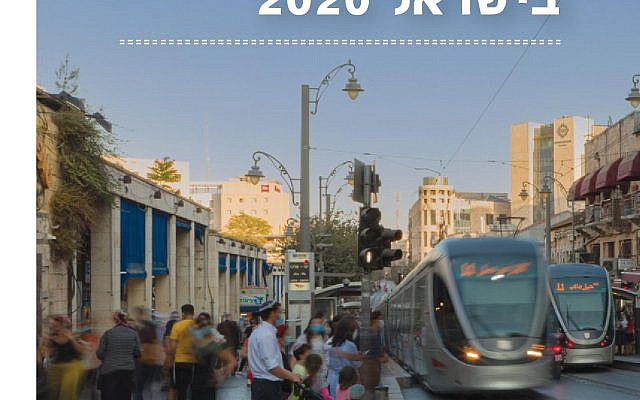 Environmental Health in Israel 2020, A chronicle of progress and future challenges

It was exactly 30 years ago that I opened up a new environmental organization in Tel Aviv: Adam Teva V’din, the Israel Union for Environmental Defense. Having just passed the bar exam and with a newly received doctorate in public health, I assembled a team of attorneys to sue the many companies polluting Israel and a government that was not doing much to rein them in. Given the myriad problems which cried out for litigation, I hoped to apply what they taught me in graduate school. We wanted to be strategic and address “worst things first”. The trouble was, that it was practically impossible to get any meaningful data about the broad range of environmental hazards poisoning Israel. So, we made decisions intuitively and muddled forward. Luckily, in 2021, that is no longer the case.

In 2007, a brand new Israeli Environment and Health Fund (EHF) was founded and stepped into Israel’s green ecosystem. Its goal was to catalyze research and analysis about the interaction between local environment contamination and human health. This Monday, the fund will hold its annual conference to review recent scientific findings. In advance, it released its latest report: “Environmental Health in Israel – 2020.”

Over the years, I have perused most of the previous versions of the EHF reports with varying degrees of concentration. This time, however, I was asked to be on a panel to review the report’s conclusions. So, I found time during the past week to hunker down and fully digest this exceptional document. It is replete with fascinating and valuable information. But the broader sub-text also tells an amazing chapter in Israel’s environmental evolution.

The 2020 report’s 14 chapters describe every conceivable environmental health ramification: from exposure to toxics in consumer products to micro-contaminants in waste water and pesticides. Because it is such a detailed and meticulously documented summary of local scientific findings and their policy implications, it is surprising how readable, comprehensive and decidedly germane it is for policy makers. The central goal of the report is to monitor progress made during the past several years in improving local environmental health, based on the recommended agenda the Fund set out in the 2017 report. It is also chalk full of fascinating facts – and even some happy news.

Air pollution still poses the single greatest environmental insult to Israel’s public health. But things have gotten better. The report documents a dramatic 57% drop in ambient concentrations of deadly respirable particles (PM 2.5 and PM 10) due to local electricity plants’ recent shift from coal to natural gas. The drop in “stationary sources” means we now can pay more attention to mobile sources. Today, old diesel vehicles make up 80% of these air pollution emissions. From a regulatory perspective, they constitute “low hanging fruit.” For several years Israel ran a “cash for clunkers” program where owners were paid to retire their old, polluting cars. The initiative expedited the removal of thousands of “super polluters from our roads and highways. In 2018, this program was resurrected to address the diesel pollution problem. The program should soon translate into cleaner air for all to breath.

With the most acute environmental exposures starting to attenuate, Israeli researchers can also start to explore entirely new areas of concern. For example, a Technion, Ben Gurion and Hebrew university research team observed that air pollution from mobile sources is associated with elevated numbers of miscarriages between the 10th and 20th week of pregnancy. Haifa University researcher Maya Negev and her colleagues from the health ministry found disturbingly high concentrations of trace metals and other toxic chemicals in locally sold toys and other children’s products. The report contains literally hundreds of such important findings. To give readers a sense of perspective, the EHF report frequently refers to OECD rankings which now grade Israel’s environmental performance compared to other developed countries. Sometimes we seem to be doing quite well – and in other cases abysmally. For example, while Israel gets high marks for its marine and water regulation, it also appears to be a “leader” in exposure to photochemical pollutants like ozone.

At the end of every chapter, the report provides brief abstracts of recent Israeli research about health and the environment from the past few years. The hundreds of studies summarized constitute a dizzying array of research activity taking place in the field. And here’s the things: Many of the projects that produced these international publications can be traced to EHF grants. Fueled with a continuous stream of modest support, it seems that Israel has emerged as an academic powerhouse in the field.

Here, for example, are just a few of the findings emerging from Israel presented at the end of the chapter on climate change that are of interest to the planet:

The EHF report reveals an impressive level of cooperation between Israeli academic institutions, who seem to exhibit a refreshing inclination to work in collaboration with other hospitals and universities — rather than go at it alone. Being familiar with academia, I must assume that this did not happen by itself. Rather, it is a result of the incentives that EHF provides for consortiums — along with the creation of a local environmental health research community that the EHF created through the numerous workshops and conferences it convened over the years.  And many of Israel’s top, young environmental health researchers today are past recipients of generous EHF fellowships to receive advanced training at leading academic centers around the world.

Of course, there are some very impressive people behind the remarkable emergence of Israel as an international, environmental health superpower. EHF director, Dr. Ruth Ostrin has provided a sophisticated, steady and strategic hand at the helm from the very start. Among her many impressive achievements in this position is an exceptional connection with top environmental health researchers from around the world on whom she relies for advice. Engaging people like University of Wisconsin air pollution sensation, James Schauer, or Harvard risk assessment guru, John Evans, means that local researchers enjoy feedback from the very best minds in the field. Indeed, prior to publication, the present report was reviewed by my former classmate, University of British Columbia, environmental health maven, Professor Michael Brauer. Linda Birnbaum, until recently the director of the US Institute for Environmental Health Sciences has taken a growing interest in Israel’s circumstances over the years. She even wrote the concluding chapter in this year’s report.

In addition, for several years, Ostrin has partnered with some of the best minds at the Ministry of Health. Most notably, environmental toxicologist extraordinaire, Dr. Tamar Berman – and Prof. Itamar Grotto, whose straight shooting medical dictates about Covid made him a household name in Israel during this year pandemic year.

Even if Israeli research grants tend to be somewhat smaller than those offered by international funders, high quality, scientific research costs money. Naturally, one might wonder who is writing the checks for this remarkable enterprise. Once again, Israel needs to express its appreciation to the Rothschild family. Like Dr. Ostrin, the Yad HaNadiv fund generally tries to keep a modest profile. We usually recognize this foundation for bankrolling our Knesset parliament, the Supreme Court and now building Israel a new National Library. In recent years, however, it has also become the leading supporter of non-governmental environmental protection work in Israel.

The fact that many years ago, Yad HaNadiv understood the importance of characterizing the effect of environmental exposures on local health, and then had the stamina to stick with the EHF project as it played such a transformational role in the field, speaks to the wisdom of its board and staff.

Every chapter in Health and the Environment in Israel – 2020, contains a summary of how we have progressed since its 2017 report. Invariably, there are challenges where the country gets a “green” high grade — or alternatively — a less complimentary, “yellow” or “red” colored mark, where we have made only modest progress or none at all. How lucky we are that someone is monitoring any advances made – and highlighting just how far Israel still has to go to enjoy a truly healthy environment.

About the Author
Alon Tal is a professor at the Tel Aviv University Department of Public Policy and a veteran environmental activist.
Related Topics
Related Posts
Comments