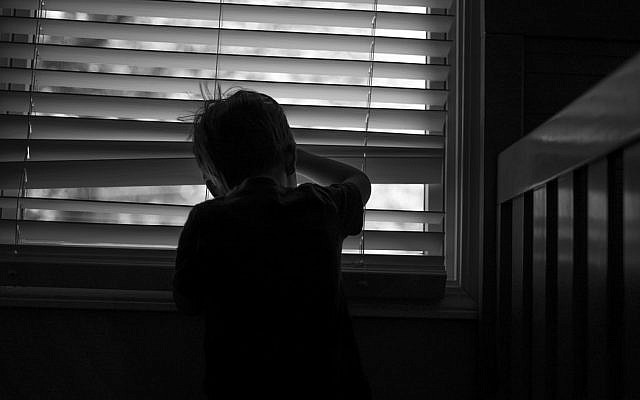 Hundreds are hospitalized in isolation, hundreds of thousands who have possibly been exposed to the COVID-19 virus are in quarantine and everyone else has also been instructed to stay at home alone as much as possible and to go into “social isolation.” In the Torah, it is the leper who is secluded. The sages explain that he must contemplate the fact that with his negative speech, he ruptured the social fabric – separating husband and wife and creating discord between friends. He must spend his time in isolation, repenting until he can return to his family and use his speech to convey positive, unifying, connecting words. This is an important lesson – for the public and the individual – particularly when in Israel, it comes on the heels of three consecutive election campaigns.

A basic rule in Chassidut is that every descent is for the purpose of an ascent. On a deeper level, the ascent is part and parcel of the descent, itself. Let us contemplate on how we can find the ascent within the descent – how we can deepen our interpersonal connections while experiencing the isolation and social distancing dictated by the virus.

First, it is important to remember that isolation is meant to protect others. It will not help the person in isolation, who has already been diagnosed or exposed to the virus. Our willingness to change our lives and make an immense effort for others is already a connection based on love. A Chassid is defined by the great care that he takes not to harm others and by his willingness to expose himself to harm in order to save others. What may be viewed as “stringency” in protecting oneself – by employing quarantine or social isolation – is really a Chassidic beautification of the mitzvah of love for our fellows.

Second, by contemplating on its numerical value, corona highlights the prayer, “Refah na lah,” (“Please heal her”), a short prayer which should be at the tip of our tongues during this pandemic. The sages teach that the ill person’s prayer for himself is better than the prayers of others for him. “The heart knows the bitterness of its soul”[1] and it is the patient himself who can feel the depth of his pain. The internal point of sorrow of the ill (k’tzirai) and suffering is expressed by their “short (katzar, cognate to k’tzirai) prayer – a sigh of prayer that expresses more than any long prayer that may not be flowing from the bottom of the hearts of those praying for the patient. When a person is alone, he can delve deeply into his point of isolation and achieve full identification with others. Just as Moses identifies with his sister, Miriam in her isolation – and feels her leprosy on his own flesh, so with our prayers during these days – even if we are praying alone (yachid), we can and should reveal the level of yechidah (the singular one) of the soul and completely connect to and identify with those who are ill.

Third, the true connection between us often depends specifically on isolating ourselves from what is outside us, and focusing deeply inward. Outside, there are many separations between people. But on an inner level, we are all united. Our bodies are separate, our external realities are separate – but our souls are from the same root. At a time when we enter deep into our inner sanctum, we can re-invigorate the existing family solidarity and aspire to make marriage-matches, as well, so that there will be more homes and more families in the Nation of Israel. Entering inside ourselves, into our existential loneliness – reveals our soul root and reminds us of our need for togetherness. It helps us to focus on the main things in life and frees us from the triviality of externalities, fostering our ascent to new levels of unity and to the establishment of new Jewish homes.

We are all in this alone-but-together!

Photo by Jeff Hendricks on Unsplash