The French system of presidential election includes direct national primaries, a direct national election, and a runoff. Most modern democracies are parliamentary systems of one form or another. What might this election cycle in the United States have looked like if the US employed some other election or political system? 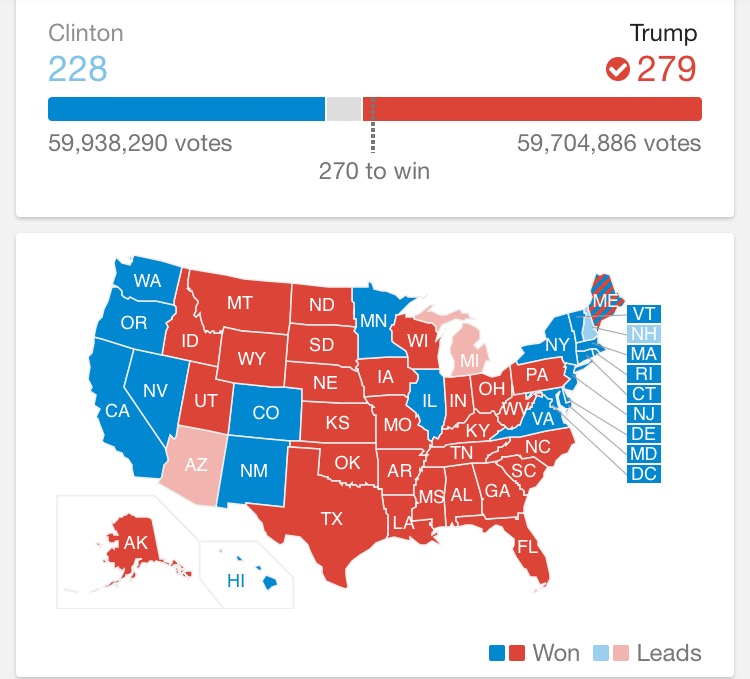 Since early 2015 Americans have been building up to this election. Now that it is over the results leave a bad taste in our mouths. Donald Trump has won based upon the Electoral College despite Hillary Clinton winning the popular vote. Twice in as many decades the Electoral College has rendered a winner other than the popular choice. Americans on both sides do not trust our voting systems and safeguards.There are always concerns over voter fraud. The existing system desperately needs reform.

The Framers of America’s Constitutional system made one glaring error: the Presidential election system. Direct election of the president was discussed at the convention, having the support of figures of no less renown than Benjamin Franklin and James Madison. The logistics of holding a direct election in the late Eighteenth Century were simply too difficult. The 3/5ths Compromise had also been adopted which gave southern states the ability to count each slave as 3/5ths of a person for the purposes of apportioning the House of Representatives. The southern states would have an undue influence in the House, why not extend that to the Presidency? By establishing the Electoral College each state would have votes equivalent to the states total representation in Congress: two senators and their total representatives.

Originally, the states could choose their electors any way they wanted, and technically they still can. Originally, each elector had two votes and would cast them for the candidates of their choice. The winner became the President and the runner up the Vice President. This worked well enough for the extremely popular George Washington with John Adams as his Vice President (VP) of choice. In 1796 this election system rendered President John Adams and Vice President Thomas Jefferson; imagine a VP who is the opponent of the President! In 1800 Jefferson and Aaron Burr tied and this led to a crazy contingent election in the House of Representatives. In 1804 the 12th Amendment was ratified which separated the Presidential and Vice Presidential elections. Abandoning the original election system was thus the first major structural reform to the original constitution and to this day, one of the most significant.

In the late 1820s and ’30s Andrew Jackson and the newly formed Democratic Party would push the states to adopt winner takes all, which handed all of the state’s electoral votes to the winner of the plurality in each state. In this way, he enhanced his party’s electoral successes. Nearly two centuries later, we are largely stuck with the same system.

In France, the president is elected by direct national election. If none of the candidates wins a majority in the first round, there is a runoff between the top two candidates. The political parties also hold direct national primaries, also with runoffs, to choose candidates which would have spared us the months of state-by-state primaries, super delegates, power outages, and coin tosses.

If America used the French system, it is possible that Senator Bernie Sanders (I-VT) not Secretary Clinton would have been the nominee for the Democratic Party. The election between Hillary Clinton and Donald Trump  did not give any candidate the majority in the first round. In this system we would be awaiting a runoff right now between these two candidates. The winner would be the democratic choice of the voters. Third parties might also have earned more votes since voters would know that a runoff is likely.

Voter fraud is also a major concern as is the security of electronic voting machines. A Constitutional Amendment to establish direct election and a runoff could also grant Congress, instead of the fifty states, the power to establish the election laws for federal elections. Our elections would be then be more secure all around.

In recent elections many have been concerns about organizations registering fake voters. There have been addresses found where ten or more people are registered, yet no house exists. Pew Research holds that as many as 1.8 million registered voters are dead and have yet to be removed.There are also, whether by error or by deliberate fraud, many voters registered in two states. Electronic voting machines can have errors and many have been concerned about their security. With fifty states making fifty different sets of rules and no agreement in the courts, this mess could take decades to sort out and many problems will persist. Congress could sort this out with a single bill with bipartisan support.

Most modern democracies are parliamentary in nature. Voters elect the members of the lower house of the legislature and that house chooses a Prime Minister who, together with the cabinet, leads the country. This is considerably different from a Presidential system wherein the individual person who is elected president may select cabinet members, issue orders to the executive departments, and utilize their own individual judgement to make decisions that effect the entire country. 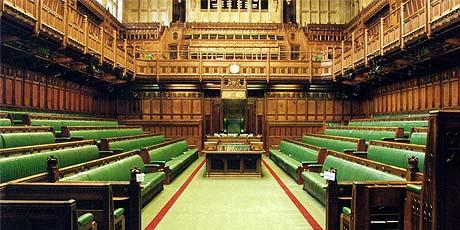 The House of Commons Chamber, Parliament of the United Kingdom.

A key affect of the parliamentary system is that a party is chosen to lead, not an individual. The leader must influence other party leaders who make choices together, moderating policies such that they better reflect the desires of the entire party. A president, by contrast, can represent only one faction of a party at best. If a Prime Minister (PM) tries to drive a policy that is out of sorts with his or her own party, the party can remove the PM at any time. If the party is unpopular, new elections can be held at any time. A parliamentary leader must therefore balance his or her policies to please the entire party and cannot drive policies that are so extreme that they might upset the electorate–a tricky balancing act that better serves the will of voters.

If America had a parliamentary system we might have had a rather boring election between Charles Schumer for the Democrats and Paul Ryan for the Republicans. Both of these men are seasoned professional political leaders who are unlikely to propose extreme policies. Again, they would need to unite their respective parties and balance their party interests against the popular will; or face ouster at any time.

A president, once seated, can drive whatever policies he or she wants irrespective of the popularity of those policies. A president cannot be removed from office except by means of being charged with a crime by the House and being tried in the Senate. Finally, a 2/3rds vote of the Senate is necessary to remove the president. There is no accountability for a president until the election and even then, the only choices that will be presented will be two individual people who represent only a single faction of their respective parties. If voters do not like the alternative candidate, they are forced to reelect the unpopular president.

Americans have been extremely reluctant to reform our political system, and this system has a great many challenges. Even as we are divided about the outcome of this election, can we please unite in our resolve to bring reform? Winning an election without a voting majority is not the victory Republicans wanted or expected, nor is it the defeat Democrats wanted. America loses when our election results are out of sorts with the public will.

An Amendment could be crafted to accomplish direct election, give Congress jurisdiction over federal elections, and create the flexibility to evolve into a parliamentary system. This would answer the problems we have seen in this election and that of 2000, while creating the flexibility to grow into a more modern form of democratic republic. If Benjamin Franklin and James Madison could speak to us today, aware of our circumstances, they would demand just such a reform.