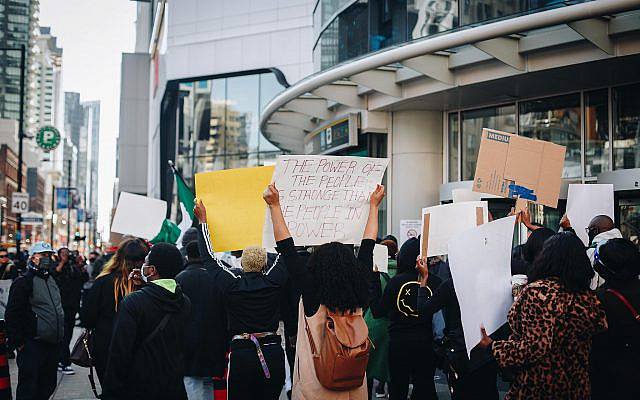 Protesting Against ..... something (Free to Use Photo by Tofunmi from Pexels)

M25 protests: Eco-activists block junction on motorway for third time in a week
(The Telegraph 17 September 2021)

Video footage of the protests shows police officers helping the protestors, who caused major disruption to traffic on the busy motorway. One officer was seen stopping traffic to let them get on to Britain’s busiest motorway. The policeman helped protesters walk in front of cars at a major junction and watched approvingly as they sat down and blocked the road.

Readers who think I am making this up should look at the Telegraph news reports.

I was inside the bank. This had not been difficult; I had used a handy brick to smash the large glass window. But the safe was proving to be a problem. I did not have the combination, it was going to need force, even some violence. Luckily, I had brought an assortment of safe breaking tools. (For younger readers, these are tools for breaking into safes, not breaking tools that conform to Health and Safety regulations and are safe to use.)

Suddenly the walls of the bank were painted by a bright blue, flashing light. The police had arrived. The first officer to come into the bank did not look happy. He saw the tools I had laid out, an acetylene torch, some drills, and a thermal lance, and immediately realized that he was going to get his nice clean uniform dirty. The second officer was a little younger, but neither was old enough to remember the days when the police were not allowed to help safe breakers.

Can we be of assistance, asked the first police officer. I was tempted to send him on his way; I probably had much more experience in these matters than he did. But we all have to learn sometime and today was as good as any.

The world today is a much calmer and safer place now that there is full cooperation between criminals and the police. No more screeching sirens and dangerous police car chases. No more annoying late-night burglar alarms that would ring and ring for hours.

In other times the only losers would be the mask manufacturers, as criminals no longer have to hide their identity. But, luckily for all, the coronavirus has stepped in and kept the mask market going strong. As it is said, you should always look on the good side.