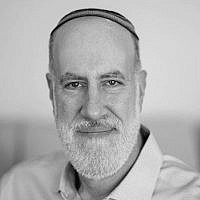 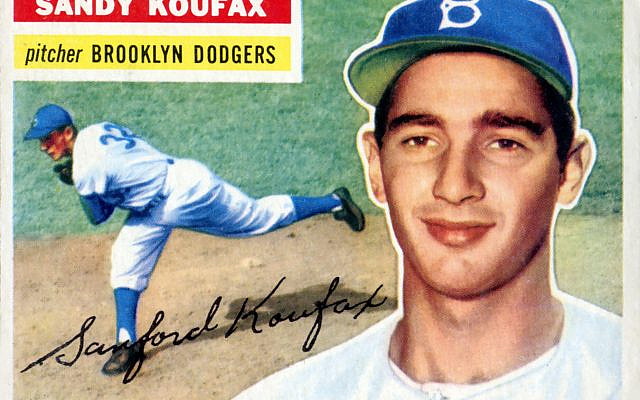 For observant and identifying Jews, life is full of what I will call “Koufax Moments.” The overwhelming majority of them are mini-moments, and likely very private ones, but occasionally we get the opportunity to play them out on larger stages, or fields of dreams.

In many ways Koufax Moments are scenarios that have a high “Kiddush HaShem” (sanctifying G-d’s name) quotient. Sometimes they involve principled actions and sometimes, principled inactions.

For those non-American TOI readers out there, Sandy Koufax (may he live and be well) was the “G.O.A.T.” Hall of Fame baseball pitcher for the Dodgers in the last 1950’s and the 1960’s. During the 1965 World Series, he famously refused to play on Yom Kippur, at a time when such religious statements were rarely made quite so publicly. This steadfastness inspired generations of American Jews and is still cited today quite often. Luckily Sandy won the next game he pitched, and the Dodgers won the series, so it all worked out.

Throughout Jewish history there have been many dramatic Koufax Moments, from Daniel’s long jump into the Lion’s Den, to Samson’s power lift of those Philistine columns, and – to be somewhat maudlin – wasn’t the Spanish Inquisition full of them? Either pitch the pelota on Sabado or go on the permanent Injured Reserve?

When we accept the “Ol Malchut Shamayim” (Yoke of the Kingdom of Heaven) it brings with it a certain expectation of behavior, a value system and a permanent little voice in our heads that usually prompts us to evaluate our actions before we go through with them.

This moral prism often allows us to view actions as not just being within the letter of the law/halacha but within the larger spirit of the law. Fear of that most annoying guy “Morris Ayyin” pops up (generally uninvited) asking us if we should we really be doing this?

Most Jews go through life without a 97 mile-per-hour fastball or curveball, but opportunities do present themselves of our being forthright in our choices. Many Jews in the first half of the 20th century were expected to work on Shabbat (certainly those in retail) and it took concrete personal conviction to make a stand against those norms.

Higher profile Koufax Moments are of course more well known, and if you look carefully, you can still see them today.

Most recently we saw the announcement from American Israeli basketball luminary Amar’e Stoudemire who retired prematurely from his NBA coaching career a few weeks ago since he felt that such work was ultimately incompatible with his Shabbat observance. While this received mention in the Jewish media, it really was a major statement that should resonate with all Shomer Shabbat athletes. I hope Amar’e realizes that many kosher coaching opportunities await him upon his return to Israel.

We have seen the American Israeli marathon champ Beatie Deutsch being denied her dream of an Olympic medal in 2021 since the event was rescheduled for Shabbat (which interestingly didn’t preclude her from an impressive sponsorship deal with Adidas). Definitely don’t count Beatie out yet! More recently (while not an athletic scenario per se) we saw Israeli high schooler Neta Eiger, who was progressing to the finals of the International Chemistry Olympiad, having to curtail his championship run due to the organizers reneging upon an arrangement that would have made an accommodation for his Shabbat observance.

On one hand these Koufax Moments can be sad and greatly discouraging for those who take such a stand, but they can also be deeply fulfilling, since one’s religious commitment usually brings with it a cognizance that life is deeper than scoring points, winning medals or accumulating wealth, and as Bob Dylan once said “you’re gonna have to serve somebody.”

It’s interesting, but with Sandy Koufax’s once in a generation talent, and amazing record in “just” 12 major league seasons, his Yom Kippur non-pitching event stands head-to-head with his record of glory on the mound. It also helps that he is a true gentleman – true to his Brooklyn roots in Borough Park and Bensonhurst (rumor has it that his shoulder and arm problems during his Dodgers career started with a basketball injury sustained when crashing into the wall positioned near the basketball court at Bensonhurst’s Jewish Community House, known as “The J” – a venue I remember well from my playing days).

In my Yeshiva University basketball and beyond playing days I had certain difficulties and restrictions relating to observance (not of course concerning YU), but never a true Koufax Moment, although during my NBA draft and subsequent Portland Trailblazers rookie camp experience, I was in striking distance of one. The rookie/free agent camp started on a Sunday, and if you survived the week without being cut, you would play in a rookies versus the real team game on Friday night, in front of a full arena of fans. While I was not intending on participating if I survived the cuts, Coach Dr. Jack Ramsey made it easy on me before it came to that point and I was back home for Shabbat.

In retrospect I went out there knowing that I would have had to decline an offer, but since my chances were so incredibly slim, I felt it was worth the calculated risk (and temptation) of participating, but up to a certain point (luckily, they didn’t know that before they drafted me).

Who’s next at bat for a Koufax Moment, and in what sport will it occur? I hope that the lucky athlete will realize that the power of their convictions can inspire others more than any triple-double, hat trick or grand slam. BeHatzlacha!

About the Author
Always tall for his age, Dave Kufeld made good use of his stature as an undergrad at Yeshiva College, achieving All American status in Men’s Basketball and leading the nation in rebounding – and subsequently becoming the first known Orthodox Jew to be drafted by an American pro team when he was selected by the NBA’s Portland Trailblazers in 1980 (ironically, he was too short and too observant to fill Bill Walton’s shoes). After completing his professional stint in Israel’s first division (at Maccabi Ramat Gan) he embarked upon a still ongoing career in advertising, marketing, and public relations, with a concentration in law firm and litigation marketing. In 2019, he and his wife Suri made Aliya and reside in Jerusalem, just a wind sprint away from their children and grandchildren.
Related Topics
Related Posts
Comments