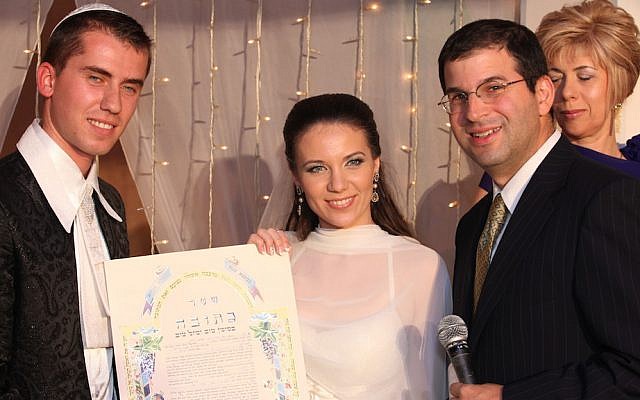 This past Sunday the Israeli Cabinet rejected a proposed amendment to a law which mandates a two year jail sentence for rabbis performing weddings without the approval of the rabbinate, (and couples who marry in such wedding).

Yes. You heard me. At present, I can go to jail for two years if I perform a chuppah.

A year ago, when civil marriage was the talk of the day, the deputy minister of religious affairs was informed that a couple who had married in a non-sanctioned ceremony had separated, and that the woman had now remarried without a get (divorce decree). The deputy minister, fearful that the children of the new union would be mamzerim (illegitimate children), quickly threw together a law which passed through the Knesset without any fanfare, that makes getting married with a private ceremony a criminal act.

With this law, thought the deputy minister, couples would be discouraged from marrying outside the rabbinate and thus, in order to remarry following a failed marriage, they would be forced to submit themselves to “get” or jewish divorce proceedings in a rabbinical court. 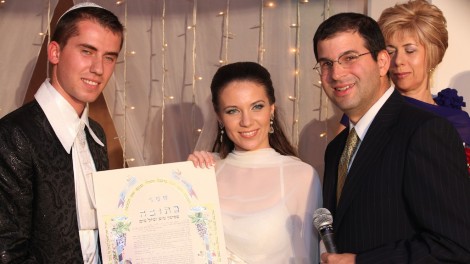 Now, before thinking about the implications of the law, it is important to note that the punishment dictated by the law is disproportionate. According to clause 182 of the chok ha-onshin or punishment law from 1977, someone who performs a wedding knowing it is illegal (for example, someone who performs a wedding for a polygamist) can go to jail for only six months. Does it make sense for someone who ignores the rabbinate to go to jail for 24 months?

But beyond the technical side, I wonder how we got to a situation where we need to punish people for getting married with a chuppah. I’m not sure if there is another country in the world besides Israel that would put me in jail for performing a marriage ceremony without getting it approved first. Am I going to sit in jail because a couple asks me to marry them and doesn’t want the rabbinate involved out of ideological conviction?

But most substantively, let’s consider whether the law might promote bigamy or illegitimate children — which was the great fear of the rabbinate when they put forward the original law.

Well, without the law, couples who were married privately could walk into a rabbinical court and obtain a get without having to be afraid that they (or their rabbi) would be charged with a criminal offense. Perhaps one or two couples tried to “beat the system” but they are a minority. Now, given the criminality of private ceremonies, those couples who choose to marry privately are dis-incentivized from seeking divorces in rabbinical courts. After all, they might be arrested while trying to receive a get.

Simply said, the law undermines the very cause it was meant to uphold.

Over the last few months, my organization, ITIM, working together with MK Aliza Lavie and Mavoi Satum, the organization that advocates for women chained to husbands who refuse to grant divorce, formulated an amendment to the law that would have made marriage (a little more) equitable than it is today and enabled more Jews to live as Jews in Israel. But the cabinet voted down the amendment, thus reinforcing the rabbinate’s total monopoly and their capacity to punish.

If you thought this was a moderate government, just wait till the ultra-Orthodox get back in power. And don’t forget to write to me in jail.

About the Author
Rabbi Seth Farber, PhD, is Founder and Director of ITIM, an organization committed to making Israel’s religious establishment respectful of and responsive to the diverse Jewish needs of the Jewish people, and a Founder and Director of Giyur K'Halacha, Israel's largest non-governmental conversion court network. He is a recipient of the Nefesh B'Nefesh Bonei Zion Prize, and the Israel Ministry of Aliyah & Integration's Prize for Outstanding Contribution to Israeli Society.
Comments